Last year, most eggs from our Coral clutch went bad early on. We had 2 that made it full term. I’ll be honest, when the first one pipped, I was disappointed when I looked in the incubator and saw a yellow snake instead of a pink one. After my first cup of coffee, I took a closer look and was mind-blown with the little head peering out. Apparently this undetermined morph has a horrible survival rate, so I’ve been documenting via photo’s as she grows. She’s around a year and a half old and to my knowledge, there are only 3 that have lived this long. While I do hope to to prove out her genetics one year, I’m just happy that she’s thriving. The first photo is of her when she first hatched and the second is from last week 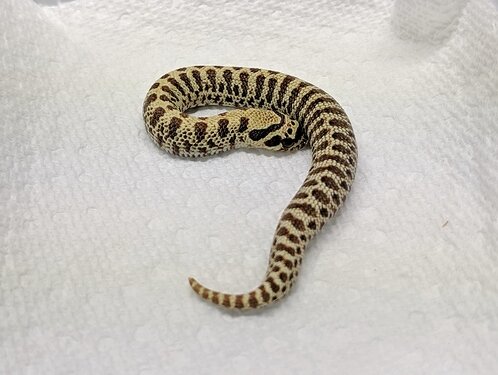 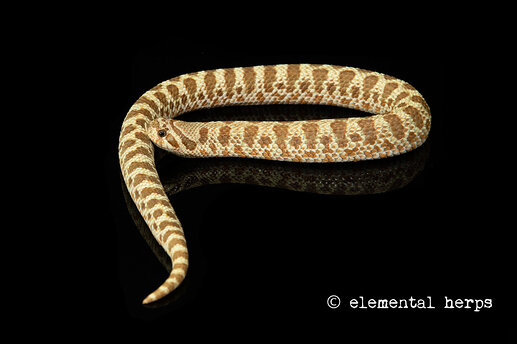 Do you have any idea why the undetermined morph has a bad survival rate? Is it linked to the gene itself as to why they dont do great just like how some morphs in other animals dont tend to thrive or reproduce properly

I believe it’s linked to the gene itself, but can’t say with 100% certainty. When they hatch, it looks as though their snouts are shorter than an average hognose (developmental issues?). Our girl had a bit of a stunted growth, she didn’t take her first meal until she was around 6 months old. Her snout is still a bit stubbier than an average hognose, but not as extreme as when she first hatched.

I love her banded pattern!