Wow that’s crazy. I would assume it’s a partho clutch. I live in St. Louis as well was it a local breeder?

Nope. This was a captive animal at the zoo.

I saw this story in the news and thought it was pretty cool! Mostly because she’s 62! Wow!

Could not say it better myself

I had a female around 30 years old that did the same. Although she had been bred a couple of years earlier. I was shocked when she laid with no male for a couple of years, and as old as she was.

I had an albino produce one albino daughter and 4 non albinos in a clutch this year bred only to a not even het albino male for several years. It was her first clutch. So it seems you can get mixed parthenogenetic and non parthenogenetic clutches too.

I recently uploaded a video to my YouTube channel about my last clutch results. The pairing was a Pastel Super Gravel x Ivory. I hit on 7 female Ivories. Clear as day Partho. Never would of imagined, but interesting to see how they fair and results after they have thier own clutches. 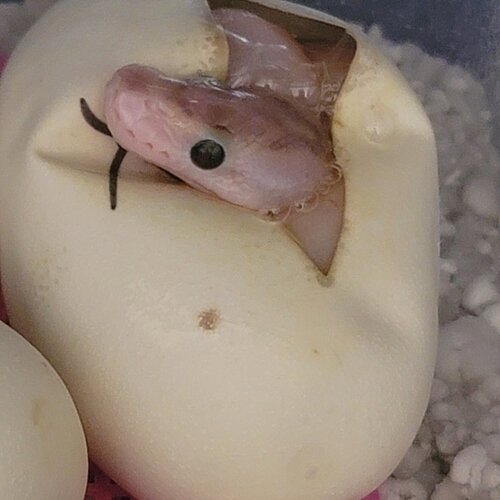 This little Albino Clown hatched recently from a pair I raised from hatchlings, from two separate breeders, neither known to have albino genetics. This was also the 4th clutch produced by this pair. 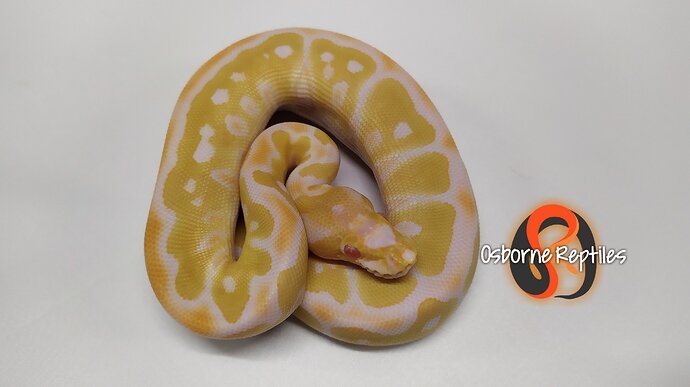 You state “Last Ditch” but I think this is the obvious biological step to species survival. The whole reason parthenogenesis occurs is that for an extended period of time, a single female has not found within its home range, a male to breed with. By producing all females, two things happen. The new hatchlings should distribute themselves outside of their home range which has them covering more territory and with an additional 6 to twelve females ranging about, the hope is some will come upon males. Also by virtue of being all females, they all have the ability to drop eggs and help replenish the low numbers of overall animals and more importantly males within the area, which caused the female to reproduce through Partho in the first place. It’s nature’s Occam’s razor.

St. Louis Post-Dispatch said she is 62 years old. I have a friend who works in the reptile house. He told me they had a normal ball python. I was like, okay, not super exciting. Then he showed me feeding records going back a LONG time.

Is there any way you could get copies of those documents? Pics maybe?

I will sure try. I wish I had when I saw them a while back. Didn’t even occur to me.

So is the null allele theory gone?

It is not gone and the “null” mechanism is still valid. It is just that a sizable majority of the things that people think are “null” are really more likely the result of some more banal explanation like parthenogenesis or androgenesis
.
.

How is what you said any different than my statement that the action may be a “last ditch” effort to preserve genetic information?

I will also point out that your “Occam’s Razor” collapses when you consider the fact that Dr. Booth’s research shows that females are undergoing parthenogenesis while in the presence of, and even when having actively mated with, males.

This is why I noted that the idea was purely supposition