Yeah, I realized that my comment about if a gene could be allelic with one gene but not another in the same complex was kind of a dumb question after I asked it lol.

@walkergirl Not a dumb question. Plenty of people don’t realize that. It’s can be confusing at first but once you break it down it can be pretty simple. I’m just probably not the best person to explain it lol.

As Shaun said, not dumb at all. It was good you asked, even if after the fact you realized your mistake. Now, someone who does not understand might read your post and see Shaun and mine’s replies and it can help them learn

That is so true, he definitely brings facts and the ability to gain knowledge.

Reviving this to throw a monkey wrench into everything.

If these two conditions were true, then RedStripe and Spotnose would be allelic.

And they very plainly are NOT, as shown by these breedings by @jkobylka 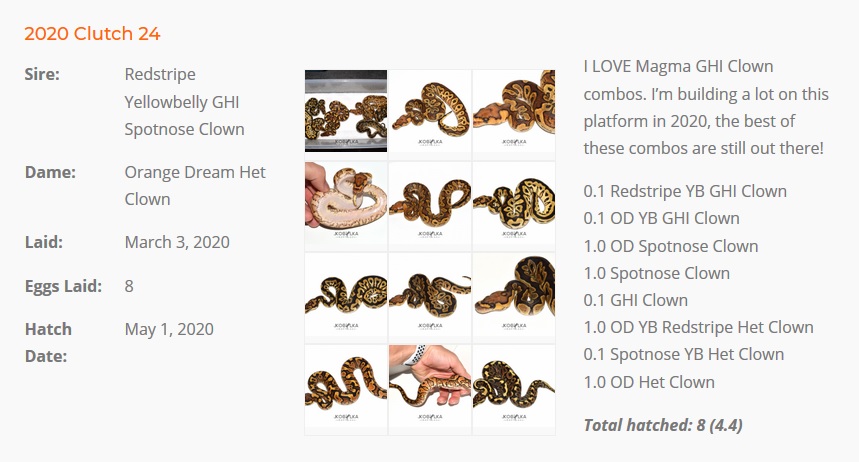 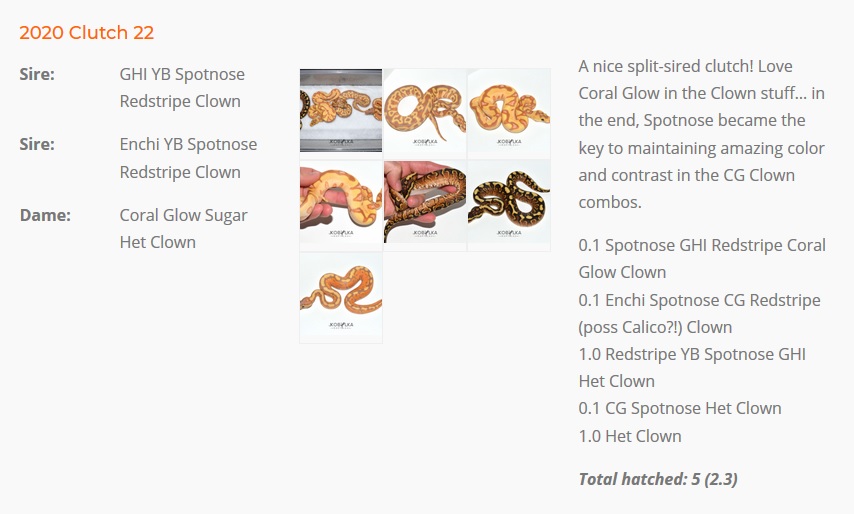 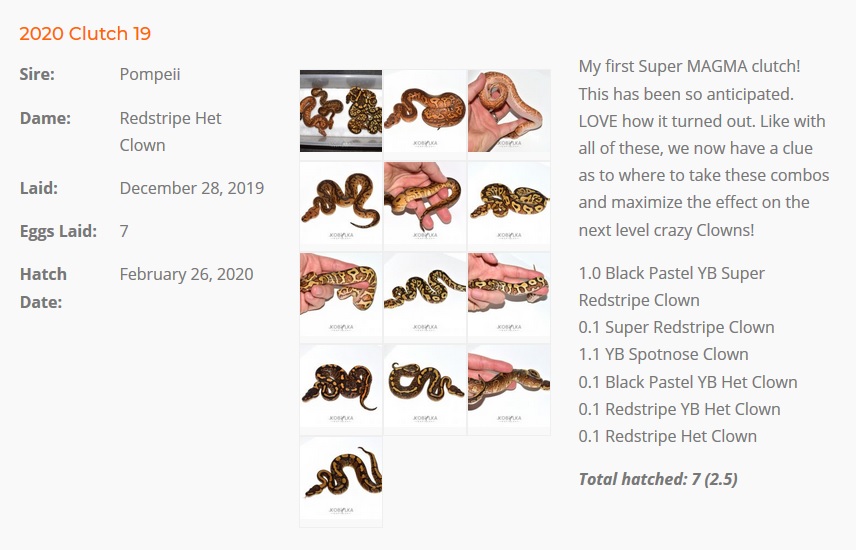 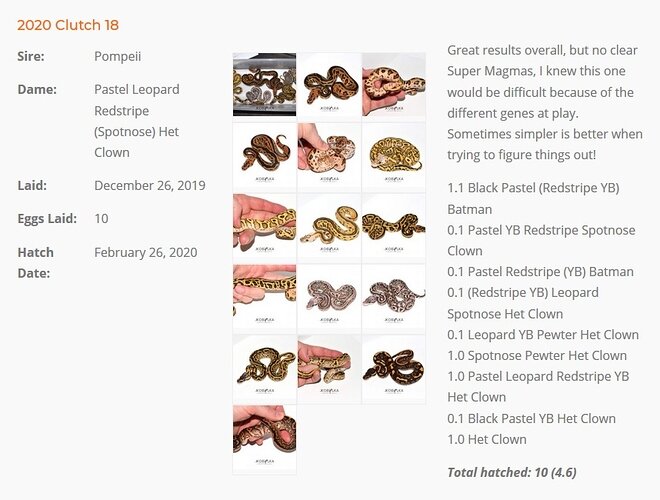 Something to think about

I feel my original theory on all this is getting closer and closer to being proved correct.

Ah so that knocks out Redstripe which is fine, that one was more of a toss up XD

Might have been a toss up for you, but I know a number of people that very firmly believe Arroyo, Cypress, and RedStripe are alleles. This might complicate things for them LOL

@t_h_wyman I have always speculated that cinder and mahogany are allelic but I’ve never seen a picture of the result of a cinder × mahogany. Who proved it out that they’re allelic? Very interesting.

Outback told me they had made a superform by breeding a Cinder to a Mahogany.

@outbackreptiles @t_h_wyman Interesting, do they believe that Cinder and Mahogany are the same thing? Or if they believe they are just allelic? I imagined breeding them together would resemble a Suma or Super Cinder, but even without breeding proof it would lend credence to them being at minimum allelic.

This was a fun read, thanks guys.