Any idea what is going on?

So, this has been a recurring issue ever since she got sick. My ball python had a case of mouth rot earlier this year, which was treated two different times with antibiotics.
I believe the mouth rot is gone, but now I have this issue where she is constantly swollen around her bottom jaw/throat and I have no idea why.
The vet said it was nothing to worry about, was most likely due to irritation or construction around her neck (from holding her to check her mouth) but I’m starting to think this is not the case as she has been consistently swollen for the past several months now.
Sometimes it’s minimal, and sometimes it’s really bad. I’m not even sure what triggers it.
She doesn’t seem to have any issues breathing, she eats and drinks normally, and is explorative when taken out of her tub.
Here was her this morning: 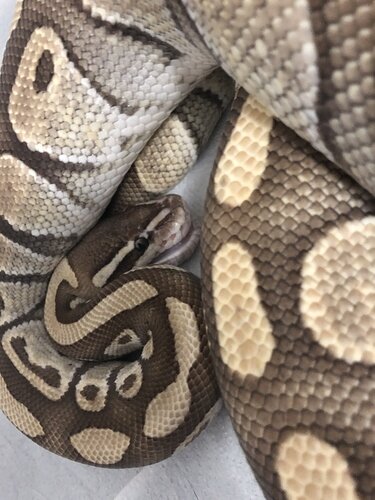 This is probably the worst it has been: 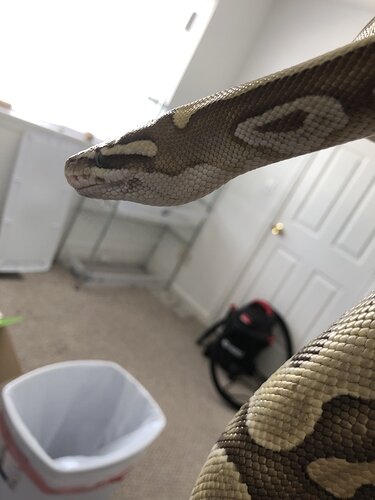 Some other pictures of the inside of her mouth, which seem to show a swollen glottis (which were shown to the vet) : 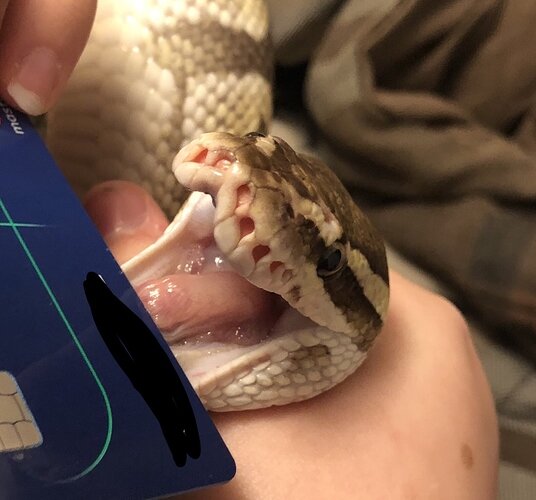 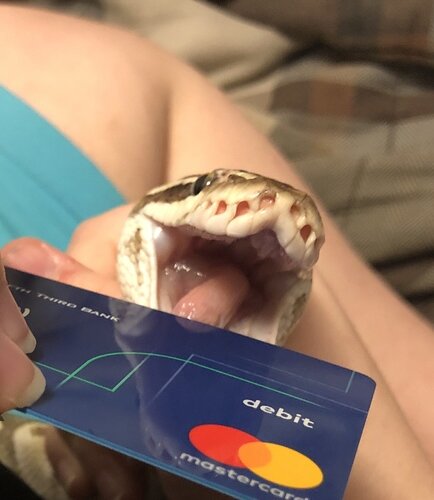 I’m likely going to take her to a different vet that I’ve heard good things about, but I’m still baffled as to what the issue could be.
I’ve done as much research as I could through google, and came up with nothing.

If it’s a recurring issue and it comes and go this could suggest an allergic reaction, it’s not common at all but I have seen it, what type of substrate do you use?

She’s on paper towel, as with the rest of my snakes. I’m not sure what could be triggering it, honestly.

I doubt paper towel would be an issue the cases I have seen in the past were triggered by cypress mulch with I believe were a blend.

It’s a strange thing never saw a swelling like that that was not caused by something specific and that comes and go.

It hasn’t ever completely gone away though, most of the time it’s just her lower jaw that looks a tad bit swollen.
Sometimes it’s flared up to where she looked like she swallowed a small balloon, and there’s times like today where her mouth looks like it’s not fully closed even though it is.

She first started having a bit of swelling issues in April, when I noticed she was doing a lot of noserubbing and decided to take her to the vet. That’s when I found out she had a tiny bit of mouth rot. She got 6 rounds of antibiotics the first time around, and since the swelling hadn’t gone away I took her in again. She got 3 more rounds after that, and when I checked her mouth afterwards I didn’t see the black spot the vet had shown me anymore. So I assume the mouth rot is gone, but she’s still having this swelling issue.

Hmm, I took her out for a closer look and her throat does look a bit puffy too. 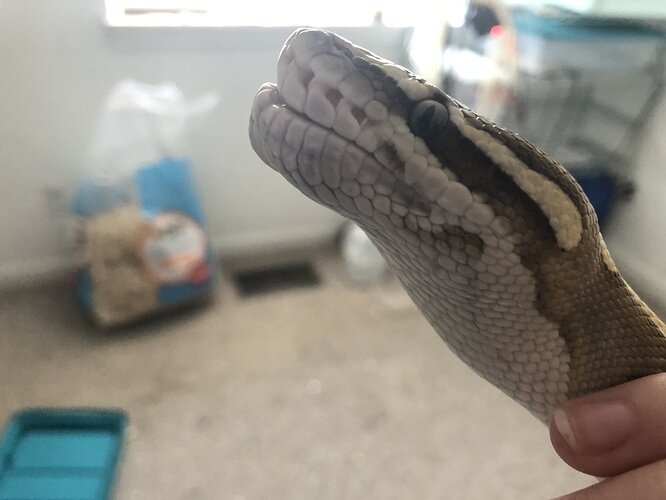 Any chance that you vet would have missed a broken tooth because a broken tooth that gets infected will create this type of swelling due to the infection, in some cases there is an abscess that needs to be removed in other cases a simple treatment of antibiotic will do the trick.

what are you using to disinfect the enclosure, that could also be causing an allergic reaction as well. How ever most of the time with this kind of swelling it is typically an infection that has progressed and needs a round of stronger antibiotics and possibly steriods.

There was one instance she smacked her bottom jaw into the side of the tub going after a rat, which happened several months ago.
Perhaps it did break a tooth and the vet didn’t see it.
I’ll definitely get a vet appointment made ASAP, but with the other vet I heard about. I didn’t care too much for the vet I was seeing for her, he was kind of condescending towards me at times.

We usually just use dawn dish soap when we do deep cleaning of the tubs, but it wasn’t an issue before.

Ah! I had taken a video of this feeding, and this did happen — she smacked her bottom jaw into the side of the tub going after a rat (here’s a screenshot of the moment)

Perhaps that could have broke a tooth?
That feeding was on May 12th.
@stewart_reptiles

I’m leaning towards an abscess.

Yeah, could be. I did get an appointment scheduled for her on Tuesday the 10th, so hopefully the vet will have answers for me!

Update! She went in to the vet, it was determined she did have an abscess of sorts. She was put under and an incision made to drain the abscess.
The vet left the hole open so that it would keep draining any additional fluids out.
She was sent home with some oral pain meds and antibiotics.
Will keep ya’ll updated on her recovery progress!
Here she is right after she got home. Luckily she was awake by then. 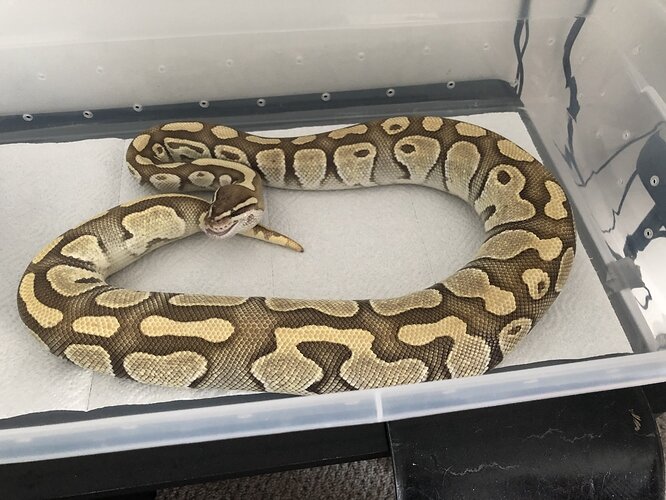 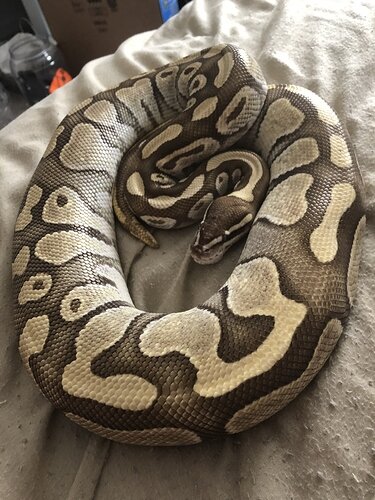 Update on this beautiful girl! She’s doing much better, and she had her two week checkup this past Wednesday. Vet said she’s doing better, we’ll continue the treatment and she’ll go in for another checkup here in another two weeks.

Glad to see she is on the way to recovery.

I’m glad you were able to figure out the issue, and that she is doing great! Look forward to reading up on her condition after your next checkup!

She looks night and day. She will be good as new in a few more weeks. Keep up the good work.

So happy that she is doing better! Yay!