Breaking UK out of EU

There have been a number of request to break the UK out of the European region.

While this would not be hard to do, there is a downside in that buyers in the EU will not by default see UK animals, unless they switch to the UK region - just like with all the current regions. There is currently no cross-region advertising, and this won’t likely be added in the near future (that is a different topic).

On the positive side, if there is really very little UK/EU exportation, this could simplify things. However @balls2u (Gavin Adkins) says there will still be importing and exporting, so he recommends just renaming the region. Would this address the concerns raised?

What are those concerns? That’s why I’m opening this post, to understand what the real issue is, if not the import/export one. The Europe region is somewhat “EU” (e.g., the flag) and somewhat just representing the European continent. We could try to update it to be more of the latter, little things like the EU flag. But I don’t know what symbol would represent Europe better.

So this topic is for collecting feedback especially from sellers in the UK. Do you still want the UK broken out given the above behavior – Why or why not?

I recommend maintaining the UK within the European region. I still expect to be exporting animals to Europe and importing back into the UK, so by maintaining the European classification, this will allow a wider audience to see your availability, without needing to jump between regions.

I see no reason to change it at all. The UK might be out of the EU but they are still one of the major countries within Europe (EU is not Europe). I (as a buyer) like being able to see animals from all of Europe without having to change region.

As a side note, I think a “tag/region/filter” that shows animals that can be collected from Hamm would be useful.

I wonder if the request for breaking UK from Europe is based on sentimental or practical motivations?! The Brexit might have some financial concequences with import tax ect ( to be honest I don’t know how much Brexit effects this or wether they allready made some agreement on this) the distance between UK and the rest of Europe didn’t get bigger. It’s still only one canal between us. On the most bigger expo’s like Hamm, Houten ( especially Snakeday) there are several British breeders selling their snakes. I’m not from Britain but if I see a nice snake from the UK and they go to Hamm or Houten I will still buy from that breeder, Brexit or no Brexit. Our are the people who request a breakup now suddenly planning to only buy and sell in the UK?

Thanks for bringing this up John,
I feel that we (UK) will continue to import and export our animals into Europe so I feel there is no need to separate the UK from the European region… Buyers and sellers from both sides should contact there reptile courier for further information and cost now we have left the EU.
I would recommend anyone to contact cold blooded movements with any questions or DDI.
take care
Gavin
Balls2u

I don’t see the reason to change it. The UK is still considered apart of Europe, regardless of them breaking away from the EU. From what I understood breaking away from the EU means they are no longer part of the EUs political bodies/institutions. Unless the UK decides to break away as a country from Europe then I don’t think there needs to be a change. Europe is a whole, and starting to dissect what belongs and what doesn’t will just lead to a headache further down the road.

Now if people are wanting to be able to go over to the Europe side and switch between countries, now that is something I can understand them wanting to ‘break’ from. It might be easier to filter out by countries in Europe at the top of the main dashboard screen.

I see no reason what so ever to separate GB from EU regions on this website. GB are still a part of Europe. The only thing to come from a separation would be a less efficient morph market (having to keep changing regions).

And if you would break them up, then what do you do with Ireland? They are still EU but considering distance there is more chance they buy in Britain then European mainland. I think it’s better to leave it like it is. As soon as I see a £ sign in front of the price instead of the € sign I know enough. I don’t need to switch region to figure out the first one is a British breeder.

On top of that, are Canadian breeders not also listed under United States?! Simply check Mutation Creations. So if we make a different region for UK then where do we stop?

Yeah guys, this has to do with honoring the peoples vote on the mater. Seems petty to make it about reptile sales.

I honestly can’t believe they have gotten requests for this

I can’t see the point of having a UK region tbh. We are still apart of Europe geographically.

I think it would be good to have the UK in a seperate tab.

Can you maybe explain why you think it would be good to have the UK seperate? I’m curious to hear your motivation for this.

If it is just for the sake of only seeing animals locally then I do get you reasoning but the Morphmap can be used to do that exact thing, and then we also end up with Alaska, Texas, Oregon, Montana, Wyoming, Colorado, New Mexico, Arizona, Nevada, California and Michigan (which are US states that are all bigger than England) wanting the same.

Shipping isn’t all that more expensive from parts of Europe to the UK.
I have been quoted £60 to get one snake from Cornwall and also £70 to get up to ten snakes from Hamm… £10 more for nine more snakes to be shipped.

I think a better way of getting around this, for people that wish to only see local animals is a “near me” filter.

Hi
Yes it was only on the basis to see animals that are local or in the same country for example, purely for ease of use. Will check out morph map like you have mentioned

Yes, we would definitely like to build more functionality around local search (e.g., my province / near me is a highly requested feature esp in US), but that is different than breaking up a region.

Probably part of the problem is the technical difference between the formal EU and broader Europe. And we are using the /eu route, and have the EU flag as the icon. But I’m not sure what logo would be a better representation of the broader location.

The “EU flag” is actually the “Flag of Europe” and is also used by the Council of Europe… Basically Europe and the EU have the same flag. 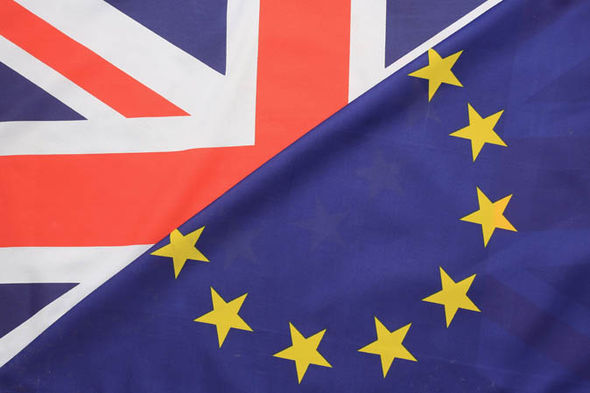 Hahaha, so you have the UK and all the rest of Europe. I do consider the UK important, but not more or less than any other country in Europe. Than I want also the Dutch flag in it, and the German, and the Belgium, and the Danish, and oh lets not forget the Bulgarian and Romanian and…there are some breeders from there on morphmarket…

I think you get my point.

I really do respect you guys all in the UK, but let’s not forget that there are also several countries in Europe that never joined the EU. And for me as a Dutch person I have more chance getting a British snake (in fact our ball python Eddie comes from a British breeder) than one from Bulgaria or Lithuania. I can get to Britain straight by train without even changing train. from here to Bulgaria it takes me 3,5 hours by plane.

@john, I would indeed appreciate something like a functionality that searches within a certain amount of kilometers. As a mainland citizens living close to Germany and Belgium it’s not borders that limits me in buying a snake, it’s distance especially since there are a lot of breeders who only offer local pickup or on the major expo’s. My snakes are originated in total 4 different countries and I picked them almost all up myself from the breeder.

Considering the European flag, it was designed in 1955 for the European Consul as a sign for promoting the European cultural identity and protection of human rigths. It was adopted by the EU but mainly represents the ideals of unity, solidarity and harmonie between all Europeans ( result of a simple google session on the website from our government about the European flag). EU started in 1993. I was even there. I lived in Maastricht at that time just across the street of the centre where the whole convention was taking place. So even though the UK doesn’t want to be in the EU anymore, you are still as fellow Europeans in my heart

But to be honest, I don’t really care which sign you use for Europe, as long as I can still find beautifull snakes.

It doesn’t really matter, but if we are to get our own mm area tab could we please add a distance filter for searching? That would be very useful.