I have had this corn snake for about 3 years and recently I have been noticing that he makes puffing noises and sometimes breaths with his mouth open, I have kinda read that this might be respiratory issues but not totally sure. He is my first snake and I don’t really know what to do. Help! 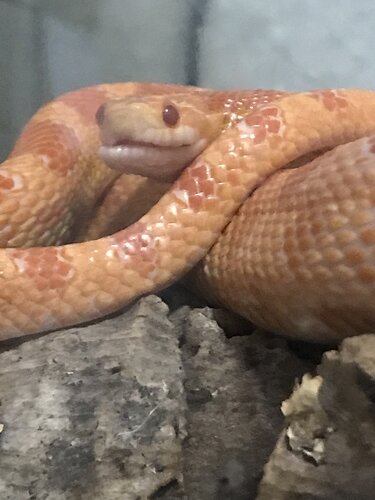 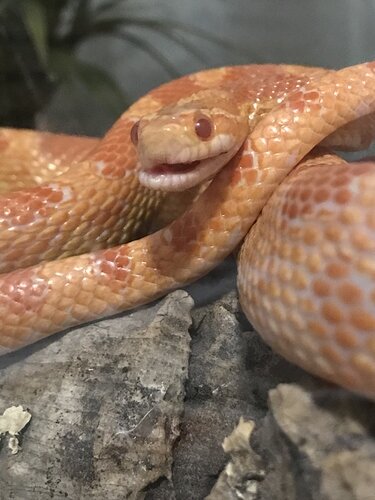 Take them to a vet ASAP. Chances are it is a respiratory infection and the only way to be sure is to take them to a vet. The only way to treat it is also to get meds for them. No at home “remedies” actually work to cure one so please don’t try. If the RI is already bad enough that the snake is struggling to breathe, it may not have the longest time before it gets too bad to treat. Also, from the images it almost looks like there is mucus coming from the nostrils since I can barely see them. Does it have mucus coming from its nose?

No mucus coming from his nostrils

He is also in shed right now, I’ve never noticed the breathing out of the mouth but he has puffed/cracked when he is not in shed.

Vet ASAP. RI at that stage is no joke.

Puffing/crackling is a sign of RI. The earlier stages. How long has he been doing it? Also, I recommend switching his substrate to paper towels, and to give everything in his cage a really good cleaning. Paper towels is so you can monitor for discharge, and to make sure his cage is as clean as possible. Can I see pictures of his setup as well? 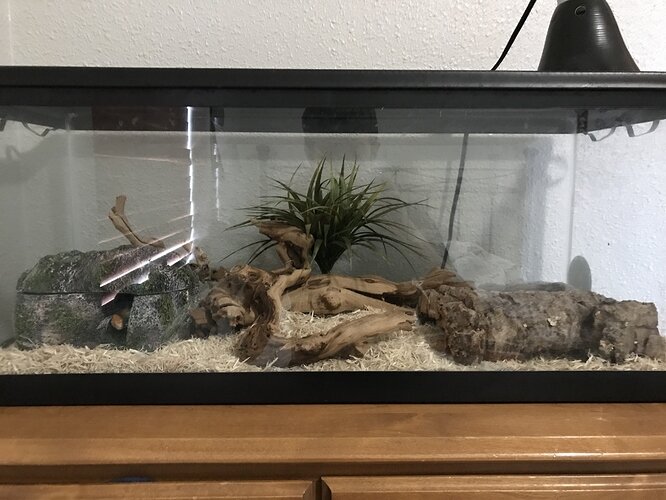 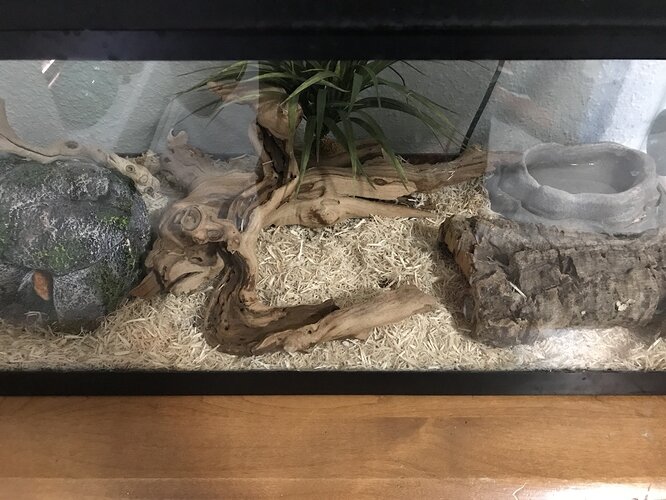 Ok, so replace the substrate with paper towels, remove and clean everything. Only put the hides and water back in there and nothing else as you don’t want to have to go through the process of cleaning all of that wood multiple times, on top of the fact that it will make monitoring him harder because discharge will be hard to see on it. Basically you want a minimalist enclosure for him. Also, don’t have him near your other snakes and don’t handle them after you have messed with him any as the bacteria from an RI could infect your other snakes. So you want to quarantine him as well. But again, get him to a vet ASAP, because if this has been going on for a while then he may not have much longer left.

Ok I will do all of that. thank you so much!

Do you think the breathing from the mouth has anything to do with him shedding at the time? He has begun shedding and I haven’t noticed anything sense he started.

He is also still very active

No, shedding would not cause that. You said you have heard crackling and puffing before his shed as well. That means he has mucus in his lungs and is struggling to breathe. No amount of stuck shed or anything would cause a snake to need to open his mouth to breathe, or to crackle and puff like he has been. It is an RI. A snake can be active even if it is seriously ill. They are really good at powering through even the most painful injuries or illnesses. They can be active one day and dead the next.