Favorite animal in your collection

Show everyone what your favorite reptile is in your collection and maybe give a little backstory to the animal. Anything with scales goes. Excited to see what everybody shares! 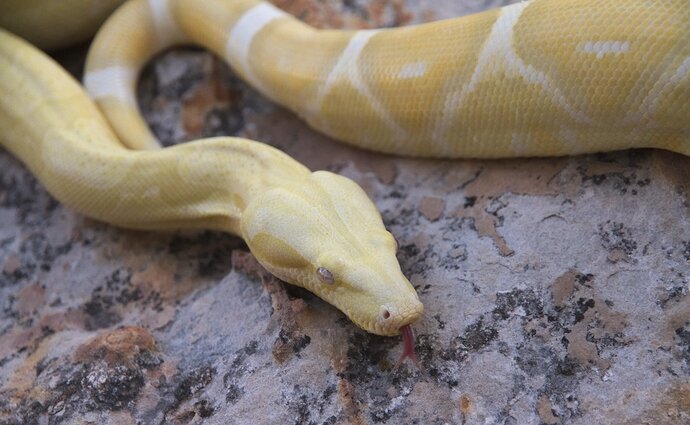 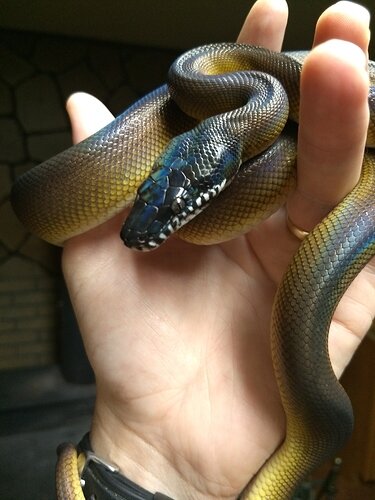 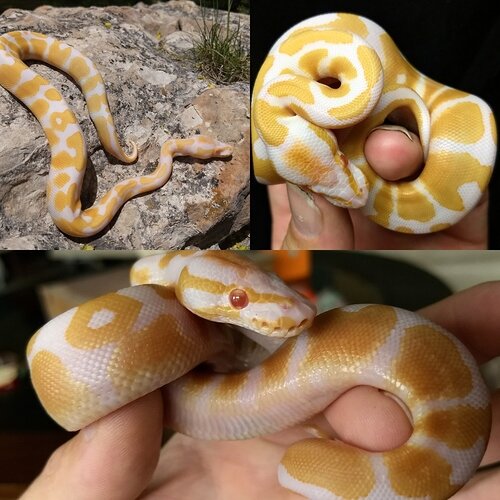 Such beauties! Hmm how about a top 5? 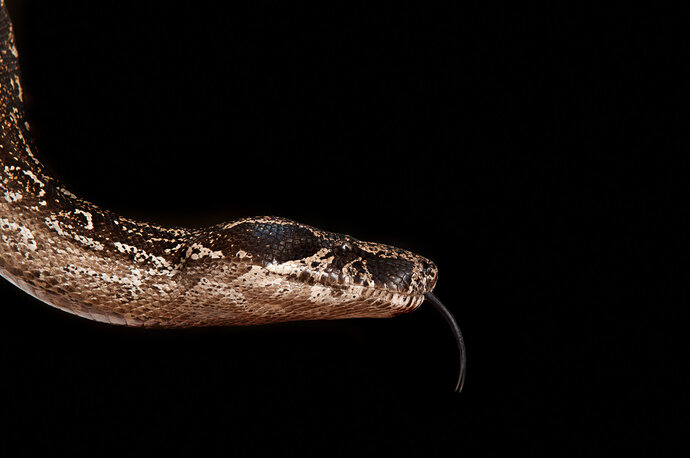 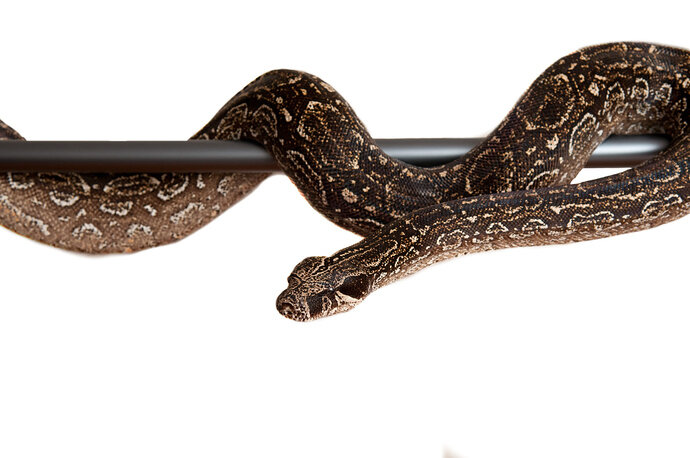 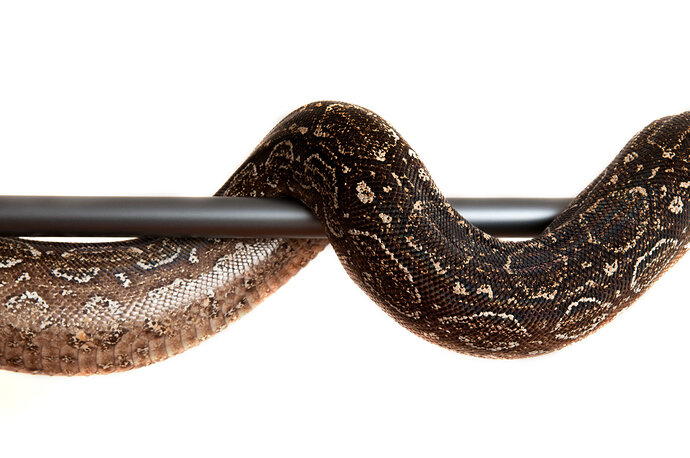 2013 female Argentine boa constrictor (Boa constrictor occidentalis), Ophiological Services line, descended solely from a pair imported in 1987. Pure and legal. These pictures were actually taken in 2017, she is quite a bit larger now. She’s my biggest snake and she’s the one I most enjoy handling. Aside from her monstrous feeding response, she’s pretty calm and did some educational shows with me when she was younger. I got a litter from her a couple of years ago, so now I’m just waiting for her to feel like giving me another one. Her name is Hesperis.

It’s an old image of him but this is Dolos. I asked my gf what her favorite is in our collection and she (to my surprise) said this little Anery dude. There’s no real backstory on him since weve only had him a year, but sand boas in general is what got her interested in breeding snakes. He’s still a little flaily when it comes to being handled but otherwise a perfect Sand in temperment and feeding. We will watch this little sausage boy grow alongside his soon to be gf we get Wednesday. 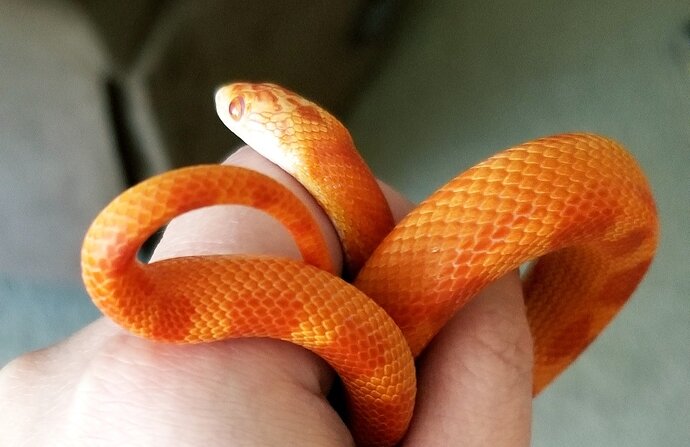 Another old picture. This is Apollo our Sunkiss corn male. It was so so so hard to pick between him and another corn of ours Zeus. But Apollo was the first corn we got and oh my is this guy the perfect snake. In the two years we’ve had him he’s been nothing but a delight. Doesn’t mind being out and handled for as long as you want. Doesn’t give attitude when eating (in fact has eaten while being held). He doesn’t just constantly move all the time like typical corns might but just slowly moves around in your grasp or will just chill with you. He’s the snake that if someone wants to see one but is afraid that I get out every time. Nothing seems to phase or startle this guy. Except head touches, which I’m working on.

Outstanding anery! Almost looks like a ghost. You have some really nice animals.

Thank you. He’s a 60% paint I think is what it’s called along with Anery. I’m hoping for some hidden genes in him for the eventual day of breeding. If not I’ll be happy with my anerys.

I’d have to say it would be my (Deceased) Banana BP. We bought him from a pet store, and he was oddly boney. As my first snake I didn’t know he had OMPV (A fatal disease), and he refused all his meals. Eventually he passed, but we had a bond I never thought I could have with a snake. He was only 8 months old when he passed (3 months when we got him). Will always be my favorite! 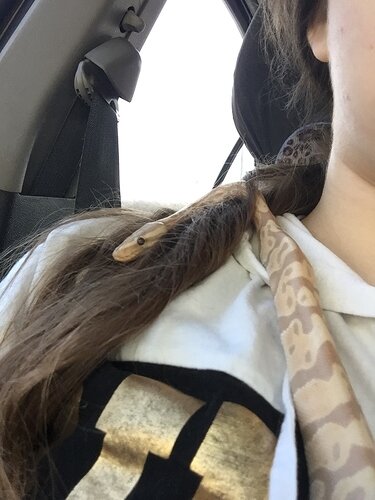 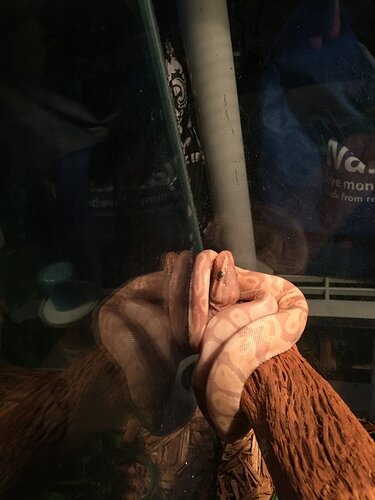 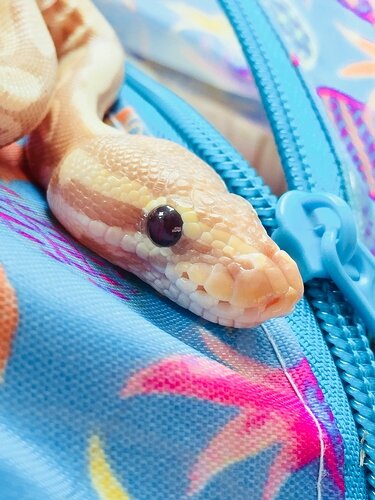 Has to be him. Yeah, nothing spectacular, just a Leo-Butterfly ball python. Turning 4 soon. 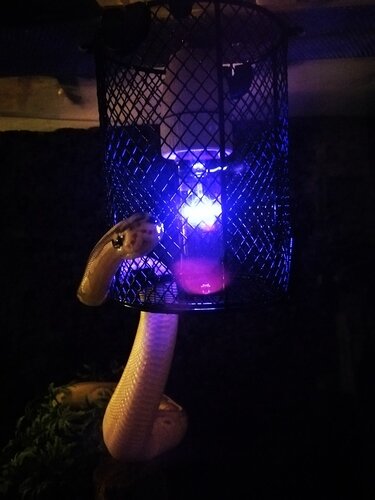 tumblr_3bfe94dd0dbdffd6a01fde6138cc24ba_dffb5919_640640×853 84.9 KB
But I’ve got him in a time in my life when I was in and out of hospitals and my survival wasn’t assured. I deliberately got a pet which would need care, sure, but not from me specifically(I had organised care for him in case I would pass)- an animal that wouldn’t bond with me, just in case. Or so I thought. This little sh*t won’t take food from anyone but me (but when I feed him he eats great. Not one bit finnicky, just gulps everything down), is ultra defensive at the vet if I’m not there to hold him and even strikes at my Dad (who took care of him for 3 months when I was in a hospital ~500 km from home) occasionally. Even my vet noted she had never seen a reptile distinguish one human from the others so clearly. And, yeah. All my other snakes are docile but they couldn’t care less which big ape-like mammal invades their personal space on any given day.
So, obviously, even though I was pretty tired of fighting (I had been sick for 4 years at that point and my diagnosis kept changing) I had to keep trying. For this little dude. I’ve been out of the hospital for a full year in a few days, preparing to go back to uni eventually, and he definitely gets most of the credit for that. So I’m pretty sure that, no matter what amazing reptiles I might get in the future (and lets be real, he’s objectively my most boring snake even now), he’ll always be close to my heart. 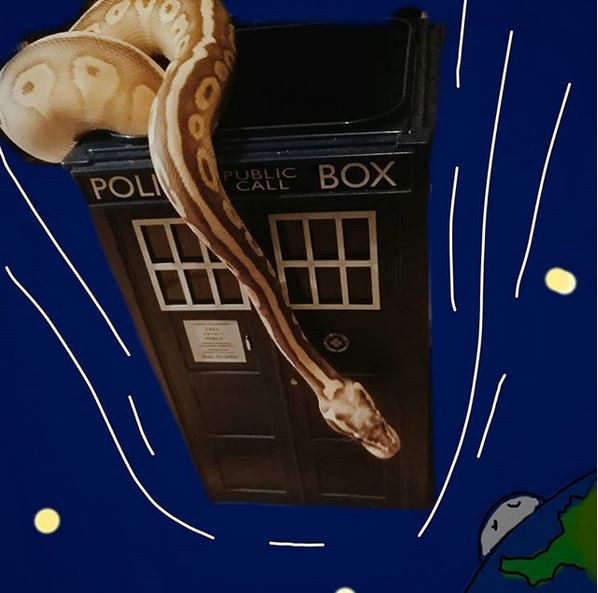 Gotta be my goofy corn boy Zeus. Absolutely nothing special about him but I do love his easy going yet amazing attitude. He “helps” me with tub cleans by wrapping around my shoulder and upper arm all while being a good boy to chill while I wash water bowls. Out of all my 15 snakes he’s the one I’m most excited to breed with cause I am hoping his easy going nature passes to his offspring. 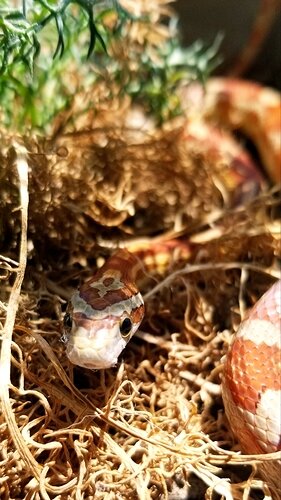 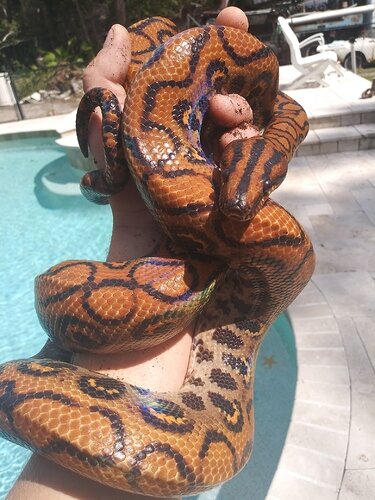 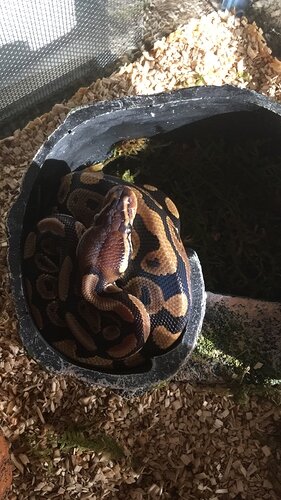 but he is just such an amazing boy! Such a sweetheart who will lay on my stomach and watch movies or lay across my shoulders while I do homework. If my best friend was an animal, it would have to be him!
3 Likes
blacktide June 4, 2020, 11:55pm #13 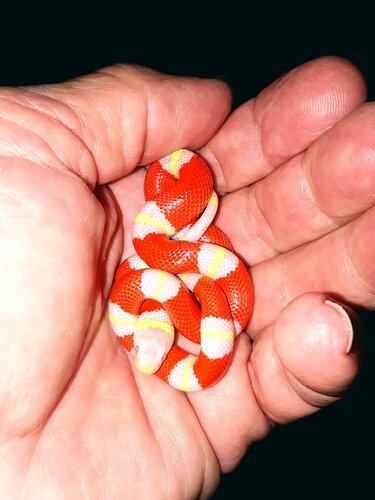 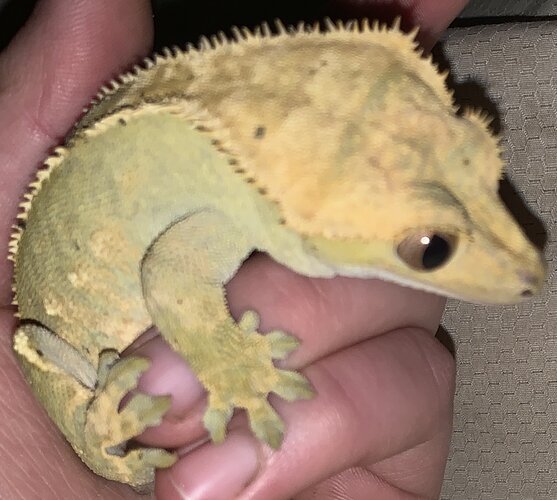