I’ve been doing this and had amazing

results too. Smaller meals more frequently works well for me . What a cracking read

Would you mind sharing your results? If I was to get into balls as a side project, I would want some sound evidence, so that I could use this method.

Does anyone have stats on lifespan of animals fed more frequently as hatchlings? Opponents of this practice claim these animals suffer and die faster than animals fed every 1-4 weeks.

I did a bit of an experiment trying this method on a new male I got in 5 months ago as a newborn (leopard enchi clown). I didn’t necessarily feed daily but made a point to feed significantly more frequently using much smaller meals. More like 3-5 times per week.

In less than 5 months he grew to 650+ grams. Out of curiosity I put him in with a virgin female (ultramel) a couple weeks ago and to my surprise he locked up with her very quickly despite being so young.

It seems smaller more frequent meals will definitely grow them faster and potentially allow them to breed much sooner. The question still remains, is it detrimental to their long term health? I’m skeptical since there seems to be indication in the wild they feed more frequently at a young age. If I have any issues I’ll report back. He’s on a standard once per week feeding schedule currently and rock solid! 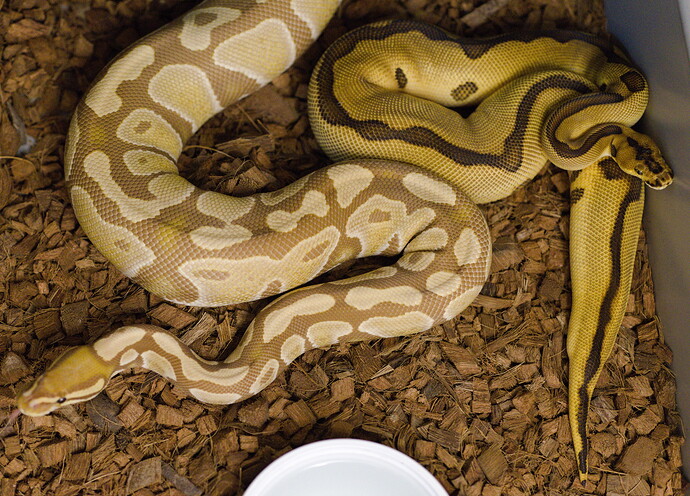