I’m wanting help on ID if possible. Dame is pastel Lesser that we know of 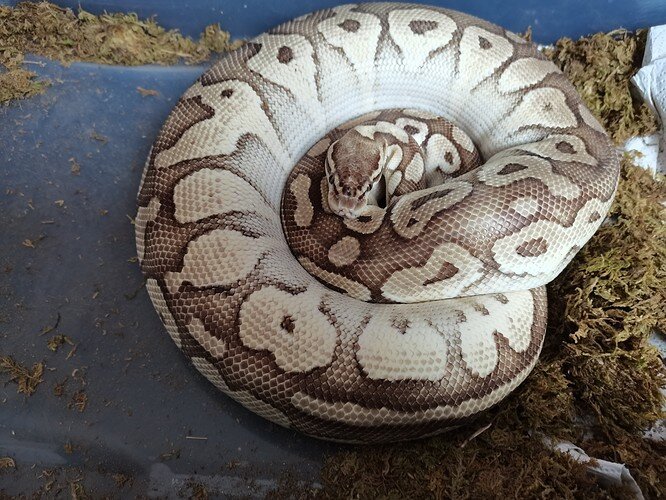 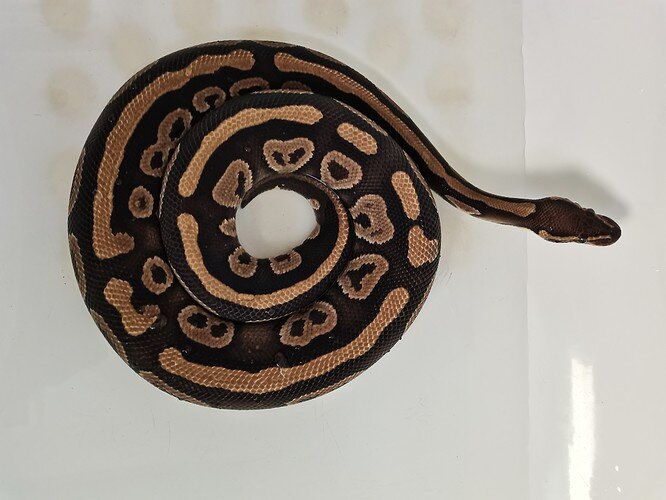 wondering if there is something extra in mum 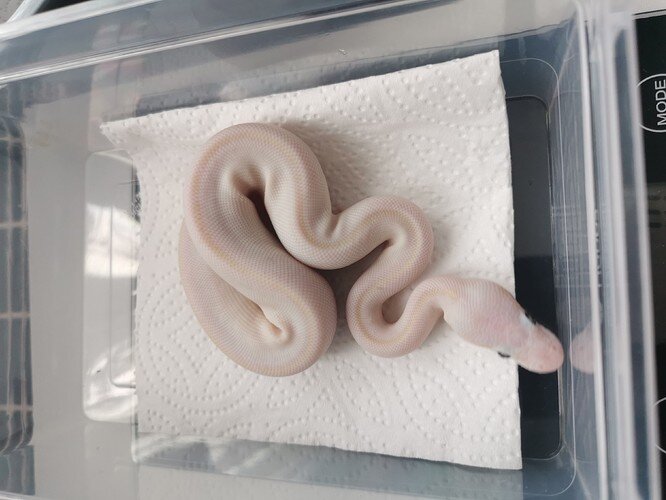 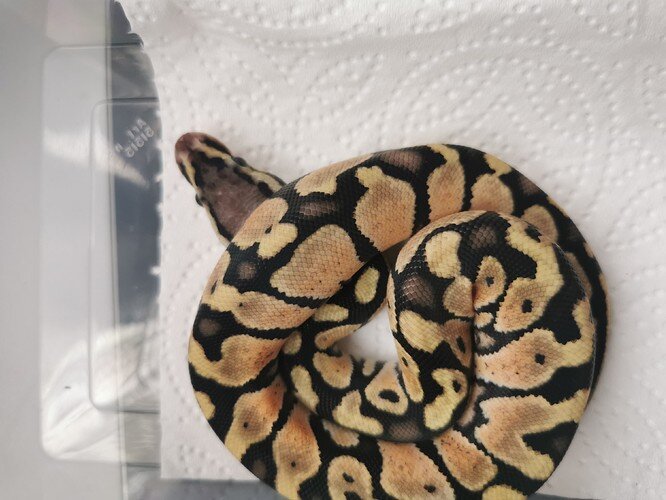 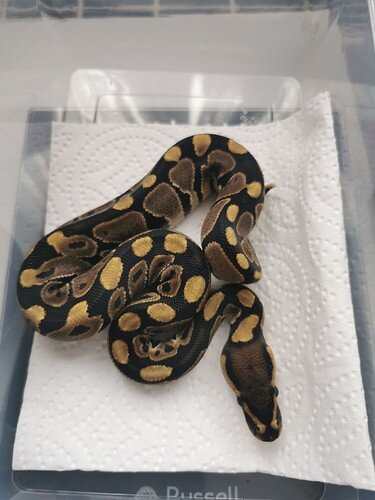 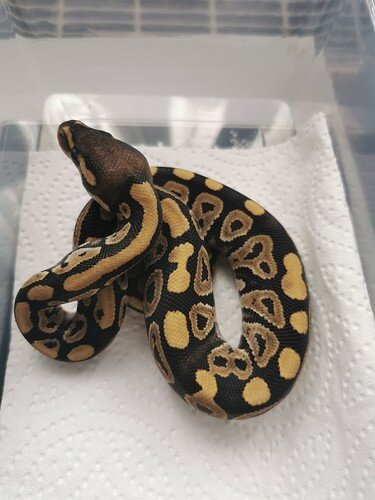 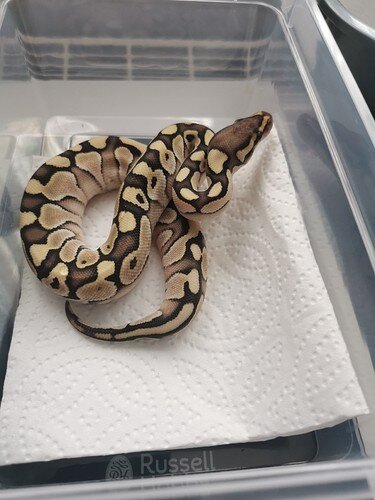 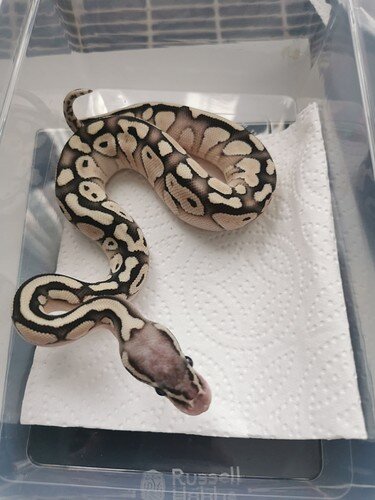 Thanks for looking advice always welcome

Congratulations on your first clutch! Super exciting stuff! I’m not seeing any extra genes personally was there something in particular you think she is carrying?

No idea to be honest they are just so bright haha wondering if there is some sort of lightening or enhancing gene. What ever they are they are stunning and we are so over the moon with the clutch

As you should be! When they first hatch they will be super bright! Always best to wait till they shed to identify. I don’t think there is any lightening or cleaner gene present. Here’s a picture of a pastel lesser with a lightening gene that I hatched to give you an idea of how much it changes them. 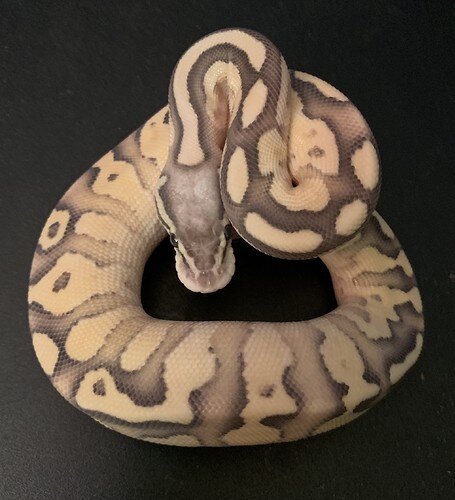 Awesome thanks so much

If the male is proven het for Ghost, then it is not out of the realm to presume that some, all, or none may also be het for Ghost. In my experience, an animal that is het for Ghost tends to be brighter than its counter part without the Ghost gene present, even though it is not visual for lack of a second copy. I would not be surprised if the Lesser baby proved het for Ghost also.

Actually, no.
If your male is a proven 100% het for Ghost and your female isn’t het at all, then every egg has a 50/50 chance of the male throwing the Ghost gene, or a 50% probability. If both parents were het for Ghost, then you would have a 66% probability that any non visual Ghost animals would be het for Ghost. The probability is just that, how probable is the likelihood that the hatchling is carrying the gene. The reality is, every snake either is 100% het or is not het at all, and the only way to know is to breed them and prove it out one way or the other. When you breed a visual animal to a non het animal, then everything will be 100% het because a visual animal carries two copies of the gene and will throw one of the two, with every egg. I hope that helps.

I’m still learning. But your right, I should have known that. I was thinking they both were het. My bad.

definitely holing a fair few back so time will tell. Thanks for your input

My guess is you are seeing the het ghost influence. I know people are going to come out and say that’s impossible to see, but, whenever I hatched hets there’s definite difference in the clutch between normals and hets.

My guess is you are seeing the het ghost influence.

Recessive hets show no visual indication. In a true recessive trait there is no such thing as het influence.

only thing that’s edited is our name 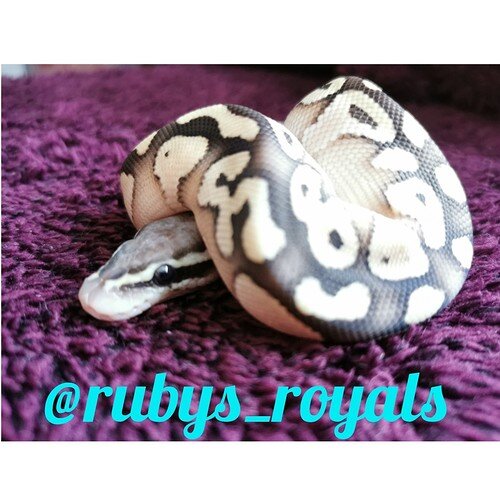 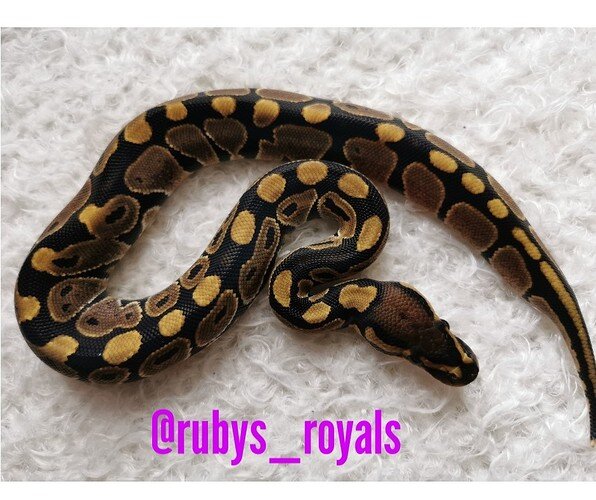 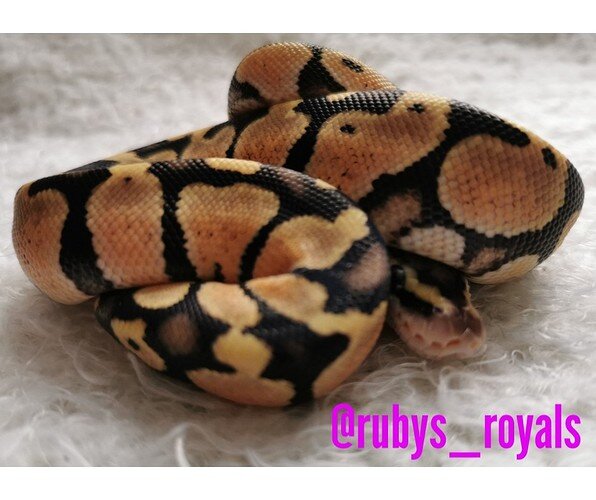 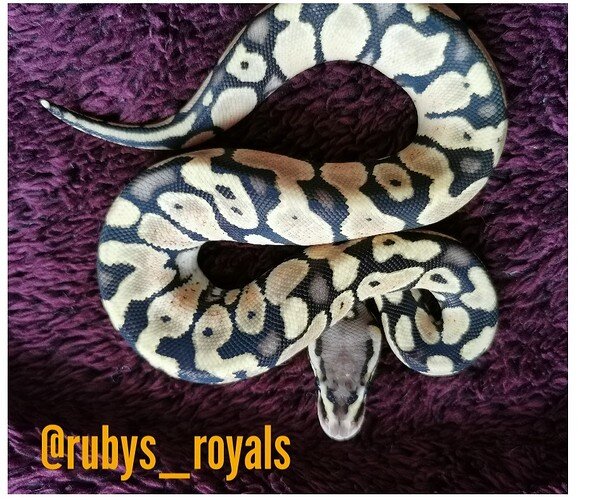 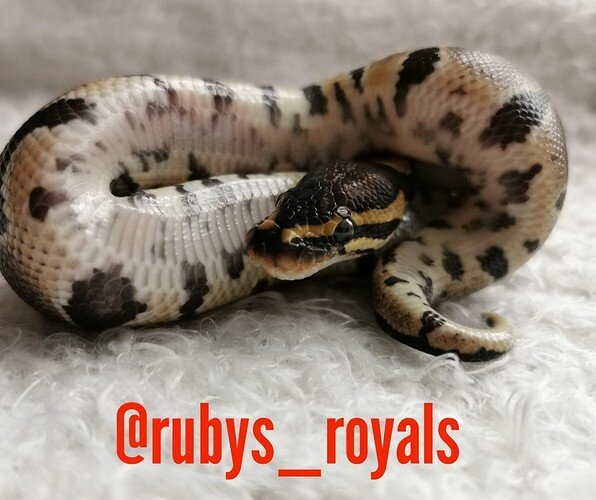 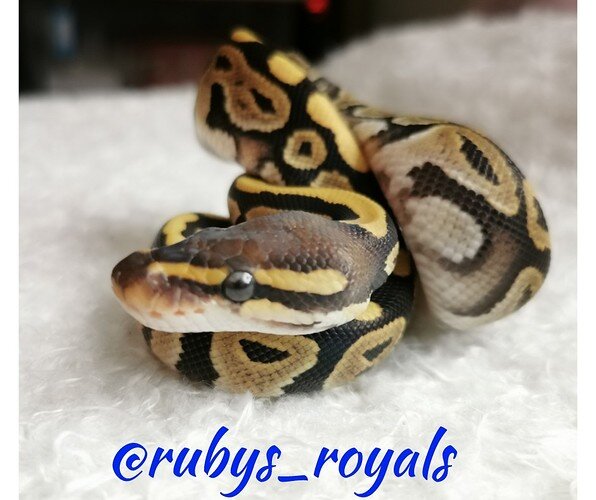 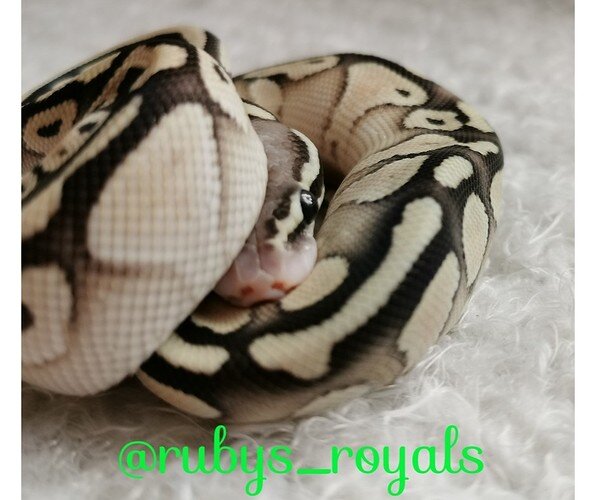 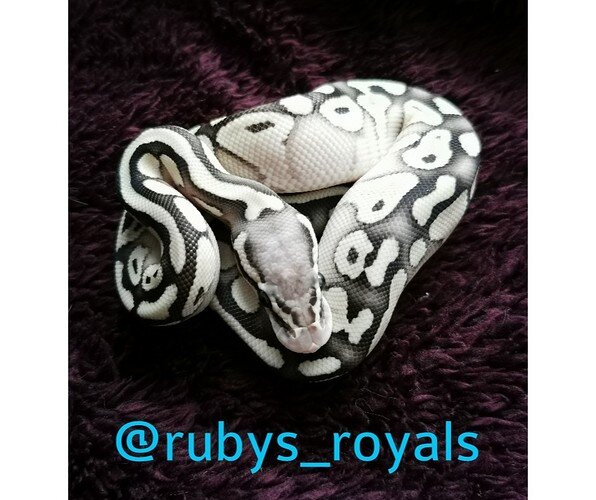 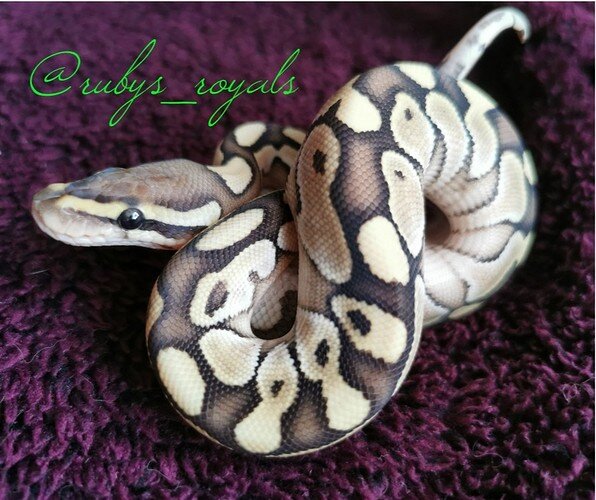 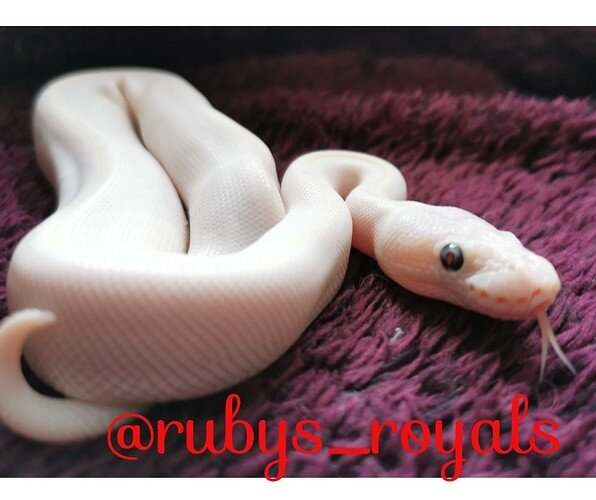 We can agree to disagree on that.

Not really if the definition of recessive genes is they do not have markers. The example of pied is because it is believed to be a co-dominant gene with a very weak influence as a single copy.

Hi guys sorry for bringing back an old post. Its been suggested that female may have orange dream. I don’t really know much about it do any of you think that’s a possibility for the colours of the hatchlings. A lot are really peach colour coming up from their bellies. 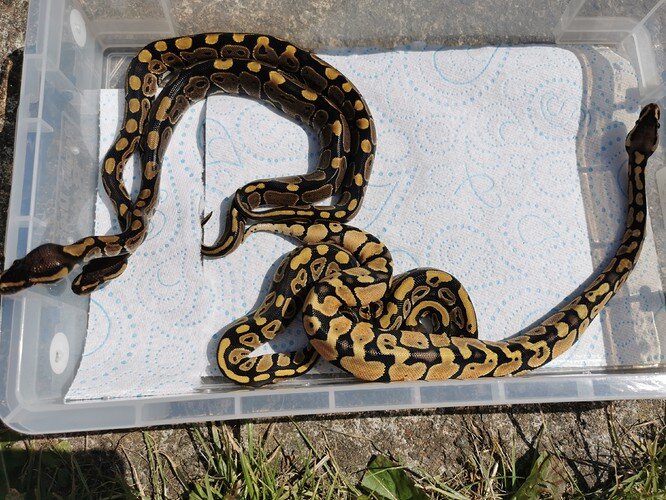 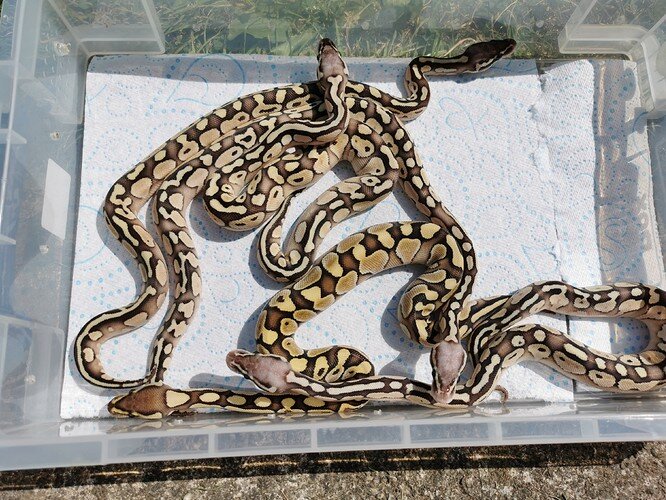