Settled on the name Legoshi (Lego-she). 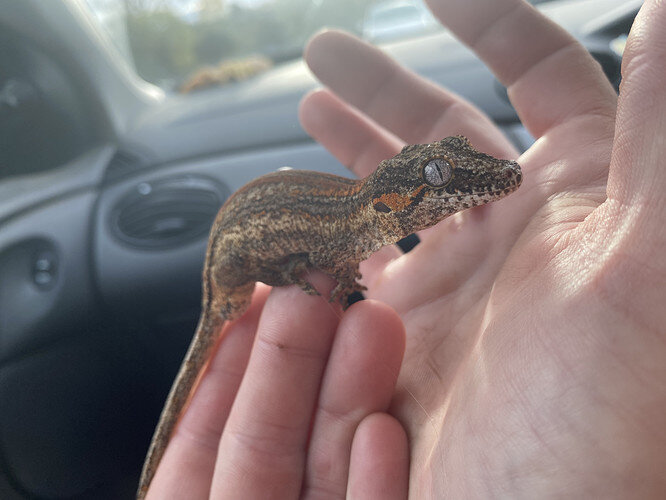 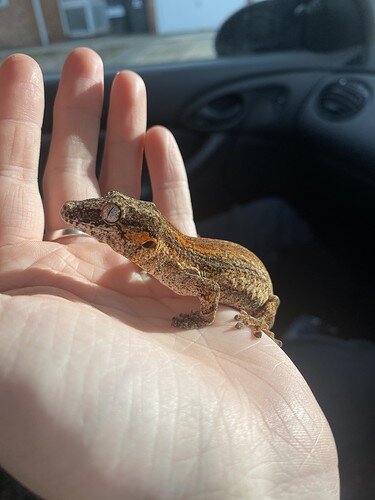 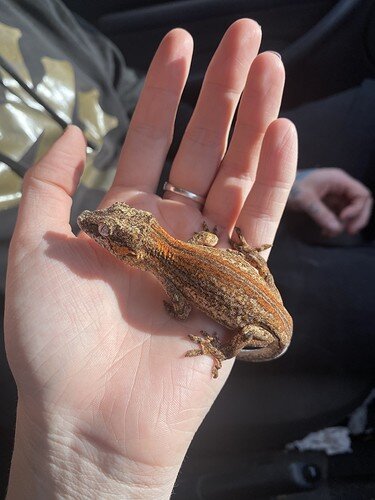 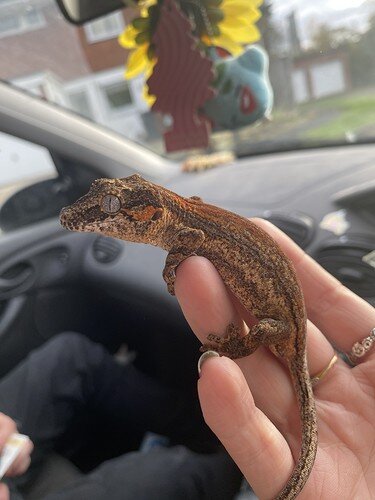 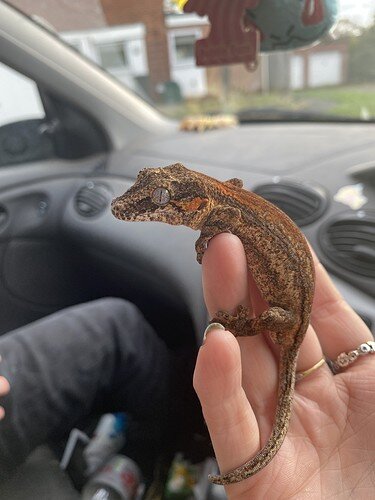 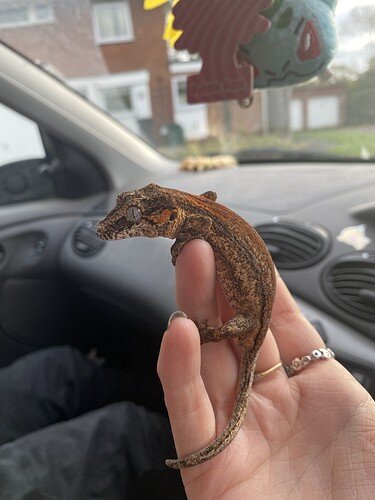 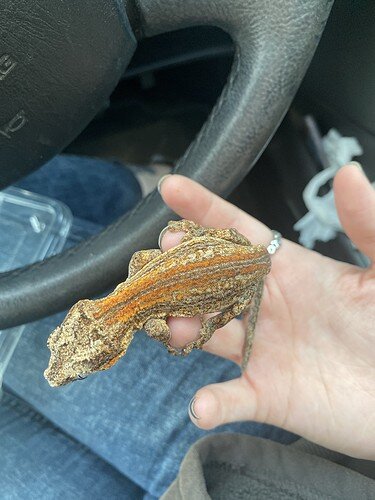 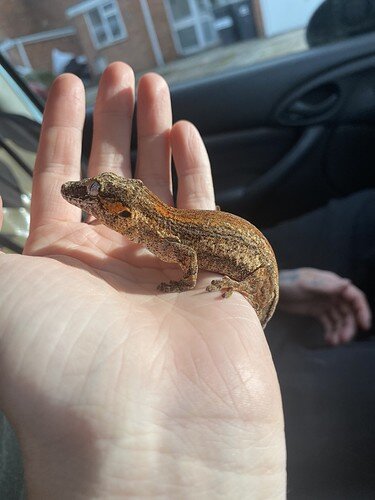 I know he has a wonderful home with all of your gecko knowledge.

Very nice, I hope to have a gargoyle one day, but that has to be when I stop buying Cresties lol

Love the bulbasaur in the background

So happy I can have one again, I plan on getting him a couple females and that’s it!

Waiting for him to fire down for some pics, he looks like another gecko…

Haha thanks, I have a Snorlax up there too

I plan on getting him a couple females and that’s it!

It’s got to be, I made room for these

We are measuring later how many vivs can be stacked where I’d like them! (Rack)
So he’s getting 2-3 females depending on space. Unless I rehome Cresties then I’ll have more room… But… yeah that won’t happen

Maybe I will buy one of his offspring! I can’t see me slowing down with my Crestie purchases anyone soon

Cresties are just too amazing right

Hey maybe a future trade!
This boy was actually the result of a swap, I had him and the other guy had my male pinstripe tricolour, he also then brought my female partial quad from tangerine line, so he’s got a pair for future breeding! They’ve been named Woody and Candy apparently

I was more than happy with the swap as I’d been after a gargoyle again for a while, he even offered me a red stripe instead but orange is my fav colour!

He’s so cool! I love his eyes

I don’t know enough about gargoyle Geckos to know what my favourite would be, but red sounds just as cool as your orange gargoyle is

He’s starting to fire down! 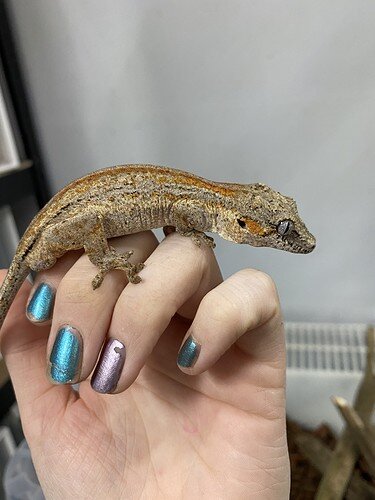 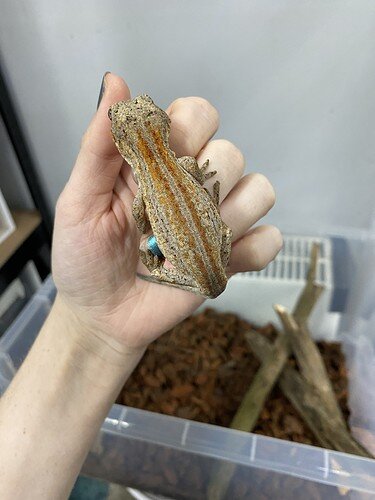 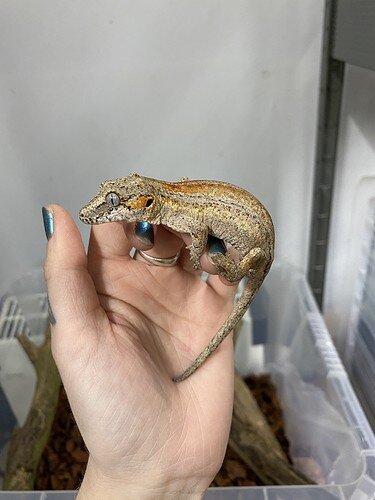 Honestly, this boys very chilled out like the Cresties! 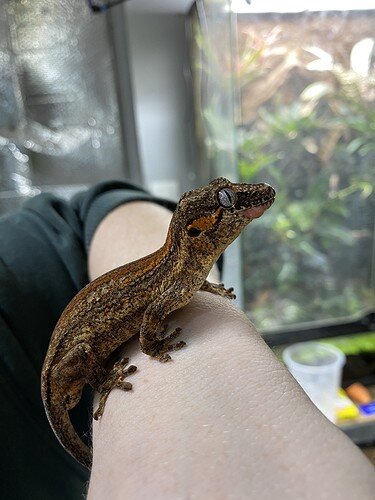 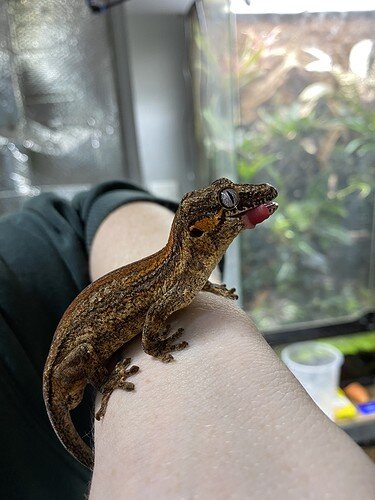 The tongue got it! Just look at the baby eat it’s food.

Love the “Shut up and take my money!” pic. They’re all so much more cute when they stick their tongues out.

His eyes are amazing