I incubate at 86 degrees and definitely had some bad ones

I’ve seen multiple times help out a wobbling snake and I mean bad trainwreck to barely noticable. Husbandry makes a world of difference.

Agreed. However I to be clear (less for you two and more for people that may come and read this later) that this is not a “cure”. These snakes still have the neuro trait and still pass it on to their offspring
.
.
.

spider is a really good looking gene with interesting visual effects. But if the severity of the neuro is totally random, I think I’ll hold off abit longer, at least until I’m more confident we can meet the needs of the condition

I may be a little biased, but look into Woma. While they are also susceptible to neuro it is much less common to have an extreme case with them. In all the years I have been breeding them I would say that I have only seen one case that I would consider “strong” expression and that is in combo with another known wobbler
.
.
.

Do you have any idea how hard it was to find a reliable source of live green anoles, 30 years ago, in Alabama…

As hard as it is for me to find a reliable source of live mourning geckos, today, in Virginia

@owalreptiles can we add the Super GHI skin issue that neonates commonly have to this list.

The first 6-10 months they have wrinkly/thin skin. That’s probably not the best description of it but it is definitely a common defect. Seems to cause stuck sheds too unless you really ramp up humidity. Eye caps shed in pieces as well when it’s a bad shed.

It does resolve with age, and every specimen doesn’t necessarily have it, but more have it than don’t. Happens in combos as well.

Here is a Super Pastel Super GHI that’s currently stuck in a stubborn full body shed. You can see pieces of the eye caps still attached around the edges and the odd texture of the stuck shed on the body.

I can give some references to other breeders who’ve experienced this issue as well. 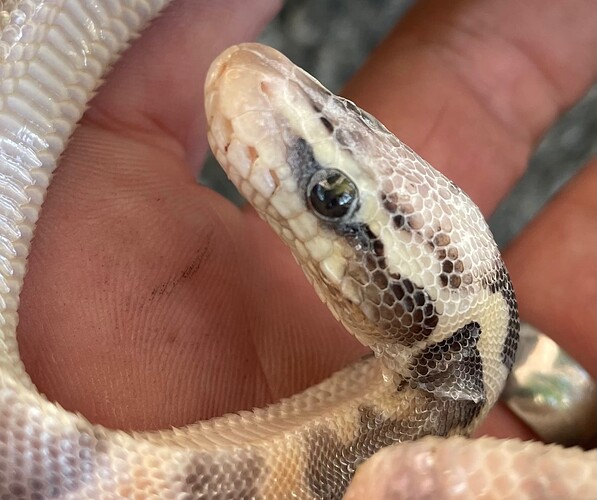 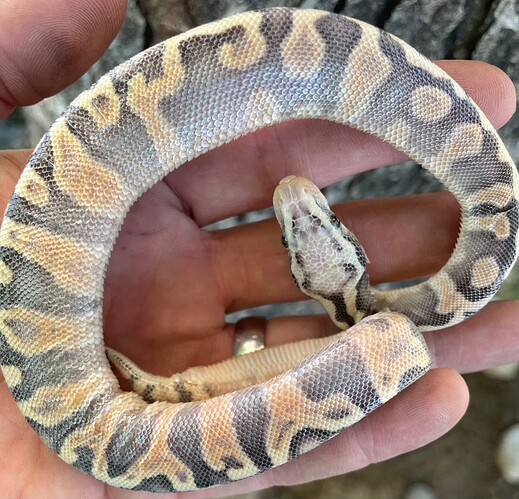 I can give some references to other breeders who’ve experienced this issue as well.

That would be great, something like that Id personally want to see quite a few different breeders report the issue given it’s an issue that could be mimicked with husbandry. Very interesting issue also lol.

It almost reminds me of how certain morphs in boas cause low muscle development in neonates.

What about issues that are possibly not a health problem, just beauty is in the eye of the beholder.
My example is sometimes larger ‘BUG’ eyes occur in super lessers.
Mine do mot have it, but personally I like massive blue eyes.
1, Do BUG eyes cause health problems,
2, is it genetic in the offspring? so will a bug eye in the breeders make a bug eye super lesser more likely in there offspring?
3, should I care if I like the look of BUG eyes in super lessers?

The issue itself can’t be mimicked by bad husbandry. The stuck shed sure, but the baggy/wrinkly skin is genetic.

Justin @morph_jungle is probably the best resource. He’s pretty much the Super GHI guy. @mirandajoy experienced with her Super GHIs as well. I’ll rack my brain for some more.

Miranda did a better job showing it in photos, here are a couple from her IG. If you go to her page and scroll back to September of 2020 she’s got a video in one of her photo carousels that shows it pretty well. 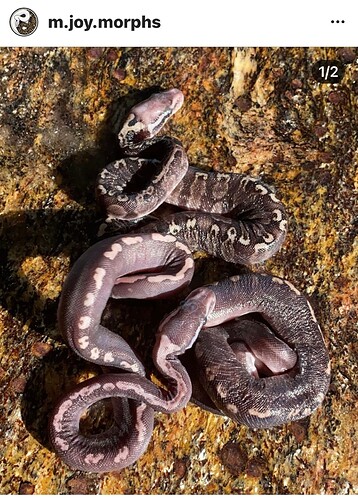 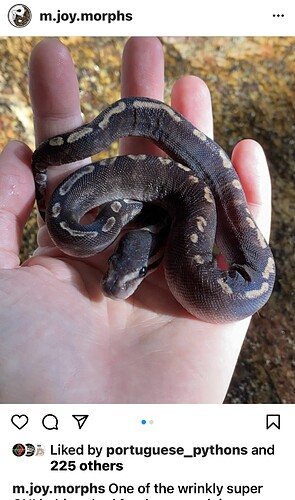 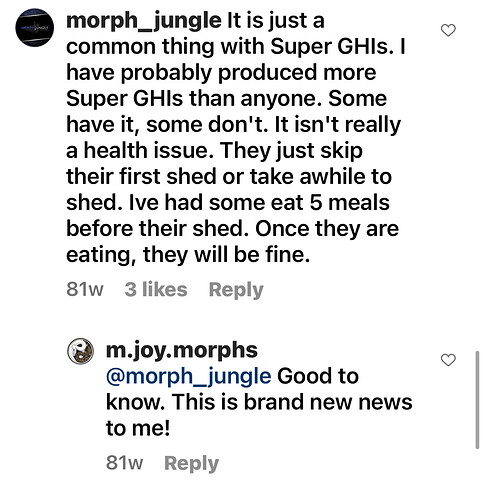 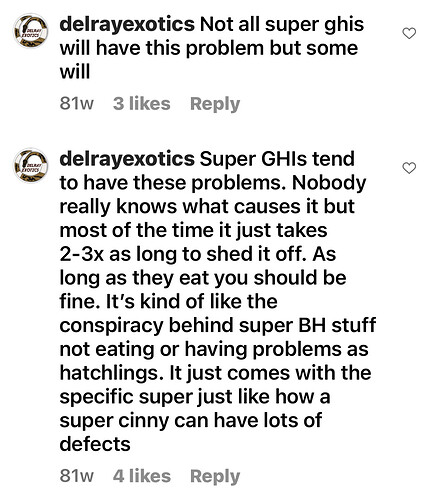 So I’ve seen quite a few spotnose combos (non-super and not with other neuro genes) that noticeably wobbled. Has anyone else noticed the same?

I’ve also seen a couple super chocolates with a minor wobble. Has anyone noticed this as well?

Spotnose is a known wobble morph. Super tend to express it pretty severely. Look at Powerball on Matt’s list on the first post.

I know, but no one ever mentions the single gene, just the super

I have definitely noticed single gene combos with visible wobble symptoms. I thought it had been confirmed and added to the issues list a while ago, but I posted in a forum here just a few weeks ago and responded to someone confirming single gene spotnose as a wobble morph, and multiple people told me I was wrong.

but no one ever mentions the single gene, just the super 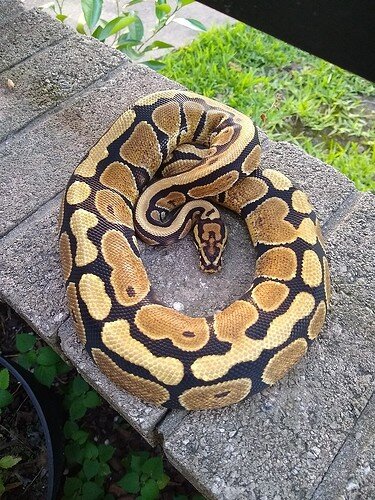 The Spotnose Ball Python is a color and pattern altering mutation that can easily be told apart from a Normal Ball Python by its extreme head stamp, lighter colouration across its dorsal pattern and mostly circular “alien heads”.

I think by “single gene” they meant not super… heterozygous.

Going back to Travis’ spectrum where BH is -10 and Spider is 10, its likely spotnose is above the 0 mark but not high enough to show on its own.

This is just for a example and doesnt relate to any scientific findings, but think of it like this number line. And lets set the “wobble” mark around 5.

Spotnose and sable (both 4) dont show wobble, but in their super (8) they do.

I think by “single gene” they meant not super… heterozygous.

Oh i agree, which is why spotnose is a 4 on that line

And lets set the “wobble” mark around 5.

So I’ve seen quite a few spotnose combos (non-super and not with other neuro genes) that noticeably wobbled. Has anyone else noticed the same?

To answer this using the above example. It’s possible that these combos you are seeing are spotnose (4) + others that are also in that 1-4 range… Not visible by themselves but if the combo adds up to 5+ you will start to see something.

What I meant by single gene was non-super and non-mixed with any other neuro spectrum gene. In the interest of notation I actually marked down the combos I saw with noticeable wobble syndrome at the last big expo I went to. They included a phantom spotnose, pastel calico spotnose, black pastel spotnose het clown, and a simple pastel spotnose. These are all animals I noticed visible (minor) wobble symptoms in, and these are all heterozygous spotnose combos. This isn’t the first time I’ve noticed heterozygous spotnose animals with a wobble