Was cleaning while rocking out to some music tonight, when I realized a female had some huge white feces. She was only put twice with a very small male not even with breeding intentions just with hopes it would kick him into feed. Never saw him pair so I think it is retained sperm. It is a great suprise anyways since this is a dinker project I’ve been working on for a few years. Don’t know how I missed her ovulation she is a pretty slim snake. 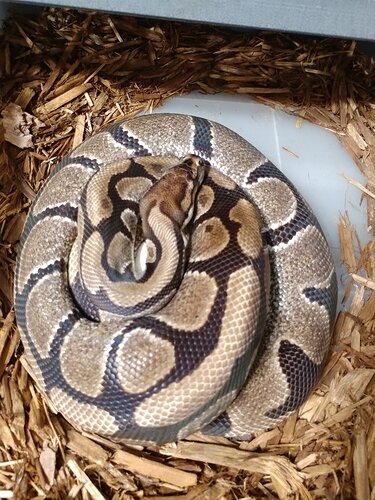