Hi all…wanted to get opinions on my dinker project. Based on the difference in this year’s hatchlings, I believe that I reproduced a visual trait.

First - here is the original male of unknown origin. I acquired him in 2008 when I didn’t have many BPs and I had the space for snakes that “looked weird.” 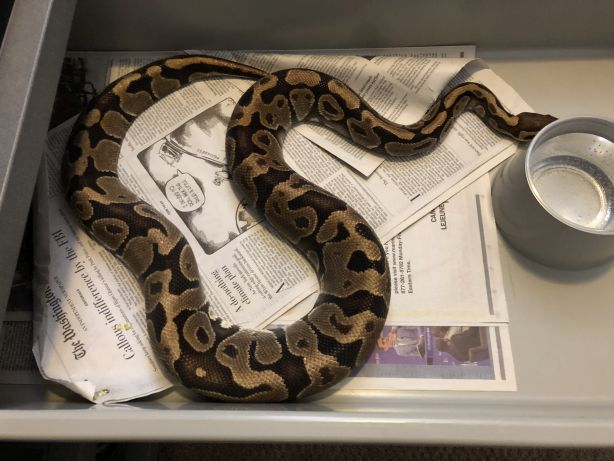 I wasn’t able to find many morphs that resembled him but I thought the closet thing was a HGW. The best way to figure out if he was one was to breed him to a single gene lesser and see if any soulsuckers pop out. But that didn’t happen.

In the clutch were three lessers…only one of them looked different than the other two. In the pics here, the different one is the one in the middle: 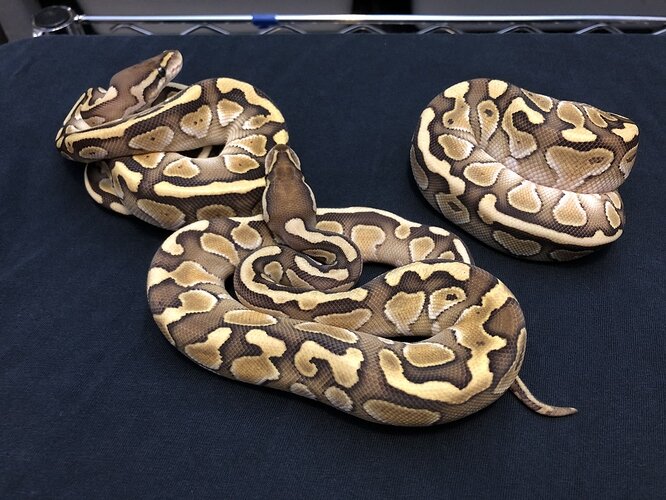 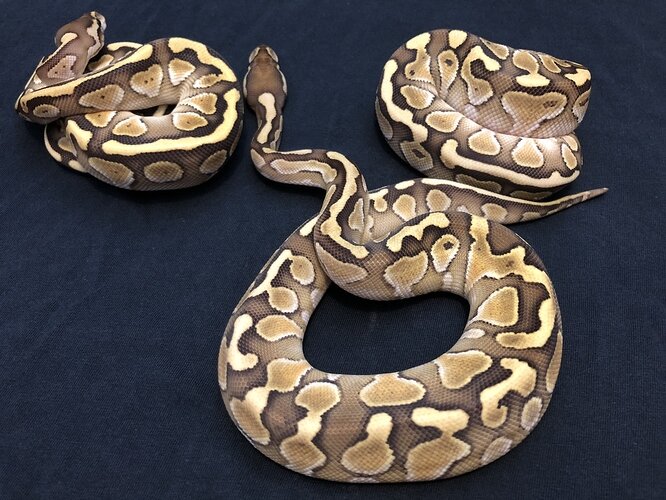 I’m interested to hear what you guys think. Genetic trait…or simply an aberrant pattern that showed itself in the clutch?

First I have to say that dinker male is very neat! Love the wacky dorsal and irregular banding! Good chance of proving out that project in my opinion! To me it does look like it is influencing the middle Lesser, not just the weird dorsal markings, but how a lot of the side patterns join the top similar to that irregular banding of the male. I have hatched plenty of single gene lessers and never had one look similar! If there is any reason it is not influenced by the male I would have to say that I have noticed even with subtle morphs like granite for instance the colors are usually slightly different, but not always. If it is female definitely hold it back to breed to the male. Never know could produce a super, or more like him. If you have a breeder normal female, definitely put the dinker male to her! I would enjoy seeing that project prove out! Nice snakes!

That is one rad lesser! would love to see more like it! love the crazy pattern, almost reminds me of a puzzles side/belly pattern. Looking like a hopeful project for sure

Not to say your male isn’t a dinker, but pattern can be pretty variable too. For example I have this clean, banded lesser pastel male who produces hatchlings with funky patterns. 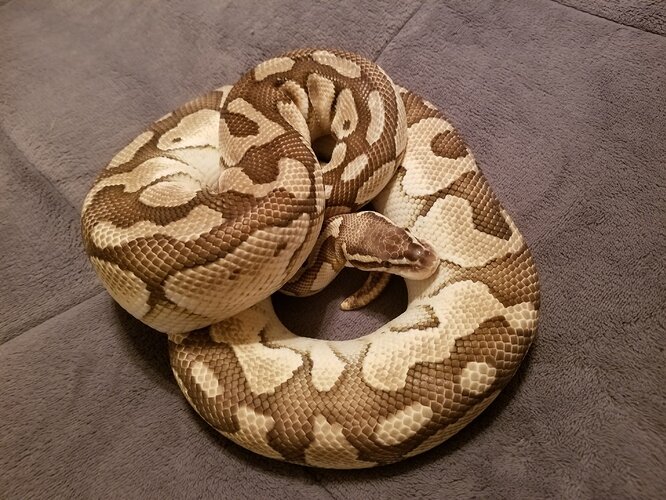 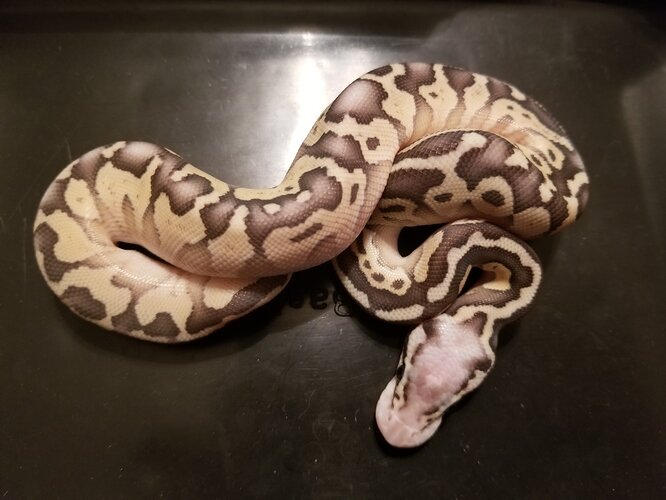 What ever it ends up being its really neat. Lesser and pastel are so simple, but honestly together they are my most favorite combo. I restarted my collection with a female lesser pastel, just an awesome snake.

I appreciate everyone’s feedback on this! The two typical looking lessers were both males and I sold them at my last show. The funky patterned one is a female and I’m just going to hold on to her and grow her up. Maybe she will be paired up with the original male one day, maybe not, but my collection is still small enough where I can keep snakes that I just like as opposed to having to fit into a specific breeding plan. Will come back and post some photos as she gets older.