Some good finds while field herping

We went out and found some cool stuff last weekend. I’m leaving out the toads, spiders, millipedes, and other stuff that was really common in favor of these 3. 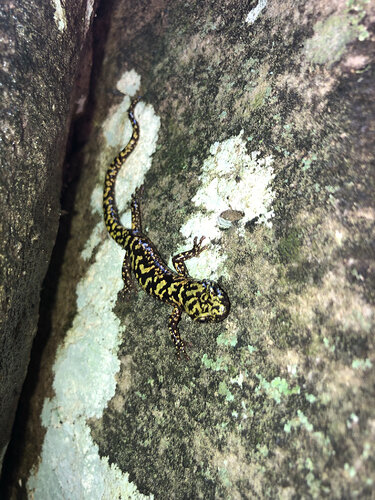 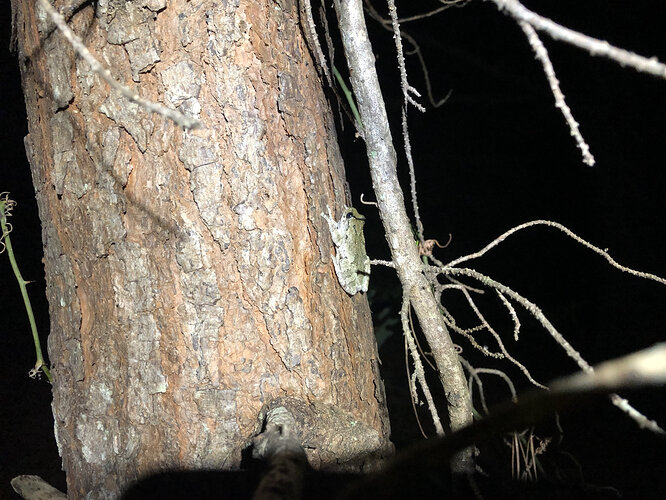 And my favorite, the Pigeon Mountain Salamander (Plethodon petraeus). These guys only exist on the eastern slope of Pigeon Mountain. It was dark and they were pretty quick to run so we didn’t get a great pic but we did find a few. 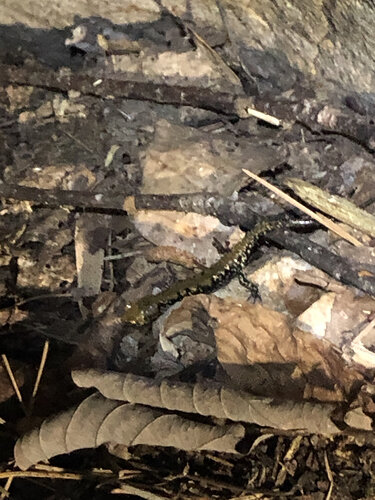 Sorry to bump up a old thread but this is great and I’d enjoy reading about everyone’s herping finds.

I don’t think I’ve ever seen a salamander of any sort in front of me. The best I’ve found was a newt (I can’t remember what sort) while out fishing, we put it in a empty maggot pot and took it over too one of the workers at the pond who went on to tell me that that certain species being threatened is the only reason the pond was still a pond.
For nearly a decade the owner of the land had tried to poison the water to kill them so he could sell the land to garbage tip next door, luckily he died before the newts did and now there is a team of them working to get the population back up.
He gave the newt a little check over and then let it free. 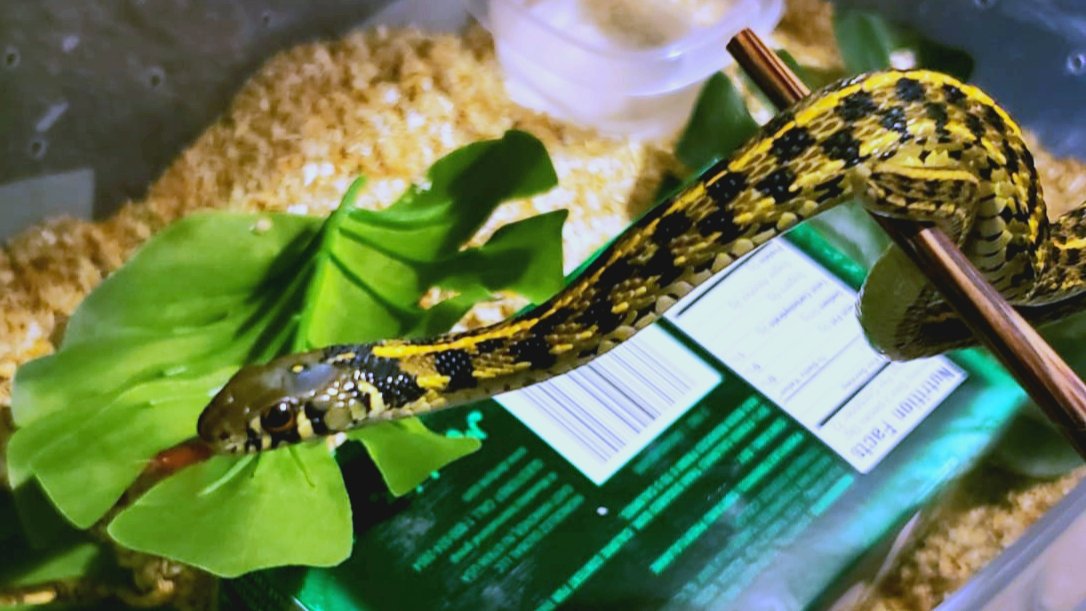 Found this garter this summer after a really bad storm split a tree in half. We kept him for 24 hours to rehydrate and just to admire. Put him back near the tree the next day. Very cool to see a garter with a full tail, no external parasites, and in amazing body condition. He was also pretty chill with being handled which was also a plus. Never musked. Never bit. Just tons of curious tongue flicks.

Early spring this dude came up way to soon and we ended up housing him for nearly 2 months because it got cold again. He got used to eating crickets offered from hand real quick. Was a pleasure to have for a bit and tolerated my sometimes twice daily checks cause I do love my toads. Think he’s a Plains Toad but not sure. This is as big as I’ve ever seen any get around our place.