So I have another split clutch

Let’s rule some out, don’t see any hurricane or banana so don’t think those sired anything 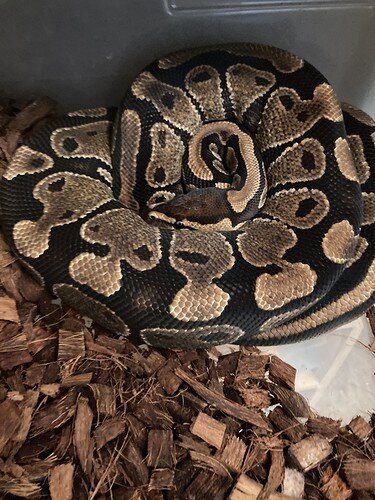 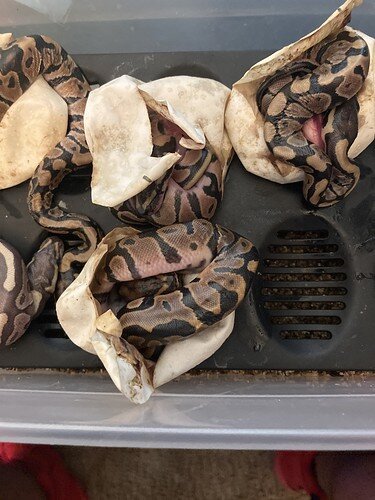 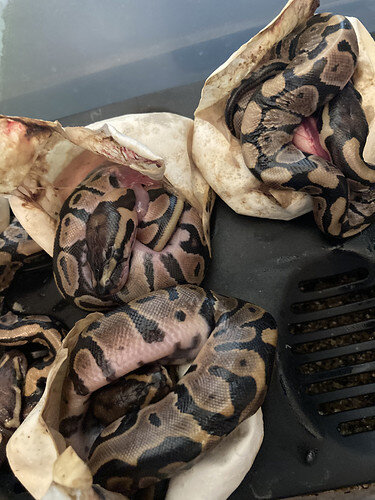 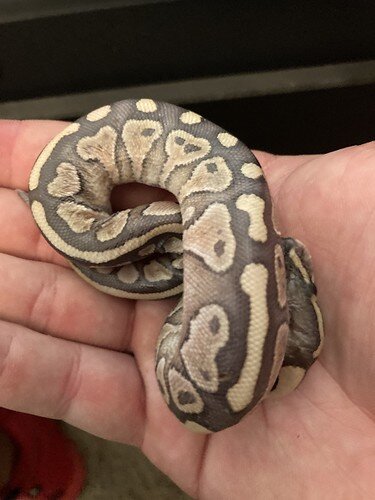 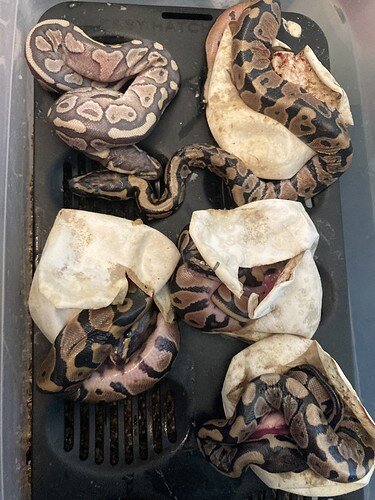 You need photos once they shed… they look very dry… the humidity probably needs to be increased.

I’ll go add some more water in there

Again pre shed but they are out, one unfortunately not photod was dead in the egg pretty developed so not sure if umbilical issues or what.

To me I see one that’s definitely from the leopard male , one of course the butter , other two in question look like possible from my redstripe to me , let me know if anyone agrees or disagrees again I know it’s tough pre shed just getting my ideas on them preliminarily 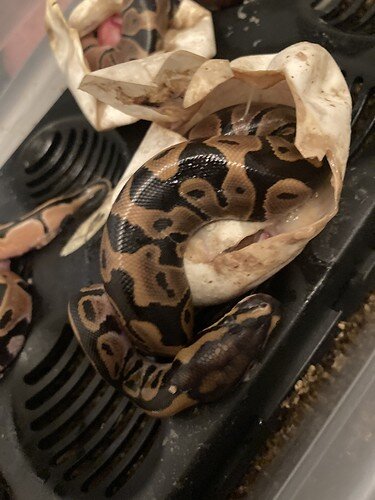 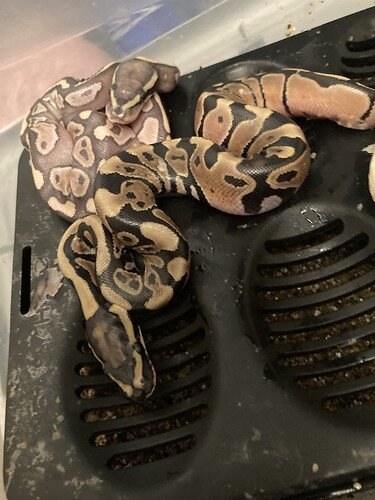 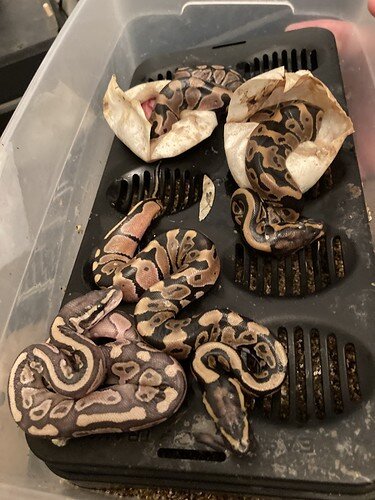 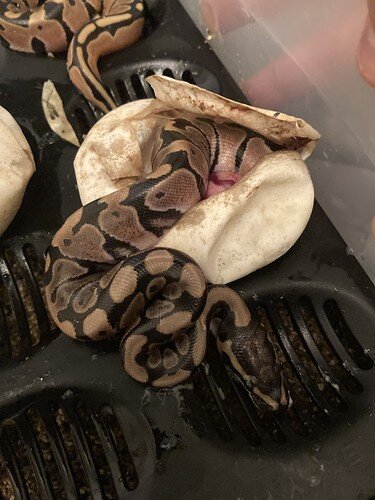 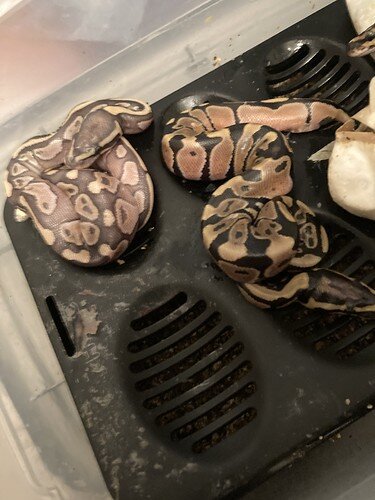 I’m not seeing the leopard personally. Split clutches aren’t a super common occurrence what has you convinced it’s a split clutch? Also why did you breed to so many males?

I agree with @saleengrinch. I don’t see leopard. Here’s a leopard hatchling of mine for reference.
Pre-shed and post shed. 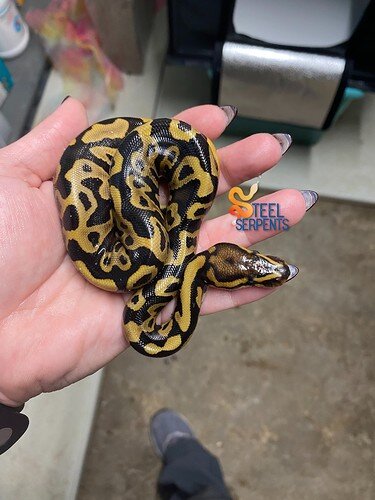 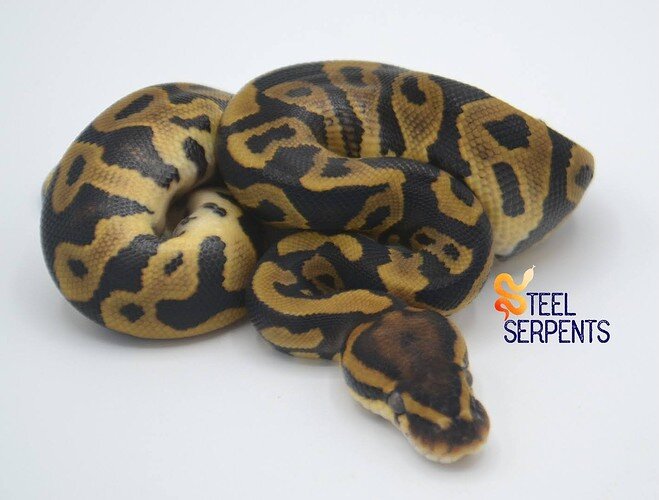 Also hard to say until they shed but don’t believe the butter has hypo in it as well.

Here’s a hypo butter I hatched for reference 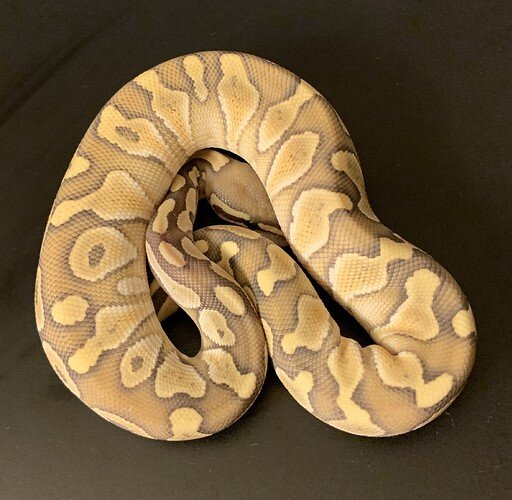 Got ya. I’ll check them out again post shed,

The female was sold as dh ghost clown so I put her with multiple males as I wanted her to definitely go, was impatient, and wanted to prove the het clown, however out of all these hatchlings not a single clown so either bad odds or she isn’t het clown.

I wouldn’t imagine that it would only be from the butter as only sire as only hit one butter and all the rest would have to be normals that would be pretty weird odds so I think if not leopard that I do see some potential red stripe in one of them for sure , I’ll get update photos when they shed. The one I thought possible leopard was just much darker but maybe then just a dark normal , time will tell

multiple males as I wanted her to definitely go,

This doesn’t necessarily increase your chances of getting eggs. It just makes it incredibly hard to get a true Id on any of them. It appears the lesser was the sire and your hets didn’t prove out.

It appears the lesser was the sire

I agree here. Your lesser is the culprit!

So are all the non butters just variations of normals ? That would be shitty odds as well , oh well you win some you lose some , many more clutches to come and 3 still in incubator but have another female supposed dh ghost clown that I got from same person so hope I didn’t get lied to

In my opinion yes 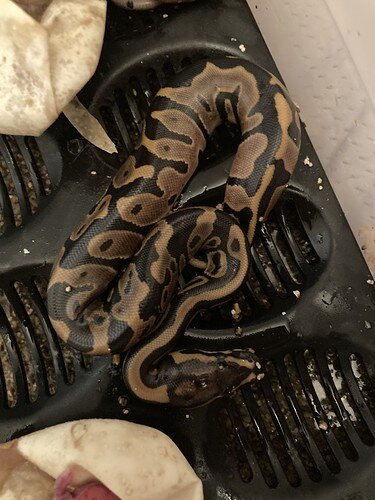 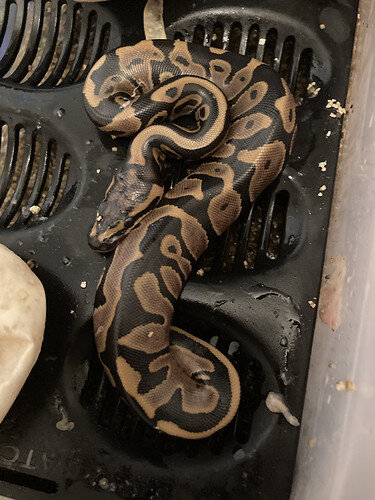 And here’s the leopard potential , maybe not potential dad as well 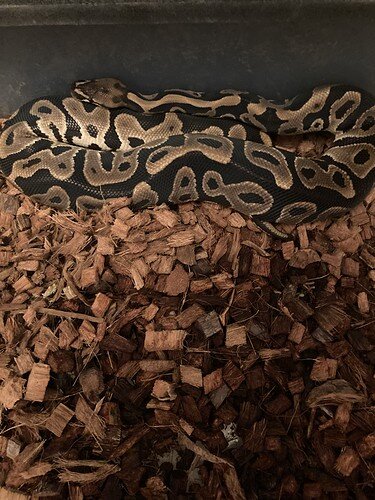 Here’s more of the dark one in question , belly shot , he/ she has the brownish top of the head stamp like my male leopard and others ive seen, now the pattern isn’t quite as melty or dramatic though , probably trying too hard here hoping it is one since had such crummy odds on this clutch 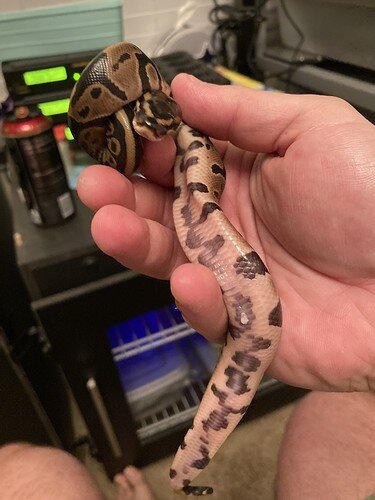 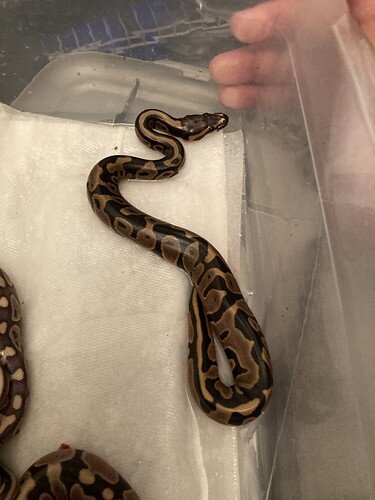 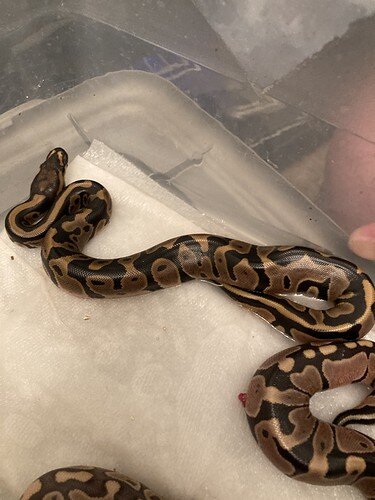 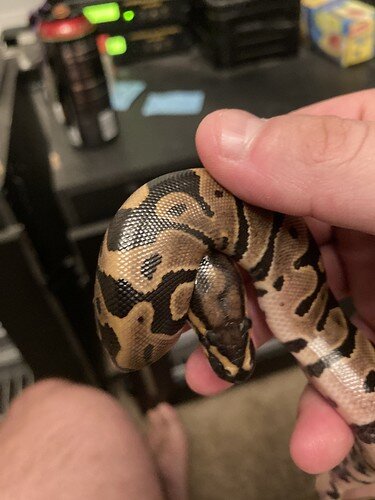 Don’t give up just yet on her not being dh clown ghost, you used dh x dh. Trust me! Took me 6 years and about 70 eggs to get a visual lav albino g stripe from a dh pairings that i had produced so i KNEW they were 100% dh. you only have 1 in 32 chance of hitting a clown. 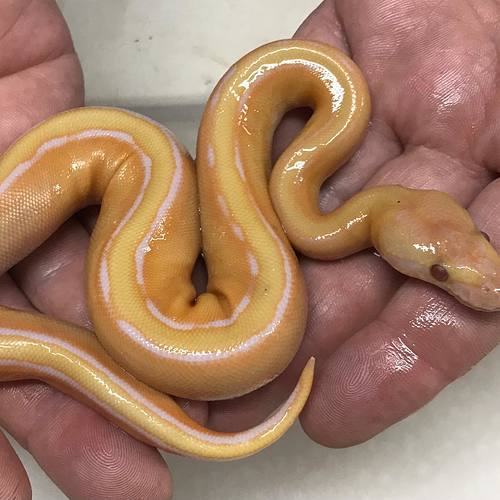 That’s a gorgeous one you produced 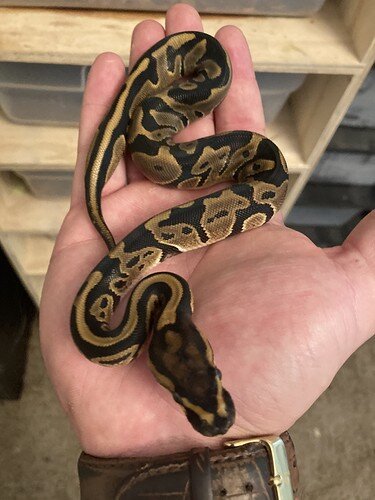 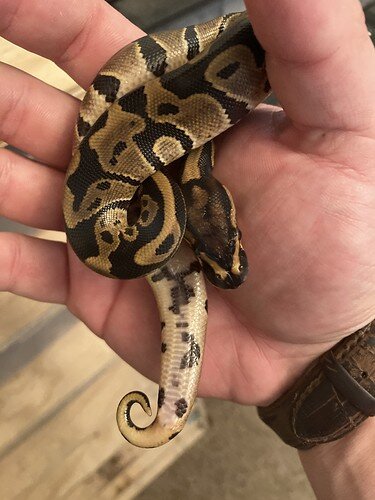 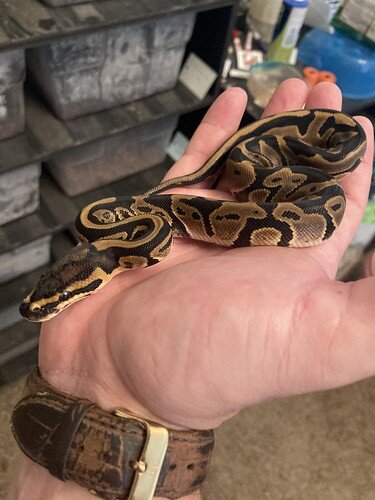