Thoughts and help on morph

Ok guys. Picked up 2 adult females today. First one was sold as pewter G stripe. Would love some thoughts on this one. The second one is a mystery to us and could use some help. Sold as pastel enchi but my wife immediately had her doubts about the enchi. I will post pics and your help is greatly appreciated. 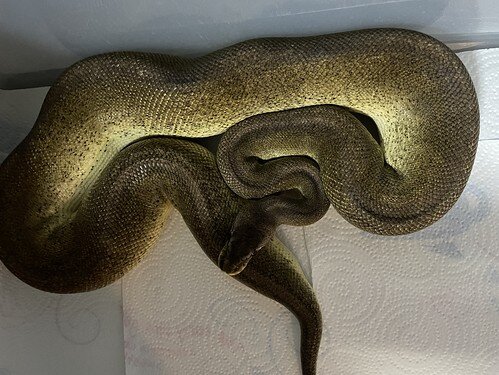 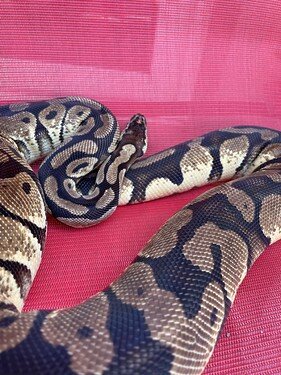 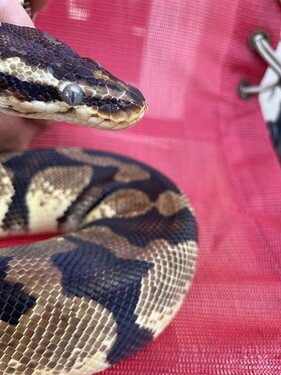 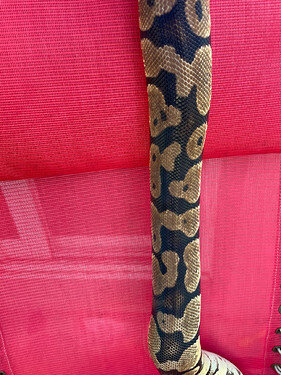 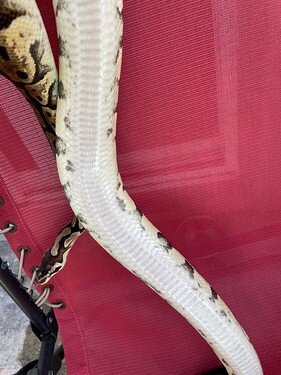 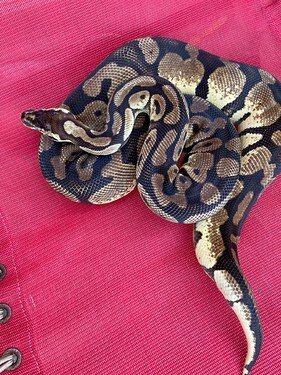 I would agree with both of those id’s.

Why did your wife have doubts on the enchi? It looks enchi to me, and the light color (especially the eyes) says pastel is there too. Pewter g-stripe is likely with the other as well. Easiest way to prove that is just get a g-stripe male and breed them. Doesn’t look super cinnamon like some on the other thread have stated, though if she is all her babies will be cinnamon. Why do you doubt the morphs on them at all? Were they just bought off something like Craigslist with no proof of lineage, or from a breeder?

Purchased from an expo from a breeder. I didn’t have a question about the g stripe. We were on the fence about the other having enchi because most of the enchis we see don’t have alien heads mostly just banding or saddles.

Enchi can have small amounts of alien heads here and there on occasion. They don’t completely lack them most of the time.

Here in an enchi listed from a trustworthy breeder on MM. Just as many alien heads as your girl.

@ashleyraeanne thank you. The other part of it was the flaming. Is that due to the combo of Pastel enchi? I have never purchased from the breeder I got them from. He has a good rep with other breeders I spoke to that I have purchased from in the past. We just don’t have as much experience as some of the people on here who can look at a few scales and tell you what age sex and morph

Pastel affects the color. Enchi is a pattern disruptor but you can still have alien heads. You can get varying amounts flaming and blushing on almost any morph.

Thanks everyone. This has been helpful and educational.