Hey everyone I have a three generational project I’ve been working with and honestly I’m lost! The first two pictures are the male I bought as a pastel Mojave leopard pos het pied. I wasn’t really worried about the genetics at the time I just loved him. He sired two clutches before he got a infection in his hemipenes and passed away. His first clutch(3rd pic) was to a black pewter and I kept the bottom right two. The second clutch (4th pic) was to a het pied. At this point I talked to his breeder who said his mother was a Mojave sulfur and his father was a super pastel leopard who had something else. At this point I’m guessing that he was a orange dream sulfur yellow belly Mojave. Then that brings up what is this female? I kept thinking she was a black pastel Mojave with a crazy ringer but then she produced this weird little dude. That pairing was orange dream pastel yellow belly pos sulfur. 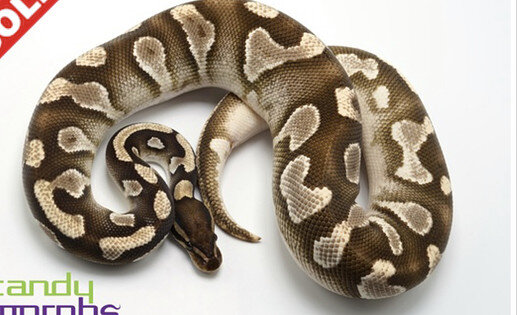 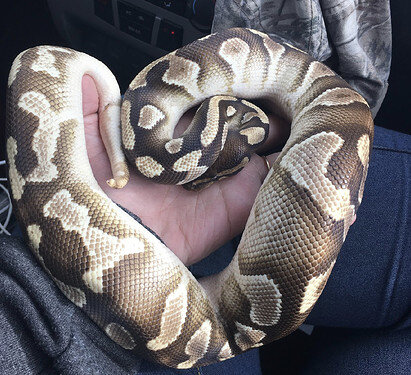 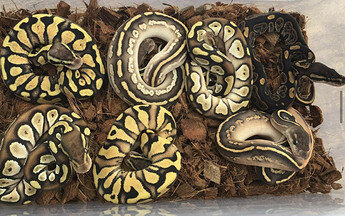 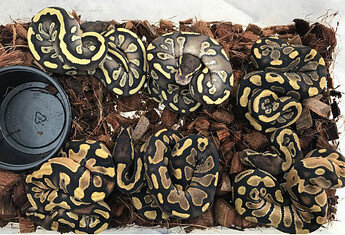 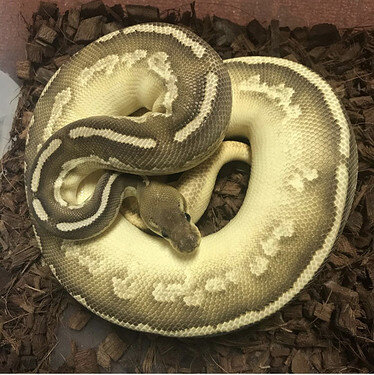 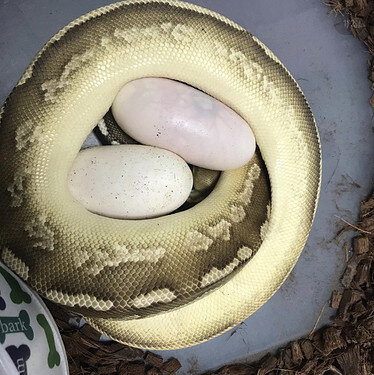 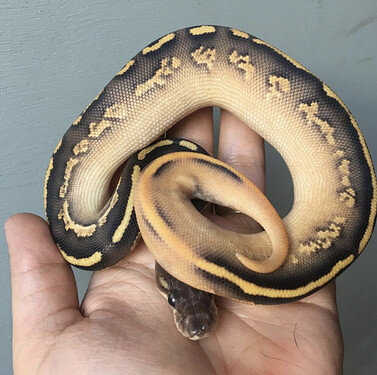 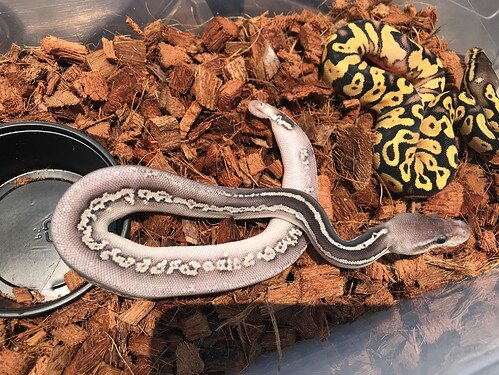 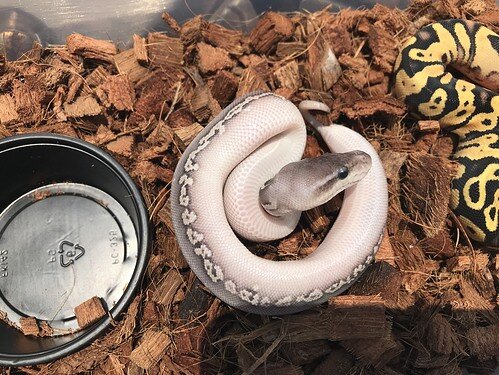 What I Believe you have is a Cinnamon/ Blk pastel, Mojave Orange dream that is most likely Het pied hence . (Ringer) as you stated it might be poss.

I then think the new snake you produced is a Black Petwer or Pewter /Mojave (poss orange dream) also most Likely het for pied. (Passed over ringer)

I think due to the colour of yours that it’s cinnamon and not black pastel. But it could be either.

I took a pic of the net and did side by side with yours. (The other pic is without ringer) but the pattern shape dorsal are all very alike and most probable.

Edit that. Just see one the babies. That’s blk pastel not cinny😊