Too many morphs to tell?

Getting back into the hobby after a few years off. When I left, four-gene snakes were pricey but achievable for the hobbyist, five-gene snakes were the grail. Having had a look around a few well-known breeders, it looks like we’re now up to seven, eight, maybe nine-gene snakes. Does there come a point where a snake has so many morphs in it that it becomes impossible to reliably tell what’s in there just from looking?

Welcome to the community and welcome back to the hobby.

This is a good question.

I feel like a lot of it when it comes to the 5+ genes is based on past breeding results.
If I dived in one of them projects then I’d struggle along the way of IDing, but say @osbornereptiles, he has been working with certain genes for decades and could spot certain ones no matter how many others are stacked on top.

Also comparing them to ones that have proven to carry them genes.

Absolutely. I have a Black Pastel Pastel Pinstripe Spider Banana. He was purchased as super pastel as well but has proven not to be. I gave away what is very likely a copy of him this season to a friend because I don’t sell animals I can’t ID. It is at least a Banana Spinner Blast but could easily be either or both super pastel and black pastel.

Even in pairings with less genes it can be hard. From a Pastel Enchi GHI x Bumblebee one of my holdback females is a GHI Enchi Bumblee or Killerbee. Impossible to tell if super pastel is present without breeding it.

If you’re just making a few it isn’t so much of an issue but it can really hard to get your money’s worth out of snakes that are pos pos pos. I typically give them to friends for free and only ask for a female (that can be ID’d) back out of it’s first clutch. 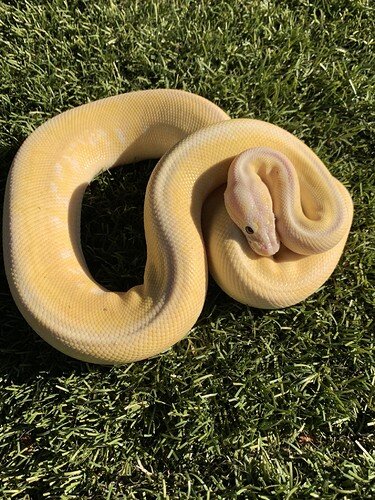 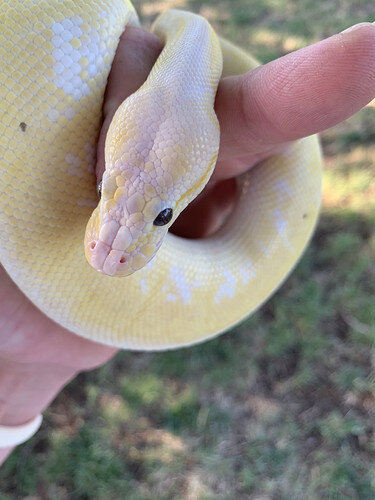 I’ve seen breeders just shove genes together and the animals that come out are blotchy in pattern and drab in color and I don’t even know how they can tell what they are unless they are just guessing. But, I’ve also seen some absolutely beautiful 6-7 gene animals. It’s all about your vision and knowing how the genes you are working with work with each other.