It appears as though my girl Mocha is gravid again, even though she hasn’t been paired with a male. She refused food last feeding, and is going into shed… she’s also gained a bunch of weight again which I didn’t think much of at the time.

I’m only confused because I bred her earlier in the year, and she had laid two clutches of slugs. What could have triggered her to develop follicles again? I wonder if she had retained sperm from Mango, the male I had originally paired her with? Has anyone else had a female do this?

I guess I’ll find out in a couple weeks, I’m not expecting anything good to come of this (likely more slugs) but I still find it interesting.
I planned to put my breeding hogs down for a short brumation period next month to trigger breeding, so I hope this won’t cause any issues for that. 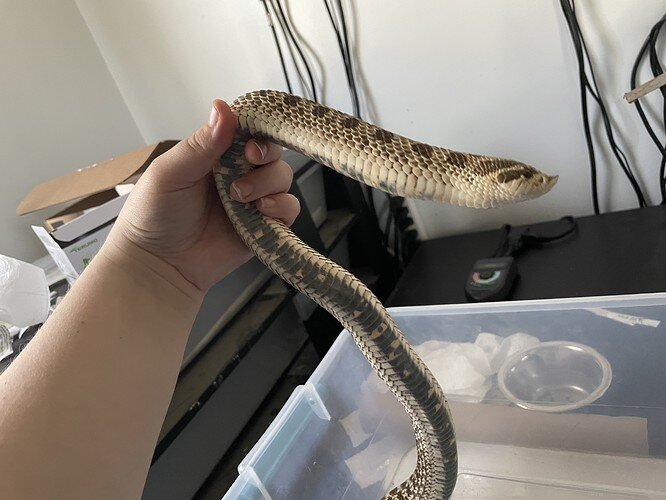 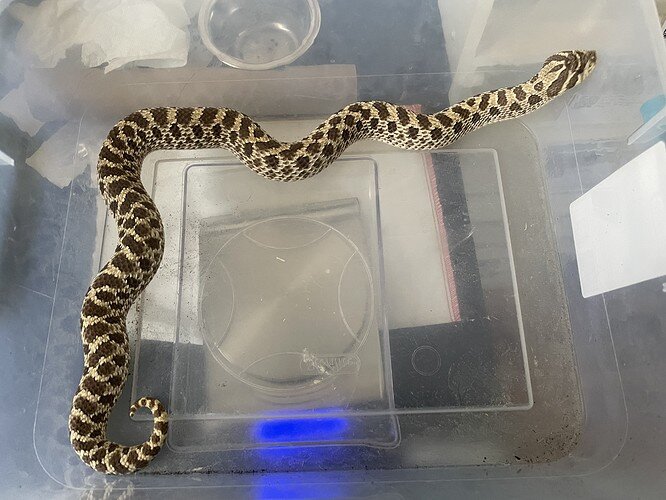 I wonder if she had retained sperm from Mango

Hogs are one of many species that have been shown to retain sperm, so it would not surprise me.

Yeah, it’s a possibility for sure.

The only thing I can think of that may have triggered her to go through a breeding cycle again is when we rearranged the racks — we had to unplug some of them for a short time so we could move them. It doesn’t seem like it would be likely since it was such a short time, but that’s the only thing that’s changed recently that I can think of.

That’s definitely what’s got me confused. I guess it doesn’t take much to trigger them to go into a cycle!

Oddly enough my other adult female seems to be doing fine. She hasn’t shown any signs of being gravid, she’s also a virgin so no idea if that has any correlation. 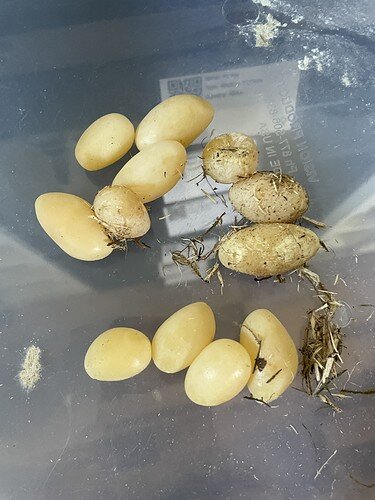 She laid a clutch of slugs.

I made sure she was empty by palpating her, gave her a fresh-killed mouse, then after she finished eating I introduced my proven male Mango in with her. I supervised them for 5-10 minutes or so to watch her behavior towards him, she displayed the typical head bobbing so I deemed it safe. I checked several hours later and they’re both cuddling on the heat. Hopefully he can get a few locks on her and maybe the second clutch will turn out with some fertile ones. She’s always consistently laid a second clutch so I’m hoping I can make something of it

Has she ever produced a good clutch? Or been bred to any other snake besides Mango?

I am sorry that she keeps slugging out! I hope that her pairings next year go better.

She’s been paired to Mango before, the first year I bred them she produced 7 healthy eggs her first clutch, then slugged out her second one.

This year she was paired earlier in the year, slugged out both clutches.

She was not paired this time around, just randomly became gravid again. I don’t know what trigged her to lay eggs again, either.

This is Scarlet, a female I held back from said clutch. She’s over 100 grams now and has the same appetite as Mocha 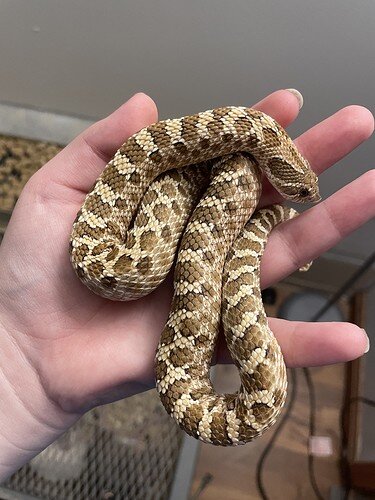 Only thing I can think is Mango is losing his touch lol. Do you have another male you could pair her with if she slugs out with Mango again? Just to see if is Mango or a problem with her.

I don’t know the exact age of either of them so yeah, unsure if it’s just Mango or if Mocha was sold as an adult due to her tendency to lay slugs.

Mango was already going at it after a couple hours 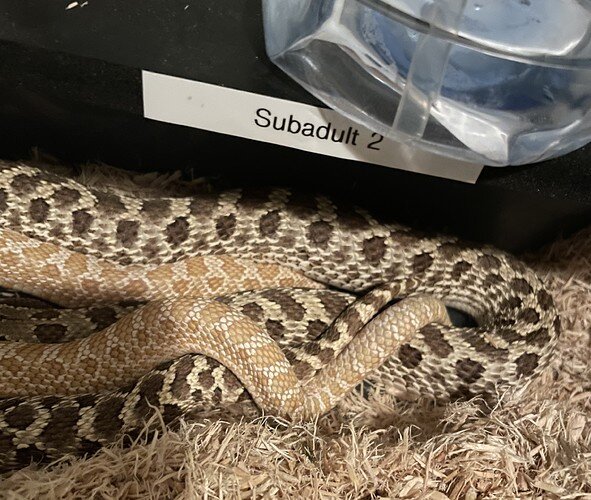