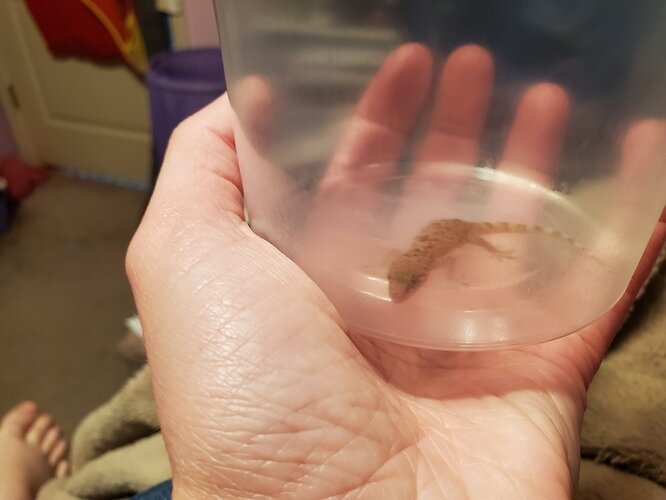 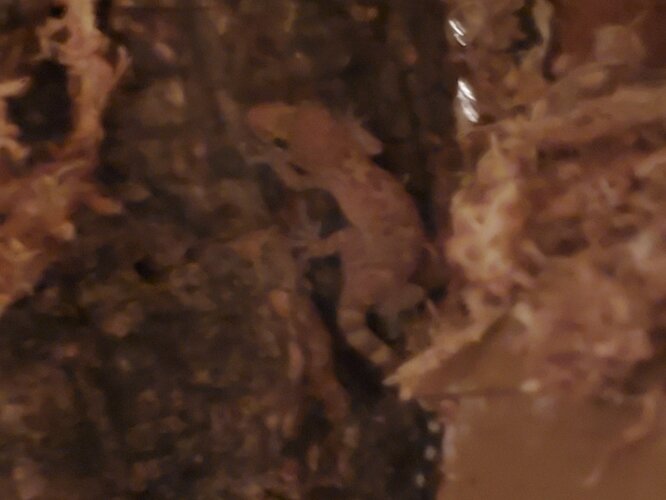 20201028_2134064032×3024 1.88 MB
I’m currently watching my brother’s dog, and the dog wanted outside at about 8pm. When me and the dig were going back inside I noticed this juvenile Mediterranean house gecko clinging to the bricks, it’s 41°F here in my area of Texas right now so I brought it inside to warm up. He didn’t budge when I first picked him up, but once he was inside and warmer he started moving around as fast as they normally do. It’s too cold to release him + as the name suggests they aren’t native to Texas (albeit they’re true to the house part of their names, I’ve never seen one away from a human building so I’d imagine the environmental impact isn’t huge). So if he survives transitioning to captivity, he’ll get to live in the vertical 10gal I was going to use for a more exotic tiny gecko species.
He isn’t a particularly special gecko, but I think he’s cute. He’s been given some water and extra small bsfl to eat. I’m going to look into getting a uvb bulb in the morning so he can have a day/night cycle. I’ve kept ones I’ve caught before as pets when I was a kid and they don’t seem to need supplemental heat, one of the ones I caught laid eggs and those eggs hatched at room temperature successfully.
He’s already taken to climbing the cork bark wall background as well. Wish him luck!
9 Likes
mblaney October 29, 2020, 5:46am #2

Well he’s quite the hider! I was worried he had passed or somehow escaped but I saw him alive and well today, most likely looking for dinner. Going to see how he feels about reptile vitamins

Update: Unfortunately it seems the gecko has either passed or escaped somehow. I haven’t seen him and took a peek around his enclosure and no sign of him, just some older poo I hadn’t cleaned up yet. I’m leaning more towards escaped because the enclosure doesn’t smell like death, I guess he can go back to snacking on bugs outside my house but hopefully he stays in when it drops cold again