I’d had planned on setting up bioactive enclosures for two arboreal geckos, a cave gecko, my smooth knob-tailed gecko, and a jumping spider for awhile. I decided to get some isopod colonies up and running in advance, so that I’d have plenty to put in each enclosure and to maintain for re-seeding if needed. (I realize that the isopods may get eaten by the inhabitants, but I’m going to give it a try regardless.) I have liked isopods since I was wee, so even if they don’t work out as a clean-up crew, I knew I’d enjoy keeping them.

After a fair amount of research, I started looking at the various species to find some good candidates for the different environments. I wanted to try multiple isopod species, so I decided to steer clear of the species I knew were parthenogenic, lest they contaminate and out-compete other species.

That’s when I discovered Panda Kings! I took an instant like to them, but I knew they were a more intermediate/advanced species that wasn’t commonly used for clean-up crew. So here’s the confession- I gave in to temptation and got them anyway!

I did hours of research, set up some isopod enclosures, seeded them with springtails, and then ordered some A. maculatum, P. scaber ‘Lava,’ and some Panda Kings. Wanting to increase the strength of their gene pool to optimize my chances of success, I bit the bullet and ordered small amounts of Panda Kings from 3 different sources. And then the waiting began.

I did my best not to pester the three colonies, and only did maintenance once a week. One day I went to peek around the enclosures, and spotted P. scaber mancae!! I was incredibly pleased, but I knew it was way too early to declare success, as I still had 2 more colonies of isopods that had yet to produce. 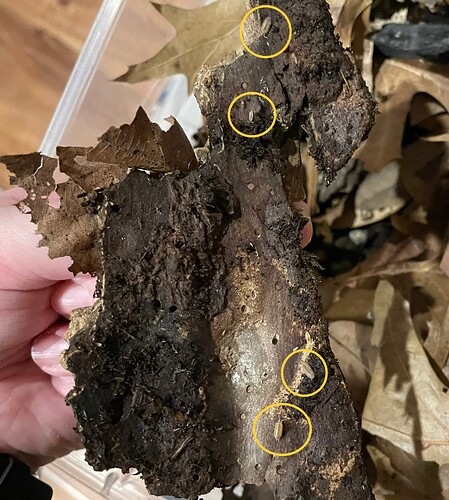 Lo and behold- recently I went to look around the enclosures, and I found Panda King mancae!! They started reproducing before my A. maculatum! I’m so proud of myself, and the research seems to have paid off. I know there’s a long road ahead when it comes to growing the colonies and maintaining them in the future, but I’m very pleased to have had initial success. 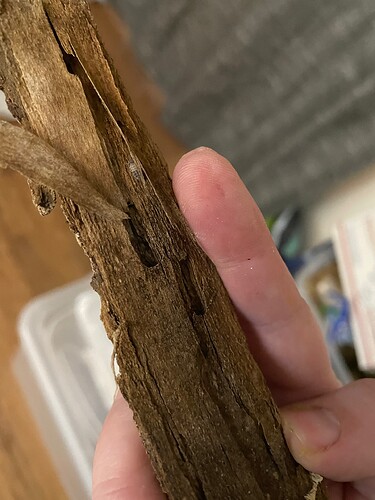 As an aside to anyone else who’s contemplating starting out with an intermediate species, I definitely recommend doing a lot of research, including species-specific recommendations regarding humidity, feeding, and ventilation. Don’t forget to learn about substrate changes and colony maintenance. Though I don’t know for certain that starting out with more genetic diversity helped my Panda Kings get established, I suspect it will be a positive factor over time.

There are a lot of cool isopods I’d love to keep for just for the joy of it rather than as potential cleanup crew, but there are two that I covet the most by far: Merulanella bicolorata and Merulanella ‘Ember Bee.’ Right now they are very rarely available, and the cost is generally too high for me, but I’m hopeful that one or the other will be more attainable by the time I have significant isopod experience under my belt.

Congratulations! Happy to hear of your success! Hopefully your Cubaris Panda Kings do well in a bioactive setup for you! That would be an interesting experiment.

That’s awesome! Those are 3 great choices. Zebras were my first successful isopod and I recently got pandas and have seen some mancae! I haven’t had them long enough to compare growth. Colonies and individuals vary a ton but if your zebras are anything like mine once they start breeding their population will explode. But, they might not. I read the same thing about powder orange/blue isopods and after trying 3 times the colonies died. I think it’s just me and I’ve been able to keep other P. pruinosus colonies. So, it seems that either due to climate, small environmental differences, there are some variations on what someone can read about and actually experience. Are you planning on getting more species anytime soon?

Are you planning on getting more species anytime soon?

There are quite a few species I’d love to have (e.g. Magic Potions, Shiro Utsuri, etc.), but I’m trying to take things slowly because of the issues with my hands. Otherwise I’d probably have at least 10 colonies by now, hehe.

The Merulanella bicolorata and Merulanella ‘Ember Bee’ are the two I have my heart set on eventually keeping, but they’re currently cost-prohibitive. But I literally have the supplies for an isopod colony sitting on my counter, carefully set aside in case I randomly find some of either species for much cheaper than usual, haha!

Those are all awesome species! Magic potions are a species I’d love to work with except I’m going to hold off on buying any expensive isopods until I start making money from them. Isopods can be pretty addicting.

Yep! Magic potions and Shiro Utsuri are both a couple that I keep and they are truly stunning. I would definitely recommend the American line of Magic Potion over the Japanese line, though. The yellow present in the American strain is UNBELIEVABLE! And they probably get almost double the size, too.

Isopods can be pretty addicting.

Yes, they are extremely addicting. I had only two cultures (A. maculatum + P. laevis “Dairy Cow”) my entire first year keeping them, then by the end of the second year I had nearly 30.

If I wasn’t so into reptiles I would be the same way.

I only have 6 colonies (not including selective breeding) but there have been a couple species I’ve been looking at.

Yep. My focus has nearly completely moved from reptiles to inverts. Between isopods, roaches and millipedes, they take up a surprising amount of time and are so fascinating. Though, I wish I had more reptiles.

I agree, they are awesome. But for me, they just don’t compare to reptiles.