I have a female corn snake that is amel het charcoal and I have been looking for a male that is also het charcoal or is charcoal het amel. What I’ve come to realize is that a lot of the snakes I am looking at are also het anery…? Since the anery gene and the charcoal genes are so similar how can you tell the difference? I’m going to try and get a male that doesn’t carry anery and is just charcoal so I am sure that I don’t get them mixed up but, I am still curious. Anyone have any experience with these genes that could help out?

Charcoal and Anery are really hard to tell apart after a while. Thankfully they are actually fairly easy to tell apart right after hatching. The eyes are a dead giveaway. I’m less good at telling an Anery Charcoal apart from just a Charcoal but I do have a friend who breeds the two together often and is really good at telling them apart. I’ll post some pictures in a bit, it’s easier to show than to tell how to see the difference.

This one is a Phantom, Charcoal and Hypo, the Charcoal “eyeshadow” is even easier to see with hypo added. The blue there above and behind the eyes is a prime marker of Charcoal. 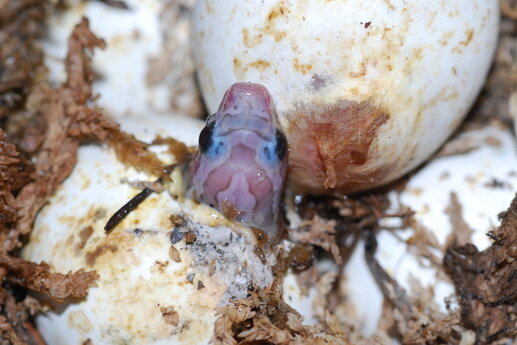 Here is a Granite, Anery A and Diffused. Look closely at the eye and the area around it. The color of the pupil is also slightly different between Charcoals and Aneries. 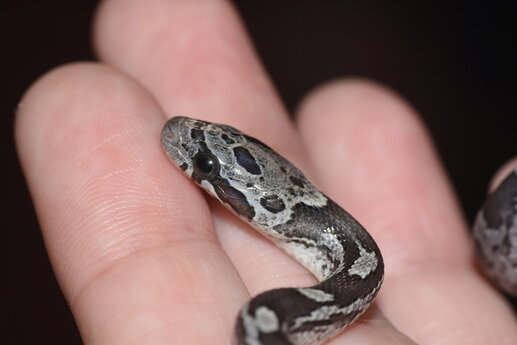 This is a Charcoal Tessera. Without the hypo, the eyeshadow is harder to see but still present. The “quality” of the color on the body of a Charcoal is also different, softer and more diffuse? Not sure how to describe it. 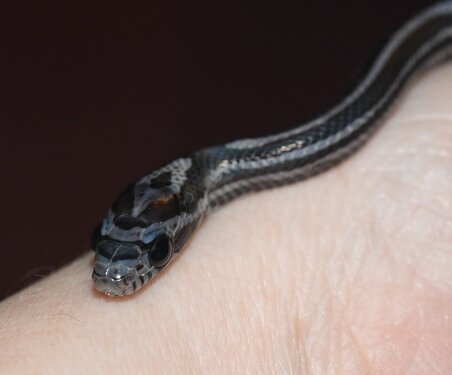 For comparison, full body shot of the Granite. 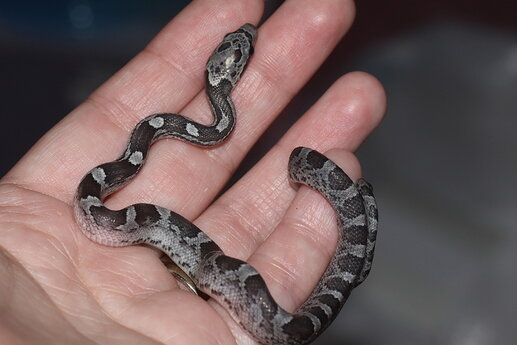 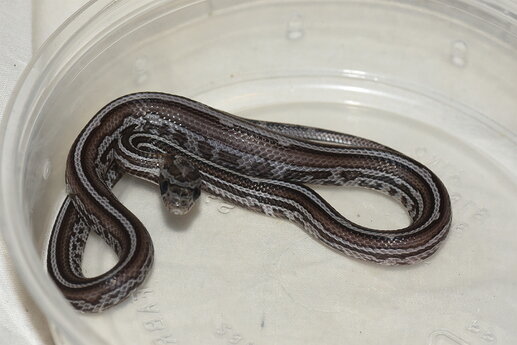 So as babies a charcoal will have a bluish color on the eyelids and anerys won’t. Seems simple enough. Would you recommend getting a male that doesn’t carry anery? My girl has unknown hets so if she carries anery aswell and the male carries both the babies could be really muddy and possibly charcoal anery? I probably sound dumb but, thanks for the help!

Yep, blue above the eyes is Charcoal. The color will disappear after a few weeks, as the baby’s skin thickens.

Yes, Anery is a pretty common het to have, so there is a decent chance she could be het Anery. In the case of both having a het Anery A, you would have the chance to get homo Charcoal, homo Anery A and homo Charcoal and Anery A. The first two are pretty easy to tell apart, the last is more difficult.

If you don’t want to possibly have to deal with that, then, yes, you want a male without Anery as a het. If you do get one with, there are people that can help you figure them out or you can just explain the genetics at play to buyers and make no guarantees, that’s actually fairly commonly done with many of the combos that are difficult to tell.
And that brings me to my final two thoughts. If you don’t get a male with Anery, you won’t be able to check your girl for one of the more common hets she might have, whether you care about that is totally up to you. And, if the chances for hets are not easily calculated, they are often left off in seller’s descriptions. Which means if your potential male’s great grandparent was Anery or het Anery, but no other Anery was added in the closer relations, it is generally left off their potential hets in descriptions but the small chance does exist they would have it. So it is possible you could end up with Anery whether you want it or not. If it’s a gene you really don’t want muddling your results, you need to be sure to ask about the background of your potential mate and buy from a seller that actually knows the genetic potential in the last 3 or 4 generations. Some will have that and should be happy to answer to the best of their ability but many good breeders will not have that info either and should be honest about it.