Anthropomorphism, and why its bad 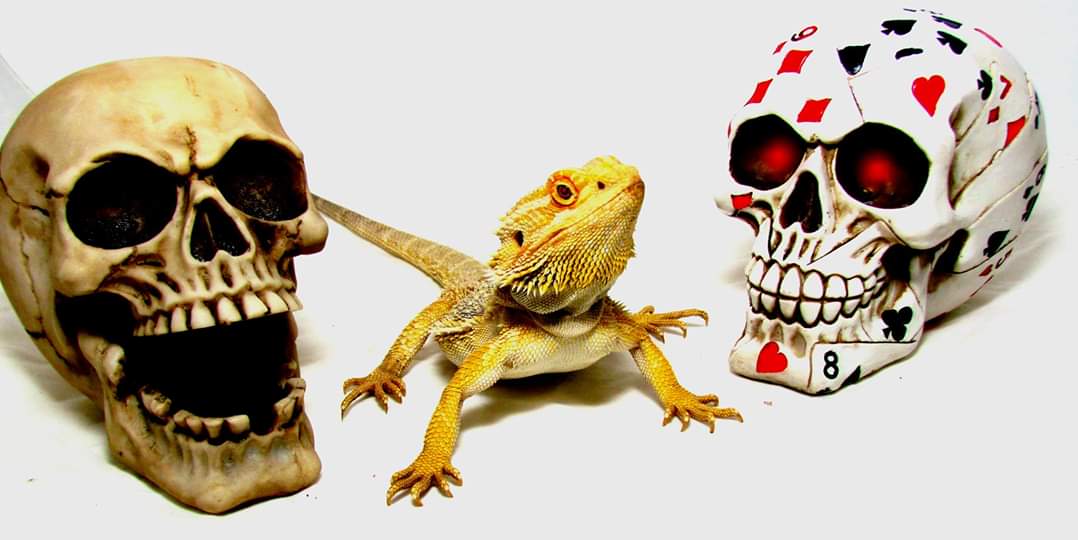 FB_IMG_15906788191441078×540 51.8 KB
Anthropomorphism, this is when you assign human traits or characteristics to non-human entities or objects. It can be dangerous to you, your pets, and those around them in some cases. It can lead to unrealistic behavioral expectations, behavioral and health issues, and an overall loss of grip on reality for some extreme cases. One of the most common health issues caused by anthropomorphization is obesity. It is very difficult for people to imagine that some animals can be healthy and go long periods without eating. For example, savanah monitor lizards have evolved to be cyclical feeders eating heavily for about 6 months out of the year and almost nothing for the other 6 months. Some would argue that in captivity we have the ability to make their lives “better” so we should feed them year round. This is an anthropomorphic notion; it is the notion that we as humans know better than millions of years of nature and evolution, and we basically want them to eat and behave the way we think they should which is of course based on how we behave and eat. I believe this is the primary reason that savanah monitors are so commonly obese and lethargic in captivity. Every animal lover I know is guilty of it to some extent because to some small extent it’s part of what makes us human. We want to believe that our animal companions feel the same way about us as we do about them. We want to believe that they are capable of all the same emotions in all the same ways that we are because it makes us feel closer to them. But think about it this way, if they shared the same feelings and emotions in all the same ways we would be monsters for basically enslaving our emotional equals. That’s usually where it stops for most people because to believe that goes against our own self-image, and because most of us are sane enough to draw that line. With regards to reptiles I do not believe that they experience anywhere near the same range or depth of emotions that people and some mammals and birds (technically higher functioning reptiles) do. The reptile brain is a primitive one driven mostly by instinct. Experiences and reinforcements can bend and alter that instinct to a degree so that some reptiles exhibit behaviors that are easily mistaken for emotions such as affection, affinity, or even hatred. Reptiles most certainly learn to associate their keepers with food, good and bad experiences, and stress. This causes many of them to approach their keepers or other people eagerly or run away from them in a panic. In many cases their trust can be earned through positive experiences such as being fed or simply being around people without anything bad happening. Some of the more intelligent species such as monitor lizards may even seem to experience something bordering on joy causing them to repeat certain behaviors like climbing on to a keeper for an excursion or to explore more territory. What this really is simple loss of fear through repeated positive experience combined with a naturally active and inquisitive brain constantly looking to explore their environment. Anyway here’s another article describing some of the other pitfalls of this type of thinking.

What are your thoughts?

One of the most common health issues caused by anthropomorphization is obesity. It is very difficult for people to imagine that some animals can be healthy and go long periods without eating. For example, savanah monitor lizards have evolved to be cyclical feeders eating heavily for about 6 months out of the year and almost nothing for the other 6 months.

THIS I think is one of the biggest problems in the hobby/industry. Not just savs but all animals. I got in so many fights with other people keeping egg-eaters because I told them constant year-round feeding them was detrimental to their health.

I’m going to add this here for extra reading if anyone new fancies it… Individual snake personalities?.

If I had a dollar for every time I saw a bearded dragon on craigslist with the caption “I feel bad because I don’t have time to play with him I want him to go to a home where someone can play with him” I’d be able to afford some nice AP cages for my snakes, lol.

The beardie doesn’t care that you don’t “play with him” he’d just as much never be “played with” at all, if you want to help him you don’t need to walk him on one of those novelty harnesses you need to stop feeding him cruddy dead food from a jar and get him a better light.

I have always been saying that human emotions when it comes to reptiles are the worse, it works against the animal when a problem arise you cannot reason with the person, it’s like speaking 2 different languages.

Many do not realize that they are doing it and some get offended like you just insulted them if you use the word anthropomorphism, those same people often think you are cold hearted and don’t care.

You can have compassion for an animal and have realistic expectations for those animals without attributing human traits to them.

Emotions are obviously stronger than reason in some cases.