Species: Reticulated python
Name of Gene: Bacan/ Bacan emeraldo
First produced by whom: Approx 2014, original breeder unknown, proven in indonseia
Year: 2014
Genetics Type (Incdom/Codom/Recessive/Polygenic/etc): Incdominant
In complex with other genes?: Alleic with phantom and orange ghost stripe
Other names/aliases for it?: Heterozygous form is called Bacan, a fairly normal looking animal with some additional orange colouring and increased freckling. The homozygous form was coined the Emeraldo, or Bacan emeraldo. A beautiful golden snake with circular pattern and pale head colour.
Description: Unlike most new genetic mutations this gene was proven in Indonesia by local hobbyists rather than being exported to the west. Only recently have specimens been shipped to Europe and been bred outside of Asia for the first time. One specimen was imported to the USA before the lacey act was enacted but has not yet been bred from.

Appearance: What it does/looks like? Heterozygous is a normal looking reticulated python with some darker outlines and increased pattern. Similar to the het forms of orange ghost stripe and phantom. The homozygous form is a beautiful golden looking snake with a pale head.
Proven: To what degree it is proven out to not just be polygenic? Fully proven as Incdominant. Alleic with orange ghost stripe and phantom. Bacan het orange ghost stripe makes a darker version of an orange ghost stripe with intense silver sides called an amber. Bacan phantom produces a white snake that resembles a cow morph.
Unique: Why do you believe this is a new morph and not an existing one? Proven many times over more than 5 years by many breeders.
Related Genes: OGS, Phantom
Problems: Any problems? none
Other History: Any additional history? -
Disagreement or Controversy: -
References here on the community:

At least one link to community discussion (ie forums) to demonstrate community acceptance
Link to WOBP if exists A google search for Bacan emeraldo will yield many results. I cant find any specific forum posts.
Please attach 1-3 photos you have rights to which you are granting to be used on MorphMarket . 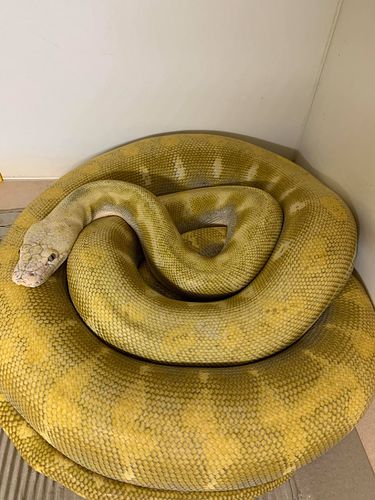 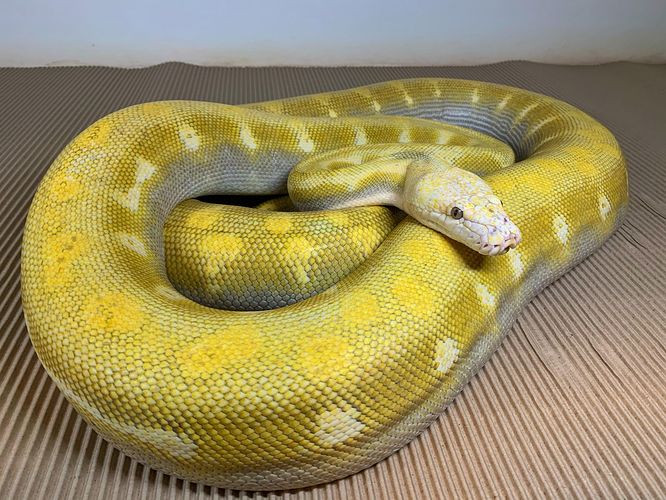 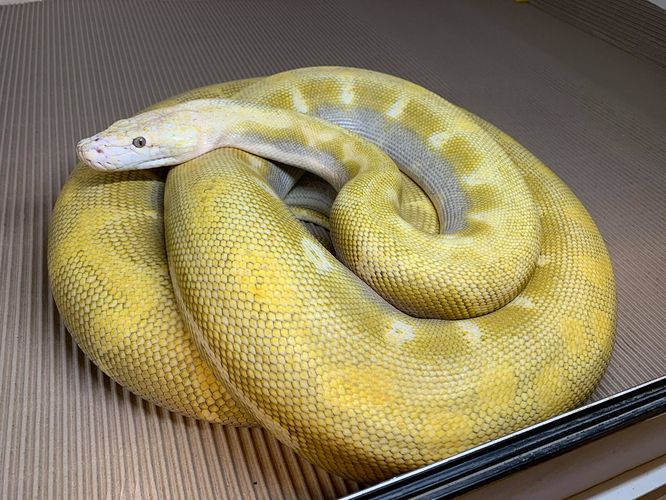 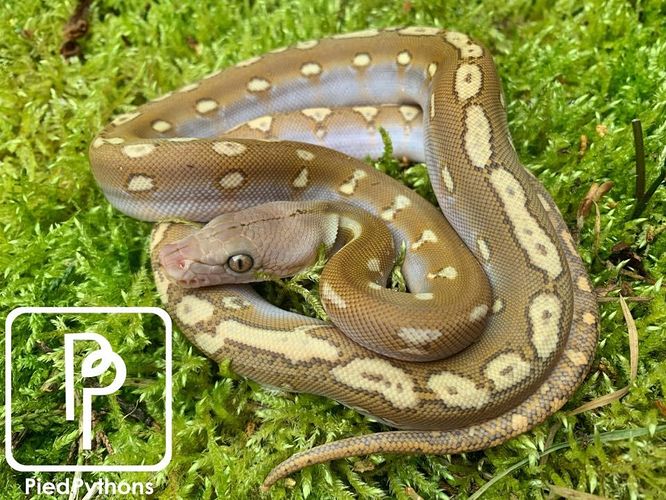 Proven: To what degree it is proven out to not just be polygenic? Extremely proven by countless breedings
Unique: Why do you believe this is a new morph and not an existing one? It isnt new its quite common overseas. Its just extremely rare in the US

Problems: Any problems?no
History: The history behind its discovery?
Disagreement or Controversy:
References here on the community: