Have most breeders that work with this gene kept straight which line they are working with or are they pretty mushed together at this point? I don’t have one yet, but when I go to add in some banana I’d like to know if I can feel confident I “know” which line I’m working with or not.

Is it really a breeder by breeder case basis? I would hope people would all keep as careful records as I (and others) do but I’m guessing they don’t

We have 7 Banana combos and one lonely CG. I agree, if we decided to breed him I wouldn’t mix the two. We would just want to keep the lines separate.

@lht_reptiles I’m hoping most agree with that!!

Some people probably do mix them and just like the lines of pastels you would not be able to tell them apart, some however keep them seperated, I know I work with both and always kept them in different projects. Some people will also list them as Banana/CG, ultimately they are the same animals and I have a feeling one day people won’t care which is what. Over the last 6 years I only had 1 customer that specifically was looking for a CG and did not want a Banana.

IMHO they’re the exact same thing so wouldn’t really care about keeping them separate. People can call them different names or whatever else but its really just the exact same gene that happened to get two different names. Kinda like fire and sulfur. When you can breed two “different” animals together and produce a super then it seems silly to me to get so hung up over the names. Not saying that you are, thats just where I stand with it.

I think the opposite

If you had never seen a Banana ball python and i told you about it, you’d picture it in your head pretty well because it looks like a banana 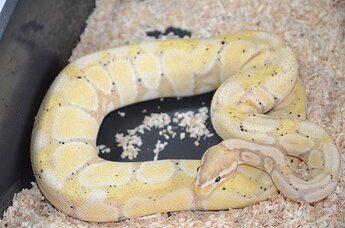 But if I said Coral Glow you just get no mental visuals from it, it sounds weird to me

Now if this combo by Frenchie

was called Coral Glow I could understand that.

Who doesn’t love the Banana gang?! 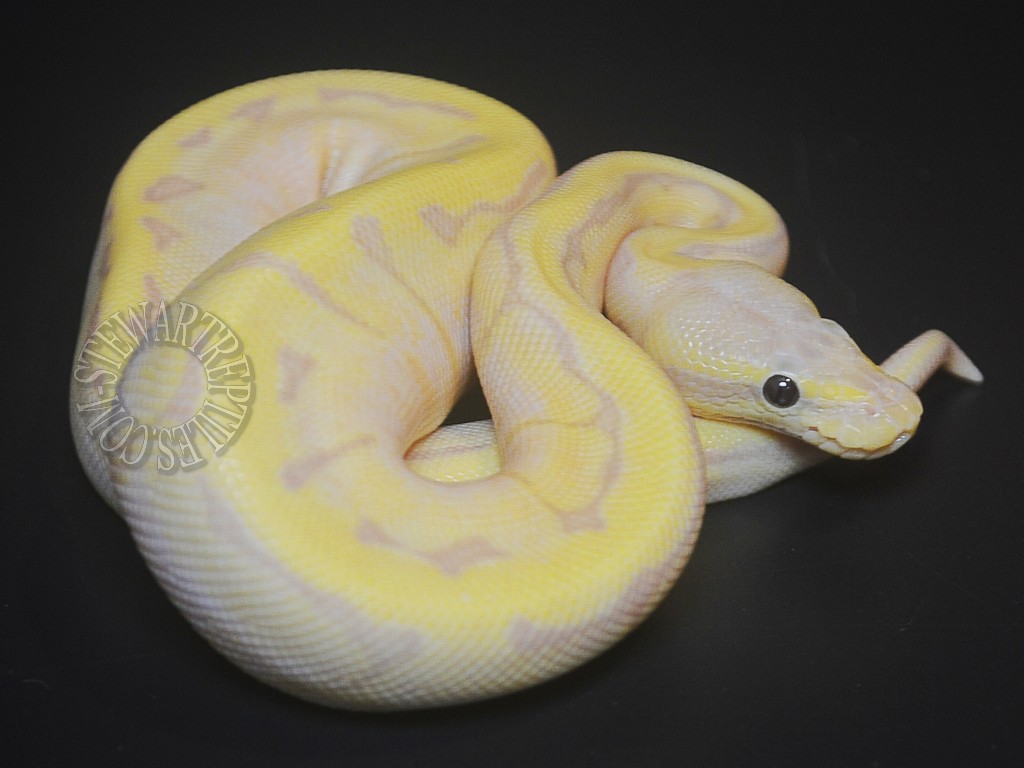 That’s just me though

Name vs name and dragging on other breeders over record keeping is misguided.

Buy animals with your eyes and get the ones that express the way you want them to. Ask questions. Leave assumptions at the door. This strengthens breeder reputations along with their lines.

Breeder lines are more significant than banana freckles. The expressions of all the common genes vary just as much. This is the difference between Craigslist/Facebook and MorphMarket.

@eaglereptiles Good point! I think some babies that show the high oranges and purples make sense being called CG…but especially as they get bigger banana is the perfect name it’s exactly what you’d picture

LOL… I was totally joking about CG being “fancier” but who am I to argue with the EvilMorphGod about the CG name. I will say that Banana is my favorite gene for sure. Lol, recounted I have 9… I am definitely a sucker for a nice Banana.

I think the most important is to shop the animal not the line when I got into that project I came across an animal that was het hypo and poss het pied (later proved) and it happened to be a CG, later on when I desperately needed a female I fell for a Banana Enchi.

@stewart_reptiles I think that’s pretty sound advice across the board, other than when you’re working with non compatible lines of course

So it seems we are mostly at a consensus that it’s going to vary breeder to breeder, there may be some that have kept which original line they work with straight but a lot are probably muddled together at this point, but advice to anyone looking to work with the gene pick a quality individual from a quality breeder and not worry so much about what original “line” they came from.

Personally if I do happen to get one that has been kept as a CG and they have kept their line separate I would probably do the same just for the sake of accuracy. But I’m not going to sweat it.

Buy animals with your eyes and get the ones that express the way you want them to.

So adding on a tangent here, I have a Lemon Pastel YB Het albino, when I got him I had no idea what the difference was. Lemon pastel used to be a very distinguishable morph that now has pretty much faded into obscurity. It got bred to pastel and kinda mixed into that category. I’ve found that he’s brighter and more yellow than most pastel are and his blacks are more faded at his spine. I got a lemon pastel YB albino baby and let me tell you- it is amazing it’s vibrant like a black pastel albino.