What would you say is the best locality boa for beginners? I’m interested in locality boas, but I’m not sure what to get. By the way, I don’t want any suggestions for anything that grows over 8-10 feet.

My current favorite locale are Boa Sigma. I like how the normal versions look, and the morphs available (Leopard, hypo and anerythristic). My 7 year old breeding adult pair are 5’ for the male and 6’ for the female.

I have a wildtype Nicaragua female and a Sonora leopard female and Sonora wildtype het leopard male. I really love all of them. I love the real boa look but than really much smaller. Our Nicaragua girl is now two years old and only around 300 gram. She is a steady eater and eats once every two weeks. I tried feeding her every week but she refuses. But every two weeks she never refused. She is very docile and I handle five of her sisters when they where just few months old and all where very docile. Even though they have the name they bite a lot she is a total sweetheart. She loves to climb so she is almost always up on a branch and only goes down to digest her food on the heat mat. 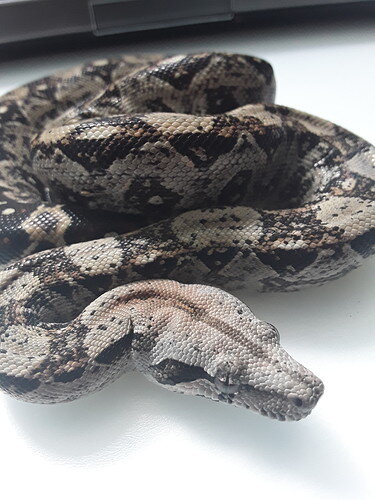 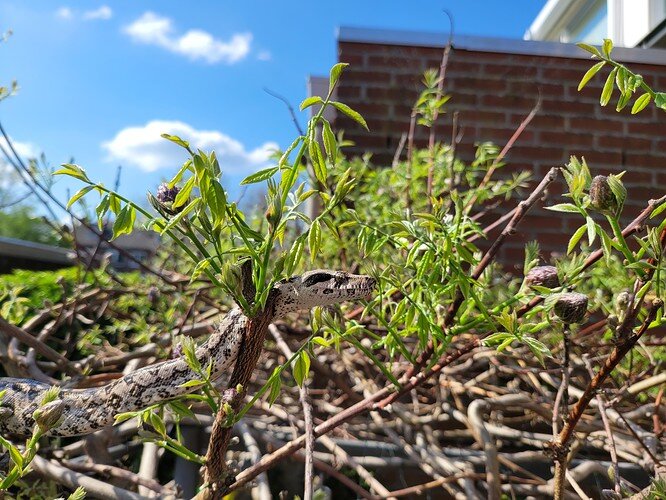 Our Sonora male is also a sweetheart. The Sonora female can be more defensive but only if she is in shed and you move to quickly. If she is not in shed or when in shed she realizes it’s you she is totaly fine with being handled. If totaly love her almost IMG look and the iridescence in her body. Their mother was 180 cm at five years old and the father was 140 cm. 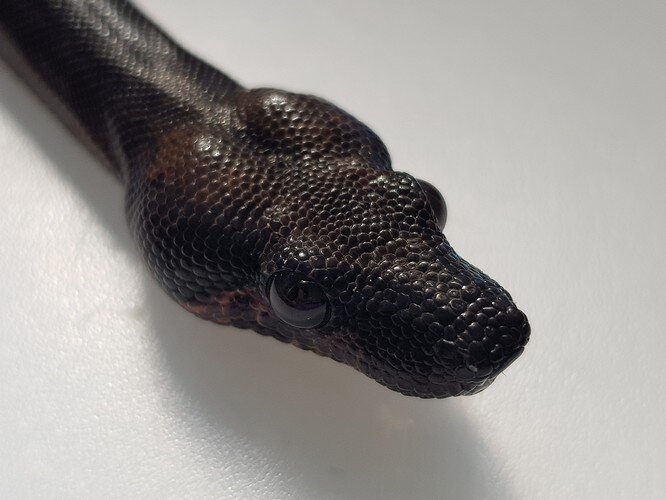 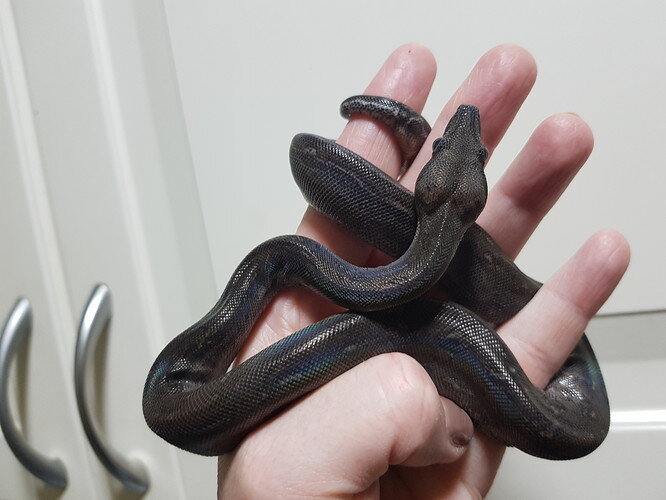 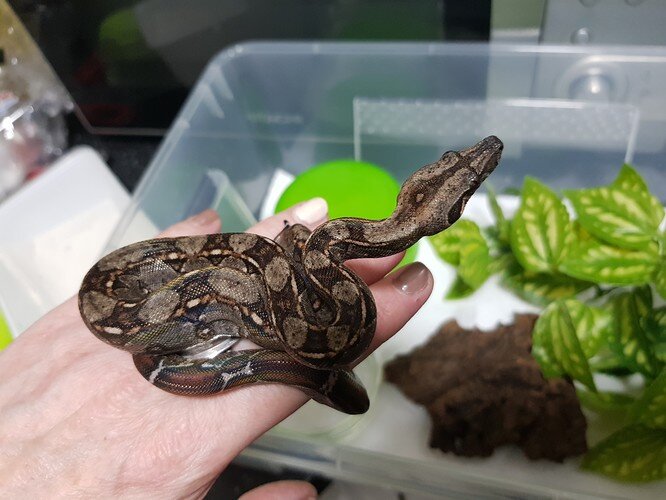 I don’t have any expirience with other locality boa’s but if you you get one of these you for shure will not regret. But my advise is for any locality boa to really look for a trustworthy breeder because I tried to look for a male for my nicaragua girl and a lot will claim it’s a pure Nicaragua male but then mention morphs that are not even available in Nicaragua boa’s or show me a male of one year old that is already twice the size of my two year old female. If you don’t mind getting a mix it’s oke, but if you want a pure one you will have to search a extra for them or buy from a very reputable breeder that is known for breeding them. There are some thrustworthy ones on MorphMarket . Don’t get deceived by the name dwarf boa, because even though a lot of locality boa’s are dwarf boa’s the mixes between locality boa’s and common boa’s are also called dwarf boa’s because they do stay smaller than a normal common boa.

I think the best is the BCI Colombian boa. In all the years and 100’s of boas I have owned they are the easiest to care for and best temperament. If you’re worried about the size get a male as females can get over 8’ long. Colombian BCI boa can tolerate husbandry mistakes the best in my opinion.

I have owned a few of the smaller locality of boas and they seem more aggressive than the Colombian BCI boa. I have noticed this with other breeder friend’s of mine collections too. And with other people contacting me over the years on how to tame their boas down.

+1 to the Colombian BCI

Captive bred individuals come in a wider variety of morphs than other localities, and tame down faster. I would argue my male BCI likes attention as much as a snake can (whatever that means haha).

Yes they do get to around 8-10 feet, but in reality they still won’t take up much more space than a corner in the average apartment bedroom. Typically a 4x2 or 6x2 will suffice their life time. Obviously the taller the more enrichment you can add!

The smaller localities tend to be very snippy and nervous. Handling helps…but just for context I have a female Sonoran Leopard and she is on one 24/7, even with consistent handling.

what about hog islands? are they also nippy?

With the majority of what people consider to be Colombian Boas being a hodge podge of locality mixes except for the true blue pure lines a select few people work with they are a difficult animal to recommend as a locality. As a whole they are my #1 recommended reptile pet, they’re just awesome. Just not what I’d consider a locality as the average keeper would see them.

Hogs are a good locality, the ones I’ve had were all great animals to have.

I have a CA/Nic…& she has grown outta it really…but the 1st year if you upset her fir any reason she would just hiss @ you! I agree a “Colombian” are alittle more laided back…but depends on the animal too. As a “1st boa” unless your set on a " true boa…genius boa"… I would recommend a Dumerils! Females can push 8ft…but nit usually. Their care is pretty fool proof for a beginner too…as they can handle temp & humidity swings…alittle better… actually a little dryer kept…so as long as you dont live in desert & you forget to spray down your Dumerils in shed that week…its probably still not going to have a shed problem. & they eat like boas! Cause its a boa!! Lol

My Dumerils is an absolute sweetheart & I really have never heard anyone …ever say anything bad about theirs. A+ snake in general

Hog Islands are solid, hard to find at times. You can also find morphs crossed with Hog Island genes.

A Dumerils Boa, would also be a great choice. Like the hogs, they max out at tops 6 feet. But they also tend to have great personalities…just slightly different heat and humidity requirements (but it’s not too far off from standard care).

From the tags I believe the OP is wanting suggestions for boa constrictors, not other species.

Yes, they are ground boas. BCI gets my vote, simply because you have little to no chance of them being imported or wild caught. Other locales are still sold as wild caught on MM and finding true CBB usually means they are either mixed with other locales or cost a lot. BCI are the most affordable by far.

And the fact that they’re not wild caught means BCIs are or tend to be more mellow and well mannered pets.

I had hogs years ago and they where ok for the most part but they did have bad days. Just out of the blue they would try and tag me for no reason. So I never trusted them completely.

My two Dumerils where very tame but my male was very skittish and would rather be left alone but never aggressive. They do get bigger than 6 feet long mine where over 7 feet. Both where very strong and would constrict / squeeze me hard just to hold on never to hurt me. My female one time even constricted me so hard she left her scale imprint in my arm.

Even my retics are tame except on feeding day and the day after. However retics are not a good first snake to get in my opinion. You need to respect them and show no fear with them.

A 8 foot boa or python is 6 to 8 times stronger than an adult human. So if there intent is to kill you you will have no chance to stop them. In my opinon adult captive breed boas and retics don’t consider humans as a threat or food source.

Most of my BCI boas and morph BCI boas where very tame and I trusted some more than my laid-back chocolate Lab. Most of my boas I can even let crawl / slither over my dogs. Now my dogs didn’t like it but they would just sit there and look at me like can you get this thing off of me. LOL.

Here are a few pictures of my snakes.
Take care
Tom

This female BCI is over 9 feet long and 60 lbs. 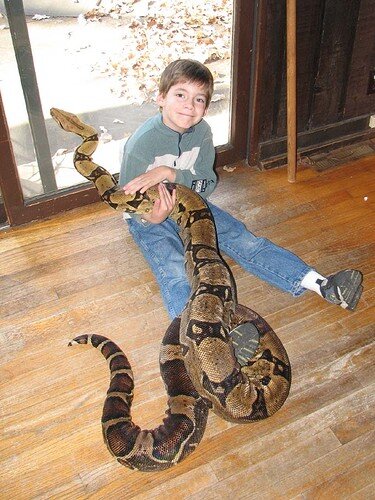 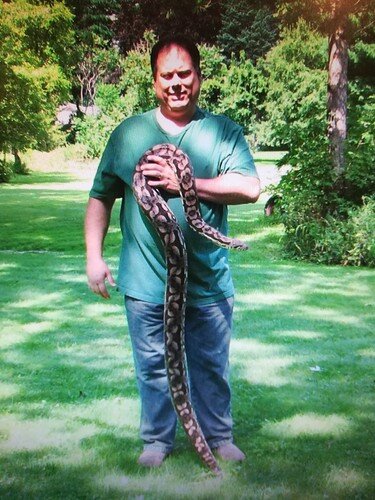 See retics can be a good pet just have to work with them. 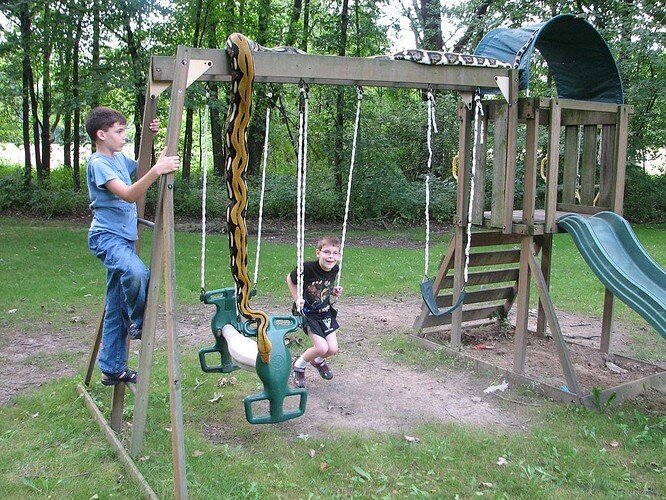 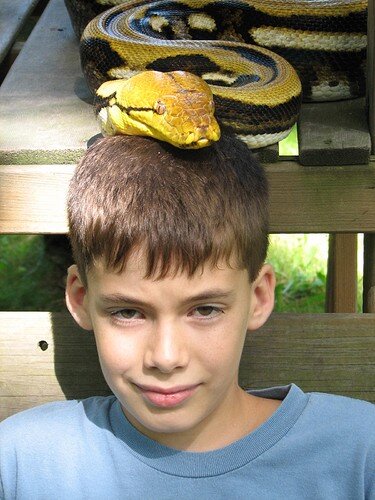