I haven’t officially started breeding yet but have plans to, which means I will have some derp moments coming.

Something like breeding a Super pastel male to a pastel female (not trying to get any more pastels).

Lets have some fun whats your biggest or funniest Derp breeding moment? 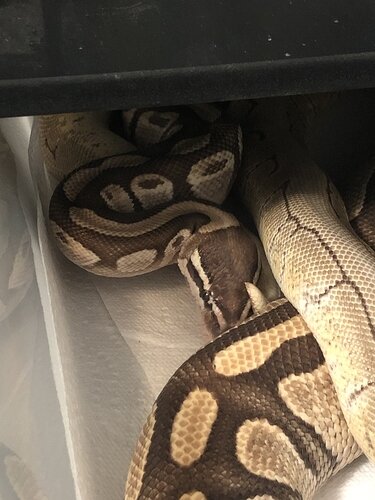 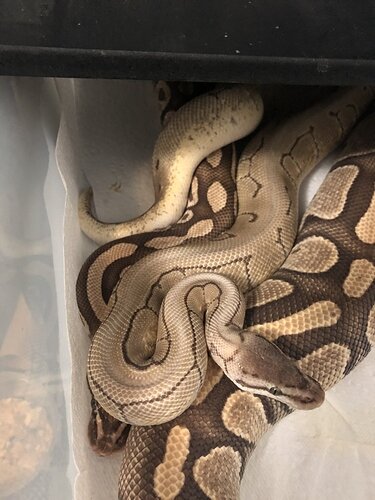 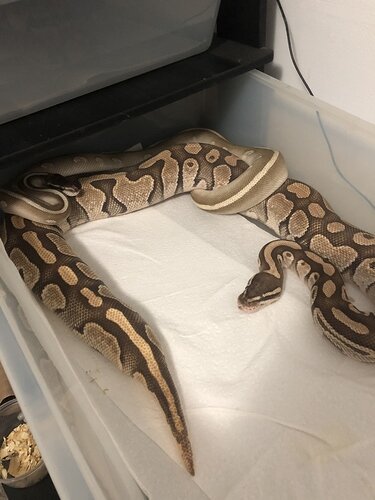 I didn’t personally do anything derpy, but my males seem to have trouble with my big female

Haha the snakes were the ones doing the derping lol

I bought a female pastel from a breeder back when they were still relatively expensive to breed to a spider male. Put the two together and the battle royale began. This was before I knew how to pop and probe, the breeder sold me a male. I was angry but this was before all these forums popped up, so I really had no recourse. I bought a probe set that day and taught myself how to sex the snakes. Word of wisdom: always get a breeder to pop or probe in front of you at the show for expensive snakes to guarantee gender. Even honest mistakes happen sometimes, it’s best to be absolutely certain before you spend that money.

That actually does remind me, I bought two normal het pied females from a local breeder who seemed fairly new to the hobby. She claimed the entire clutch came out as females.

Decided to pop both of them a few months later, and discovered one was actually a little boy. Not too big of a deal, but it did throw a bit of a wrench into my breeding plans.
I wanted to raise the two up, and get a visual male later on.
Now I’m contemplating getting a visual pied female (maybe a subadult) to breed to my banana het pied male I just got. Would give me a decent chance at banana pieds