So for anyone thats been following along, youve likely seen my talk of the comparison between my enclosures that are bioactive with springtails vs my enclosures i field stripped and treated every 3 days. The difference has so far been night and day. My 16 tub ARS rack has arrived and it gives me the perfect opportunity for an experiment. I am going to move my snakes 1 by 1 to the new snake room as the tubs reach maturity (a healthy established colony of springtails). I have just moved the second 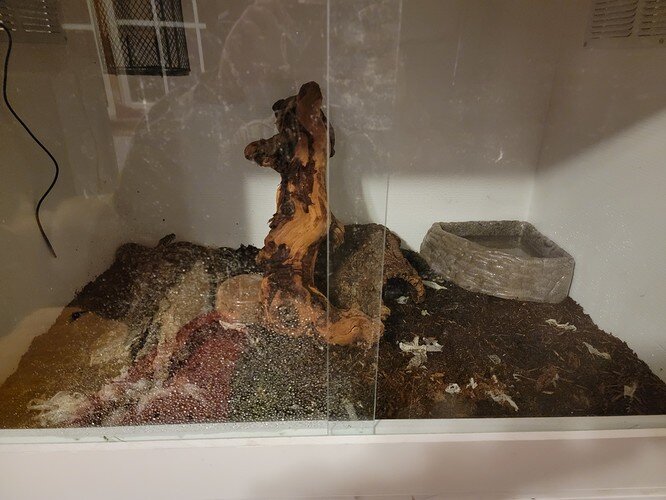 Obviously for the safety of the snakes this isnt a true scientific experiment, there are no “control” untreated snakes (except for the original bioactive ones that never got hit). All snakes not in bioactive will be treated, and they will be thoroughly cleaned before moving up to the other room as best as possible, so there are many factors at play besides just bioactive. But so far reptile spray has been good at keeping numbers down and treating infested snakes, ivermectin has been useless, but the snakes that have remained untouched are those kept with springtails. So i figure this is worth experimenting with.

Should this experiment fail, it also leaves me the option to purchase predator mites, which will work against the snake mites, and should reach an equilibrium with my springtails afterwards. Will update as this progresses. So far mite infected snakes 22ish (the 3 scaleless have a mite or two, but are mostly unaffected due to no scales), unaffected snakes 5 (1 that is my pet and was never exposed to the other snakes, 3 that were on bioactive, and 1 that recovered when switched to bioactive.) 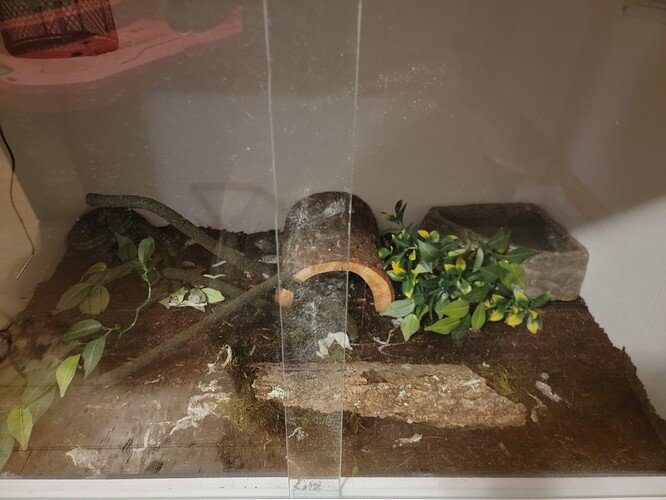 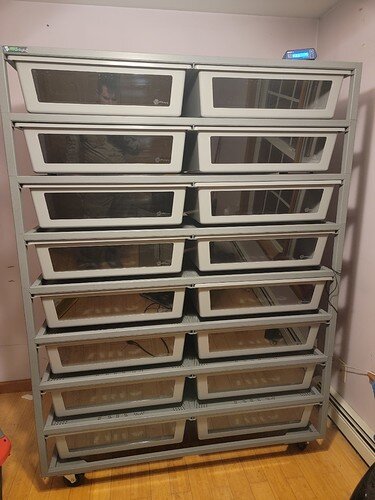 And this is why you always test heat guards with your hands prior to allowing your snake into an enclosure. They can and will wrap around them.

I have tested this heat guard and the coating only allows the guard to get to luke warm temperature, it dissipates well. If you buy the cheap bare steel versions, the light or CHE may just heat them up to the same temp as the bulb and you get an equally burned snake. When you only have a couple enclosures i recommend not even having the CHE in the enclosure to begin with. 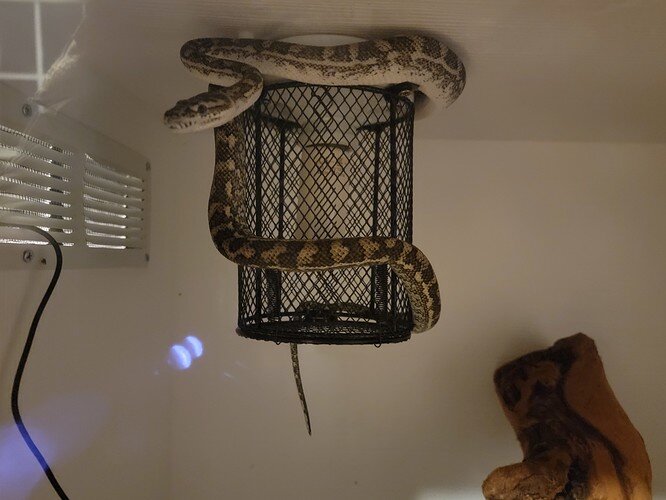