I am currently considering breeding my black widows. I typically only keep the females in solitary enclosures to avoid cannibalism. I may use some of my suppliers to secure me a couple males.

The female doesn’t always eat her mate, that depends on how hungry she is. The males actually can tell by the web if the female is hungry or not. ( if its very sticky it signals that she is hungry) so the male typically avoids those webs and females.

The southern black widow will almost always devour her mate where as the western rarely does.

Not sure how many black widow fans there are out there that would think this is cool but who knows. Most spiders are easy to keep not requiring much, the only ones that might need more vertical space are orb weavers, they need the room to make their amazing webs.

Id be interested in knowing yalls thoughts on my spider projects.

Ive been scouring the web ( pun or not intended) for other spider species. Even if i can’t sell them all they can be widow food, lizard food or i can release native species ( id never release a non native species) thoughts?

I don’t really know a whole lot about spiders but this sounds really cool to me. After checking online they often lay over 200 eggs. I’m not sure how you would be able to sell all of these so they might just need to be fed to something else. It’s a bad idea to release animals that have been in captivity more than a couple months or were captive bred into the wild. They can carry pathogens and diseases that can harm native wildlife.

There are plenty of hungry animals that would eat them they may have 200 babies but the spiderlings cannibalize in the sac so only the strong make it. I definitely wouldn’t mate all my females or id have thousands. Any released would be spiderli gs that just hatched. Most spiders never make it to maturity. But it is definitely something all breeders have to learn, what to do if they don’t sell.

For now its just a passing thought i don’t want 100 widows much less 2.

Are black widow babies safe to feed to other animals? We have wild ones here and they are beautiful! 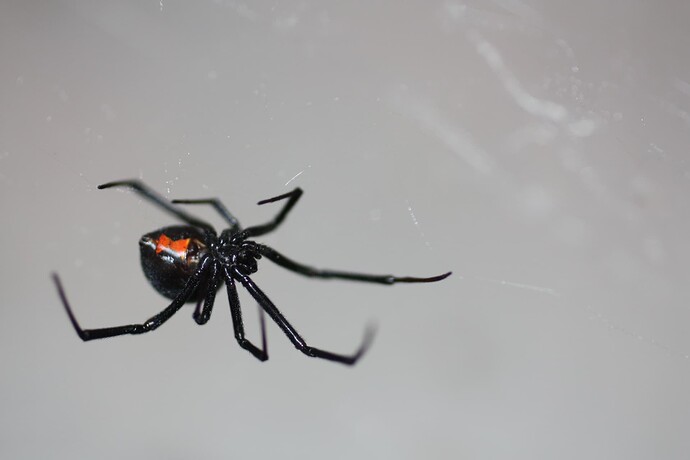 The babies are poisonous if ate in the 1st 17 days of the spiderlings life. Feeding sub-adult or adults to other animals, they do get eaten by birds and lizards but it can be risky. In the open the spider is vulnerable but if a lizard ventures into the lair the webbing is incredibly strong and the lizard will become lunch.

Mantises, birds, lizards and small mammals could eat them. So basically if you put her in a tank where the predator has the advantage she will get eaten.

Other inverts that are hunters like wolf spiders even a scorpion could kill them. Even black widows will eat each other out of about 250 eggs that the female lays only about 30 survive to make it out of the egg sack.