Breeding... How to start. (House Snakes and KSBs)

Obviously KSBs are not a colubrid but I digress.

With house snakes in particular, how do I learn what’s recessive/dominant etc? I’ve seen lists of morphs but it seems like in depth guides to breeding are few and far between for any species. Thank you.

Do some research. From what I’ve seen, breeding house snakes is supper easy. Females will produce multiple clutches. Getting the small babies to eat can be difficult at times. As far as morphs you have two types of albino and one hypo. There are also several localities.

Well yeah, I did do some research, absolutely, but it’s nice to hear from actual breeders so I wanted to ask here as well. I’m interested in house snakes because they are uncommon, nice looking and easy to breed as you said, and KSBs just because they are also easy and I adore the one I have and think they should be more prevalent as a good starter that can be kept in a smaller enclosure.

I’ve bred house snakes several times in the past and they breed like rabbits. The last time I bred them I put my male in with each of my 4 females for 2 weeks each starting in early spring and proceeded to get 6-7 clutches from each female. The clutches were laid one right after another averaging 10-14 days apart. The 3 smaller females who were only 3 years old produced an average of around 13-15 eggs each clutch qith the first clutch on each being the smallest. The larger female who was just shy of 4 ft laid an average of 18-20 eggs but the eggs were slightly larger. About half of the babies were able to take newborn pinky mice right after their first shed. The rest were fed mouse tails from adult frozen thawed mice. Make sure the tails don’t have any freezer burn and are limp not stiff when thawed. You can also offer egg yolks and some will drink from the egg. They grow quickly once eating anything and will be big enough for pinkies quickly if not hatched out big enough. It should be noted that they eat like tiny pythons with an incredible ability to stretch. Mine have always easily taken prey up to 50% more girthy than they are. I decided to part with my last set of breeders for reasons I don’t even remember and recently decided that I regretted that and now I’m raising up some cb Black fugilinosus house snakes. As for morphs I’m not up to date on all of those, but from what I gather there are hypo, anery, t- albino, t+ albino, and the various combinations of these. I would also guess that a lot of the house snakes in the hobby by now are mixes as many inter-breed quite easily and look very similar to the untrained eye so they’ve been cross bred unintentionally for years much like boas had been for a very long time. 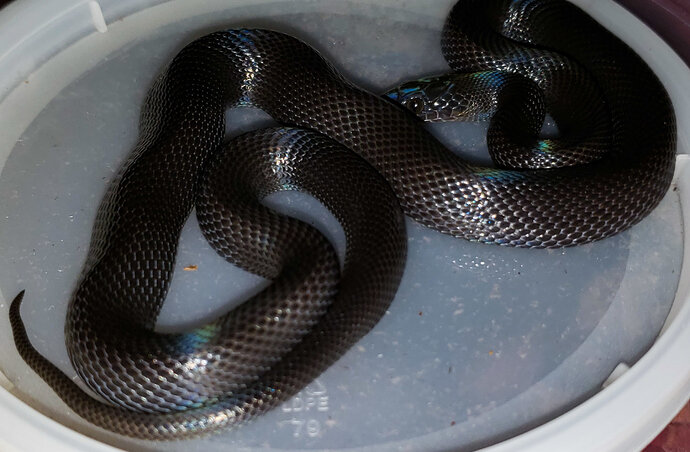 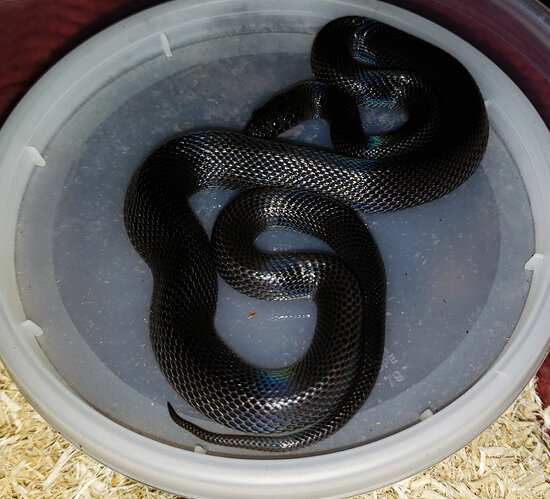 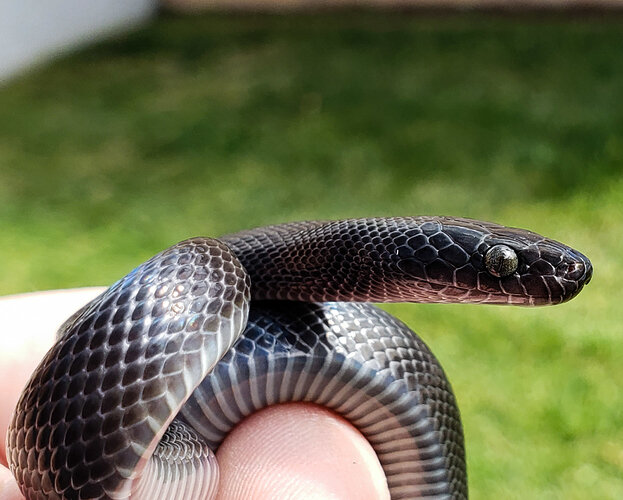 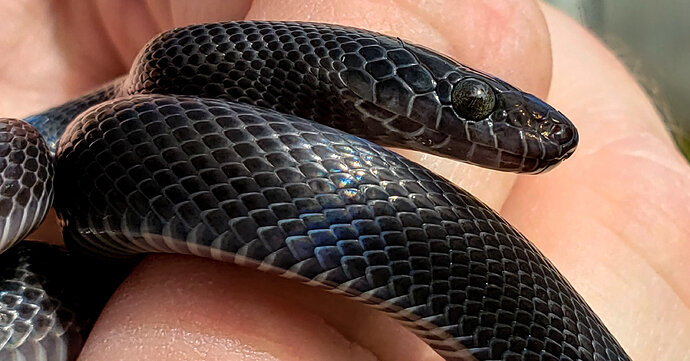 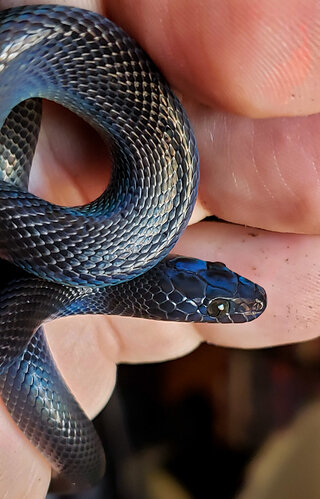 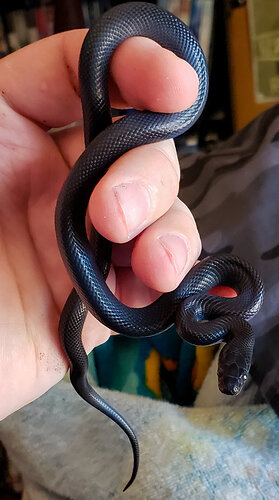 PSX_20200816_0918051960×4032 779 KB
Also another fun fact, house snakes change color a little at night like many boas do and become much lighter in color. My black ones look seemse with an almost lavender hue at night which seems impossible to catch with my phone

What big eyes! Love the look!