I’m fairly new to the idea of breeding ball pythons, planning and researching for over a year now, have some snakes. I’m coming into this from a background in breeding but mostly just showing dogs - a place where there is an enormous emphasis on confirmation and type. Correct and desirable can sometimes diverge, and incorrect can sometimes be corrected via overcorrection in a mate.
Looking at photos of 100’s of hatchlings and adult ball pythons I can see very distinctive differences in head type, some that I find very appealing, some that I don’t. Do breeders actively breed for head type? Is head type part of your evaluation when deciding on which hatchlings to hold back? What would you consider to be correct head type? Are there benefits to conforming to that correct standard (if it exists) as far as health and ability to thrive?

Now if you’re talking about head shape there is only one considered to be healthy. And that’s going to be standard across all morphs. There is duck billing and shark bite, bugg eyes; just a few that affect the head shape but are considered deformitys and are not intentionally breed for do to its affects on quality of life.

As far as I know breeders do not really breed for head stamps. Its sort of just comes with whatever combo is being made. I can however recommend morphs like spotnose and super enchi that affect eye stripes and head pattern if you are looking for morphs that have cool head stamps.

I’m not talking about genetic markings or color mutations - I’m talking about the actual shape of the head. Conformation, not coloration.

I don’t believe their are head shapes that are considered more desirable. There are however, head deformations that people have had occur which are not desirable, such as missing or no eyes, disproportionately smaller lower jaw (aka shark mouth), etc,. As far as patterns go, there are some that act as identifiers that people expect to see when looking at certain morphs. For example, spotnose, pastel and yellow belly typically have distinct head patterns or head stamps as it is referred to. If someone were advertising one of these morphs, and the expected head stamp were not present, it would give me pause. The rest is just personal preference and let’s face it, were ever three people are assembled, there tends to be six opinions.,

I don’t think head shape is something you want to affect because it could lead to health issues and most snakes that have abnormal heads are often times severely inbred. Clown and leopard clowns are somewhat known for having beefier heads (but this could be a optical illusion from the head pattern).

I don’t think there is an actual code like what they would have for breed standards in dogs. That being said small or large eyes are looked at as a defect. It doesn’t affect there ability to thrive. I’ve hatched a few with small eyes. I wouldn’t use them as my personal breeding stock. But that’s not to say you can’t use them to produce perfectly healthy snakes. Also inbreeding animals doesn’t affect them the same way as a human. Line breeding won’t cause defects it will just amplify ones that are already there if that makes sense.

As someone who also came from an animal show/conformation background, the ball python world is definitely a little different. Outside of actual defects as others have mentioned, conformation isn’t really bred for. Most people will be somewhat picky about their breeding stock by picking a “good example” of the morph, but even that can be very subjective. A snake that I think is a perfect example of what the morph should be might not be someone else’s cup of tea

What head types are you referring to? Do you have examples of the head shapes? Duck billing and bug eyes are the only head differences I’ve noticed and those are defects. It’s not like dogs where you can look at a quality dog versus a non quality dog and see a stark difference in head shape.

What my eyes are seeing is related to, for no better way to describe it, a head to mouth ratio, head, stop, muzzle? I see it immediately when I look at ball pythons. I know what the deformities look like and they’re pretty clear, and not what I’m referring to. I feel like you might understand what I’m trying to articulate due to your background. In some snakes the muzzle seems longer, and in those the head is narrower. I prefer to see a slightly wider head, shorter muzzle.
I’m trying to describe it without positing photos of random snakes that I don’t own.
I’m sure that both are totally fine and correct, I just was really curious if this was a thing, and something that breeders thought about when pairing snakes.

I actually do think I know what you’re talking about, as some do seem to have more of an hourglasss shape to their head. I’m not sure that’s the perfect way to describe it, I’ll see if I can find some pictures. But as far as I know, nobody is breeding for/against anything like that as long as it isn’t a defect.

Some of it also just may be stages of growth, however, such as hatchlings or juveniles going through an awkward ungainly growth period. I’m not really sure 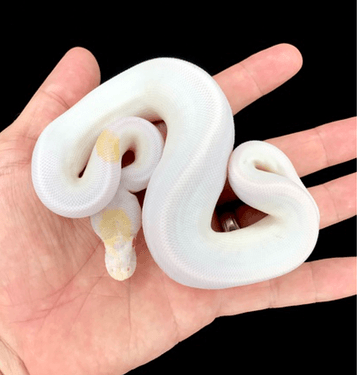 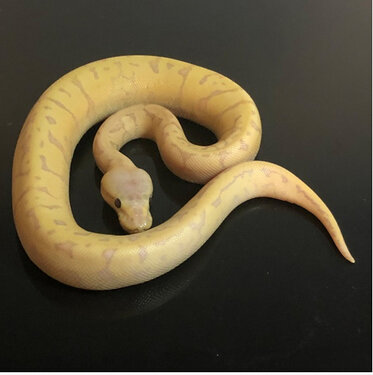 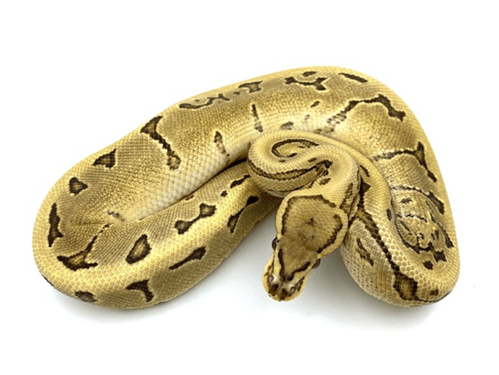 There are definitely differences in the “upper head size” vs “muzzle size” ratio, but I haven’t a clue whether it’s morph, line, or developmental stage. Or it could just be the angles that the pictures were taken

It’s really hard to tell visually. the head stamps and colors create illusions of size. The best way would be to measure the ratios of the head.

I think it is all just variability and nothing more. I dont see a particular morph that produces babies with consistently bigger or smaller heads. I do however notice clowns basically always have good head ratios.

That makes sense, I haven’t really put any effort into seeing if there were any trends, it was just more of an observation that I had also noticed some differences occasionally.

My clown does have a nice little chunky head

I mean there are super cinnamon/super black pastel that produce babies with duckbills a lot, not sure if that counts as a “bigger head” or just a deformed one.

I see a fresh pair of calipers in my future! Thank all of you so much for participating in this with me. I’m really interested in genetics and variation. I’ve seen (in photos) this head variability in clutch mates of the same morph (most notably all types of BEL.) I’ve spent time looking at it in clear examples them specifically for lack of head stamps and the optical illusions that seem to accompany that. To me there truly does seem to be subtle differences in “head type” and “expression.” It’s very interesting (to me at least.) Clowns really do seem to have chunky heads - super cute.

Just to note if you are unaware, BELs tend to have deformed eyes. They are called bug eyes, so I feel that could cause some differences in overall head shape.

Thanks for mentioning that, I’ve noticed that as well - but it is still not part of this head type thing that I’m clearly obsessed with.
Eye placement on the other hand may play a role in my perspective.

I see a fresh pair of calipers in my future! Thank all of you so much for participating in this with me. I’m really interested in genetics and variation.

If you do end up doing this, I’d please keep us updated, I’d love to see the results. You could probably find plenty of people at reptile shows/local breeders who would be willing to let you measure their snakes head as it’s pretty harmless

Absolutely! I’m actually in a pretty good position to start doing measurement and calculating ratios now with my 5 summer 2020 babies. I’m really curious about how much the ratio changes as they grow. I’m most eager to find out if the ratio goes wonky during that gangly stage (the uglies) then possibly returns to what it was as a hatchling when they are fully mature.
Maybe I’ll do some measuring this weekend and post some pictures!