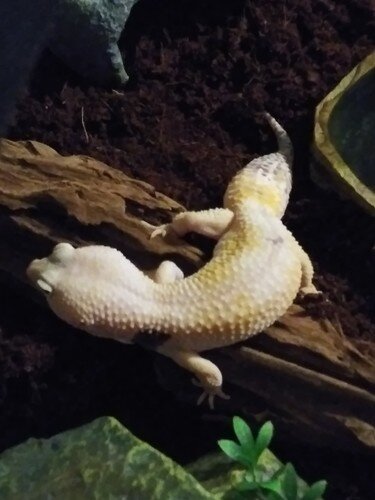 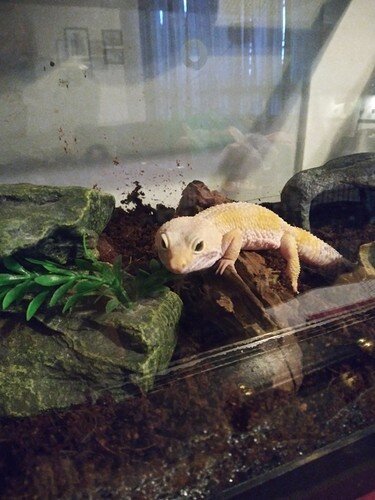 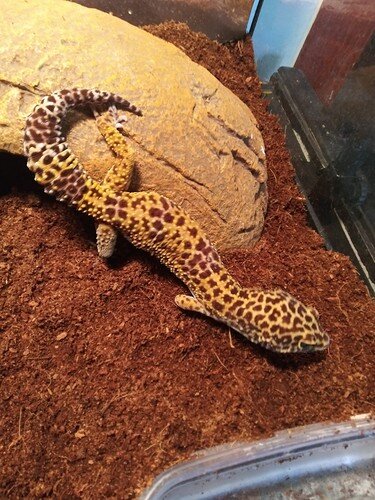 I believe so but someone with more leo knowledge like @mblaney or the other Riley/ @erie-herps probably would be a better help.

This is something I’m not sure of. I’m under the impression that the labels ‘Giant’ and ‘Super Giant,’ just like ‘Godzilla Super Giant,’ are actually names of specific lines, not just a descriptor for very large geckos.

The first ‘Giant’ that I remember (please someone correct me if I’m wrong, this was quite some time ago) was a gecko named ‘Moose,’ owned by Ron Tremper. (Side note: though Tremper is now retired, his stock and brand are still in use with another breeder as of me writing this.)

Moose passed away fairly young, but had many descendants, and I’m pretty sure that the term ‘Giant’ actually means, ‘descended from Moose,’ as opposed to just being a descriptor of size. I don’t know when the label ‘Super Giant’ started getting used, but my guess is that it is probably a term that means ‘descended from (a particular gecko), who was in turn a descendant of Moose.’ Just as ‘Godzilla Giants’ are descended from a gecko named Godzilla. I can’t remember who owns/owned Godzilla, apologies.

Labels aside, it’s not really valid to use weight to compare ‘size,’ as a morbidly obese gecko will also be heavy. So, if you are looking to compare two geckos, use their length, not their weight. This was actually a sort of drama back in the day, as some critics of the ‘Giant’ morph felt that Moose & other Giants were being overfed in an effort to increase their weight & make them sound bigger.

edit: Your gecko does sound large. But unless you know his genetic history, I don’t think the ‘Giant’ label can be used, if I’m correct about it being line-specific.

Everything said above is accurate. He might be a larger gecko but I don’t think the Giant “morph” has been proven genetic to my knowledge (by mendelian inheritance, it’s likely polymorphic). The reason he might be heavier is because he’s a fatter gecko (not obese, just fatter than your other male). You will get different opinions depending who you ask but unless you’re positive that he’s from a Giant line then I wouldn’t use the label.

He might be a larger gecko but I don’t think the Giant “morph” has been proven genetic to my knowledge (by mendelian inheritance, it’s likely polymorphic).

Ron Tremper eventually determined that the morph is a recessive gene. IIRC this was not known when his original book came out. He knew that Moose’s size was some way linked to genetics because he got to that size eating nothing but mealworms, but didn’t know that it was recessive.

If someone knows the origin of Godzilla, please chime in!

I believe Godzilla originated from Steve Sykes (Geckos Etc). I don’t know more specific details though. He had a page about it on his website but looks like they have updated it and the page isn’t there anymore, but there are Godzilla giants for sale on his website.

He might be a larger gecko but I don’t think the Giant “morph” has been proven genetic to my knowledge (by mendelian inheritance, it’s likely polymorphic).

Ron Tremper eventually determined that the morph is a recessive gene.

As a quick note I wanted to chime in that something I’ve noticed with many leopard gecko morphs is that different breeders form their own opinions re: inheritance, whether a trait is polygenic, recessive, co-dominant, etc., but that there is often not a general consensus until a morph has been around a very long time, as there’s no published, peer-reviewed documentation to reference. So whenever a single breeder is the source of information like that, I always take it with a grain of salt. Especially as I’ve perceived a general bias against self-reporting a morph as polygenic.