The stripe gene seems to express itself very differently based on the % of rufescens blood present. All striped sand boa are part rufescens, but check out the difference between these two, both produced this year. One is from a high % rufescens dam, the other is not. Let’s see if you can guess which is which. 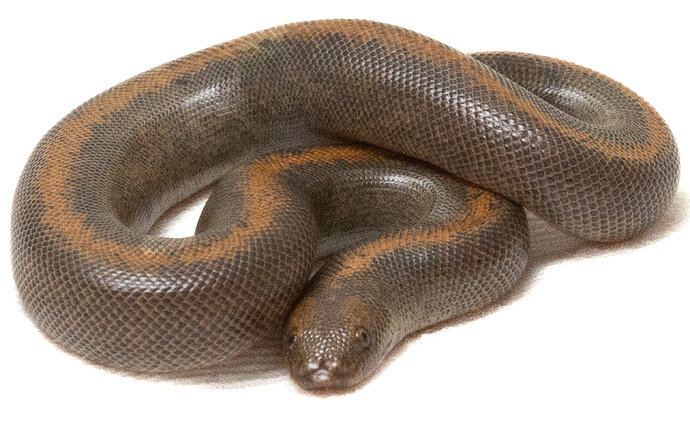 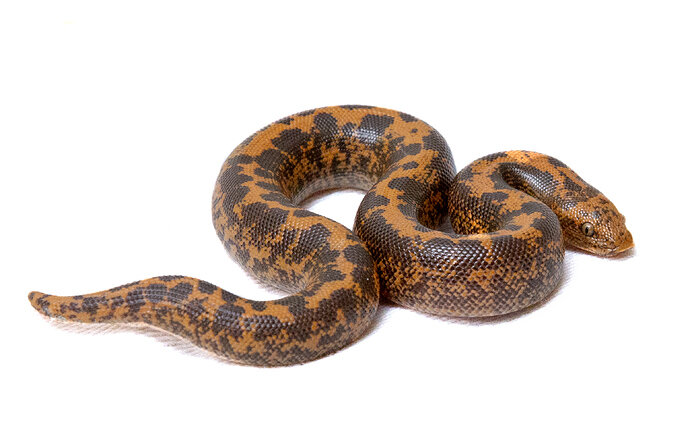 It’s my opinion that the stripe gene is not really a single-gene dominant trait, but rather poly-genetic. Thoughts?

That’s actually quite a interesting find. If you could replicate this in a few more clutches and maybe even with different parents then you are one step closer to completely understanding that gene. Science at its most beautiful.

This result has been consistent across the five stripe litters I have produced. People are calling the stripe gene dominant, but in order for that to be true, there should be some non-visual supers out there, produced from a stripe x stripe breeding. I haven’t seen anyone claiming that they have a “super stripe,” i.e. a stripe that produces all stripes when bred to anything. Not saying they for sure don’t exist, I’ve just never seen or heard about one. I would love to hear from anyone who owns a stripe that was produced from a stripe x stripe pairing. I’d really like to hear about the results of breeding such an animal. If no super exists, than we can’t really call it a dominant gene. I expect to produce a stripe x stripe pairing of my own in 2021, so maybe I’ll hold some stripes back and see if I can prove a super.

I have a couple females that came from a stripe x stripe pairing that look nearly patternless or very close to it; I say nearly because in person they look patternless, but with a camera flash you can make out the tiniest hint of a stripe. I will be breeding one of those females this season and another next season; hoping to prove out supers! But I’ve been breeding stripes since 2013 and always get a wide range of stripes from “aberrant” (messy stripe), granite (side patterns), regular stripe (your first pic), pinstripe (what I’ve been calling those with a very thin and clean stripe), and (nearly) patternless. The stripe to stripe pairings give the cleanest stripes in my opinion and you are more likely to get the pinstripe or patternless. With just one parent as a stripe, you get a mix mostly looking like the two in your pictures. With such a wide range of stripe quality, I am inclined to think it is poly-genetic.

Here is my girl Sylvanas, a patternless and nearly spotless Snow Paradox Stripe. 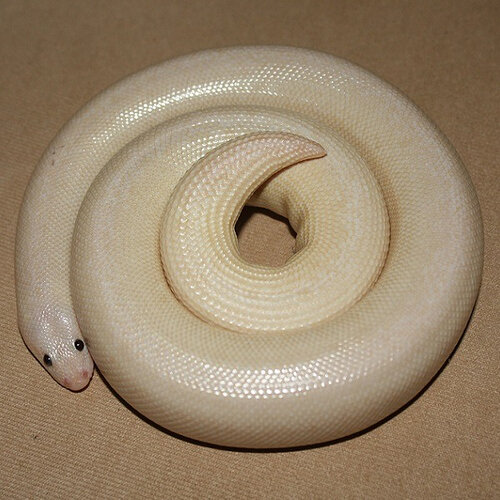