I agree, if creatures is seeing red flags…
Keep your snake and find a female from some other breeder.

Drymarchon do not tolerate inbreeding

Hey guys, update time
We’ve decided to keep Midnight. We’re now looking for an unrelated female to raise up and pair him with. Does anyone know of any good breeders? They seem to be hard to come by for Rubidus.

Thank you all for the advice. This was a super difficult and tempting choice to make but I think we’ll be better off keeping him. If he’s worth that much to another breeder, he’s worth it to us.

This makes me happy

He’s beautiful and I’ve never seen a snake like him before! Mostly Royals here I swear haha. He’s a Stunner and Hopefully you find him a girlfriend

As long as that beautiful animal is happy thats all thats important…I hope he gets u plenty of awesome babies in the future.

I think you made a good decision, congratulations. I’m excited for you, and openly envious. We will have Eastern Indigos one day.

Found another breeder with 2020 females! Talking to them now and it looks like by next month Midnight will have a mate! Will send more photos when we choose which baby.
Attached is another photo of our boy Midnight

Midnight is a handsome boy. I hope he finds the girl of his dreams. Drymarchons are awesome and aside from the false water cobra they are my 2nd dream large colubrids. I’d say give him pets for me but he isnt a dog so…

Oh you’re going to need an Amazing name to match his!

I know! We’ve got a thing where we name everything with M or C (started by accident and decided it was a fun gimmick), it’s a tough restriction lol. We’re liking Morena for the female but it’s still up for debate since we haven’t gotten her yet

It takes me months to think of names for my geckos

I’m glad you kept him and found a female. I can’t wait for when she arrives.

That’s a fun way for doing it!
Just to throw a name your way, similar to yours, ish… Morgana (Thats assuming you’ve seen Merlin) Shes the enchantress!

Thank you guys for all the support! And those names are for sure making the list!

Just put a payment in on a baby female. Here’s a photo! Can’t wait for her to get here. 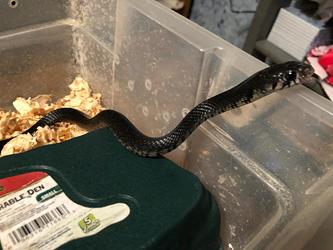 I had a weird thing with naming my corn snakes with C names for a while, I got over it, but I was surprised how many I came up with. Odd that we both ended up with C.

I’m going to name all our herps with first and last names, after real or fictional people. (Also track them with unique universal ids (uuid4, nerds) that are internet-wide unique, from now on. We have Fred and Wilma Flintstone, and Bill and Melinda Gates, some Carpet Pythons named Franklin and Eleanor Roosevelt, a pair of corn snakes named after my partner and myself, silly stuff. We’re having too much fun with it.

@erie-herps How many geckos you have to name? Oddly, I never named my Rhacodactylus when I was first working with them. I guess I’m a snake guy at heart, but someday I will have some of each Rhac species. I didn’t have great luck with Gargoyle breeding, but it was over a decade ago.

@erie-herps How many geckos you have to name?

That’s really cool! We don’t have many pair names but it’s definitely something we’ve thought about. Over 40 reptiles and amphibians the names are running very thin for Cs and Ms lol. We’ve only got one reptile without these naming conventions, Frank our Blue Pectinata. 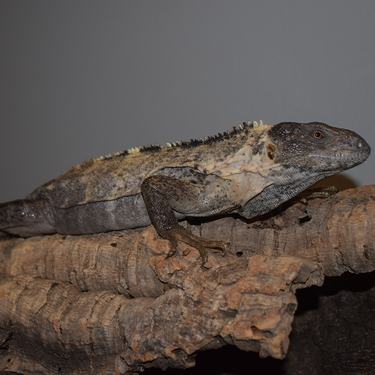 Soon enough we’ll definitely have to choose a new letter though, maybe F is next!

Thought we should update! Earlier this week our female redtail indigo was delivered! Here she is. 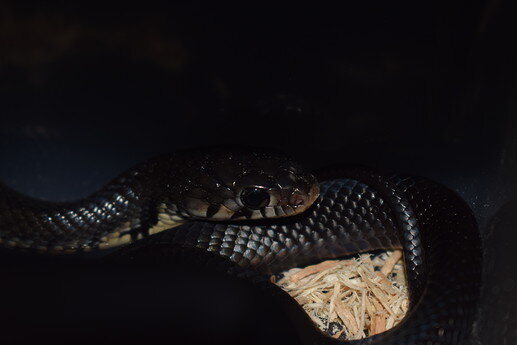 She’s still a little flighty as a baby so this was the best photo I could get
She hasn’t been officially named yet so suggestions are welcomed.

Since I last updated, I’ve seen 2 other breeders put out ads searching for a male sonoran rubidus (exactly like Midnight), even specifically naming the line he originally came from. I guess we really didn’t know how lucky we got with him!

Thank you all for your support and for following us on this adventure. We can’t wait for this project to get up and going.

Since your male is named Midnight, why not name her Twilight? That way you have a theme of sorts. She is gorgeous btw.