Can a named Disco Inferno morph be a leucistic?? 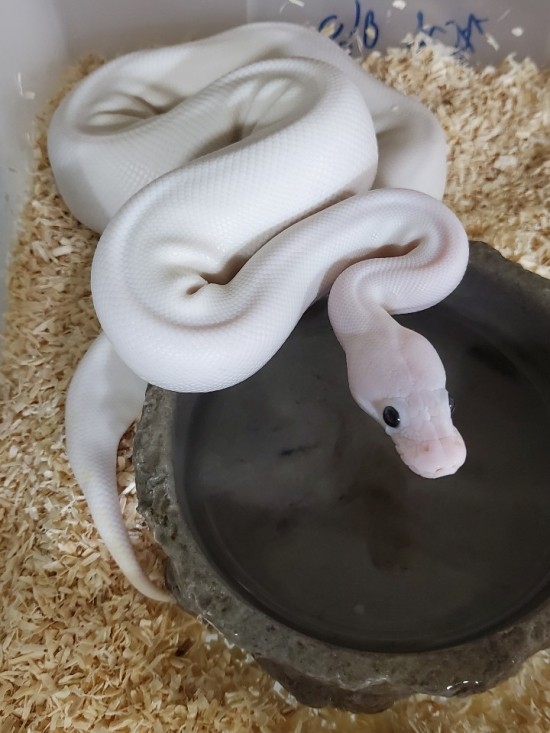 Can’t really tell in the pic but is it a black eye Lucy?

Are you asking if a disco inferno can be a lucy? then no, disco and fire are allelic and make something that resembles a cream with almost pied sides.
http://www.worldofballpythons.com/morphs/disco-inferno/

Thank you. Sir
A seller told me that the ballpython was a disco-inferno-all pied version, so I asked

It’s like he lied to me. Maybe that’s a superfire.

Did they tell what the pairing was?

I also saw it in his reptile shop and what he said was that he imported it from states. He did not mentioned about the breeder, but gave me her parents’ info(1.0 Super Disco x 0.1 Leopard Firefly).

As nirvana_jung asked, I also had a doubtful point whether disco-inferno has all pied version or not.

Well… I’m in South Korea, it looks nirvana_jung also lives in here. So we both saw the same stuff i guess.