So, my first clutch was laid on May 13th, almost a month after the female was “due” to lay.
I had two eggs go bad about two weeks ago, though one looked to turn out infertile (no veins, looked yellow inside) and the other was turning green and smelled bad, and candled a cloudy red color with no solid veins. Likely the embryo died and the veins had started deteriorating. 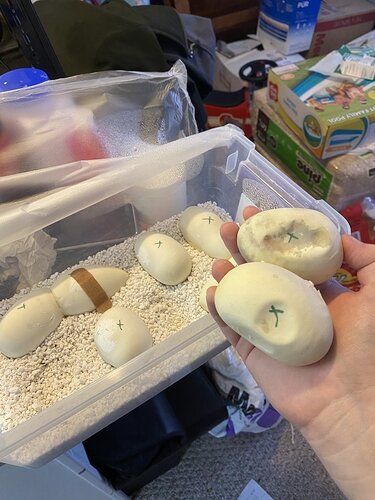 Now I have two more eggs that are starting to dimple a bit as of a couple days ago, but they still have solid veins and otherwise look healthy. The 4 other remaining eggs also look fine. 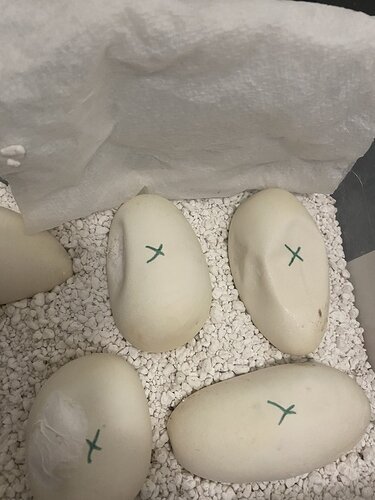 My temperatures are at a constant 88°F, and when I had set them up I put 50/50 perlite and water by weight. I had press n seal on them but decided to take it off after reading that it wouldn’t be necessary, not to mention how much of a pain it was to take off and put back on without dripping water everywhere from the condensation.
I do not have individual hygrometers for the tubs, though they probably would be useful for better monitoring and I will definitely consider them for future clutches.

Since noticing the dimpling I’ve been adding a bit more water around the sides (being sure not to get any on the eggs) as well as placing a damp paper towel over the dimpled eggs.

Now, I’m not sure if this dimpling is from lack of humidity or because they’re getting closer to hatching. As I said, the other eggs look fine. The other clutch of 7 eggs in the incubator are all still nicely plump and round with healthy veins, and they were laid 2 weeks after the first clutch.

Any input to help fix them or ease my mind would be greatly appreciated. Thanks!

Judging from the photo you have the bins with the purple latches. Ran into the same issue, only much sooner, with my first clutch.

Unfortunately, press and seal was the fix. There is too much of a gap to accommodate the latches which can allow too much airflow.

Yeah, they’re the purple latched tubs. I’ll go ahead and put the press n seal back on them, thank you!

Haha, thanks for trying to help anyways!
The dimpled eggs turned out to be no good, the entire clutch honestly turned out weird and only one baby survived. A little banana male with a tiny kink in the spine right by his vent.

He’s eating with assistance (I just put a live pinky rat in his mouth and he chomps down and wraps it himself) and poops just fine.

He’ll stay in the family though, and is being given to my younger sister as a pet (she’s 16) and she named him Kichi Hamilton. We usually just call him Kichi though 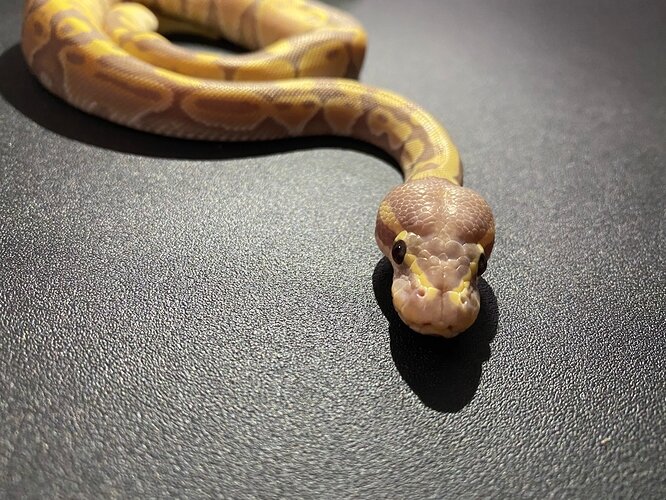 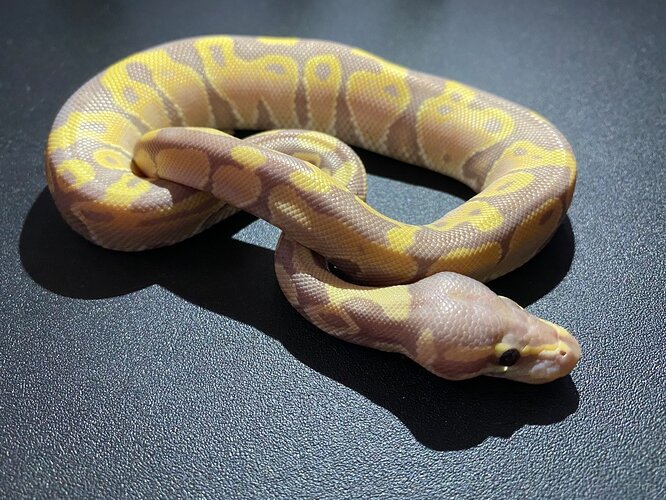 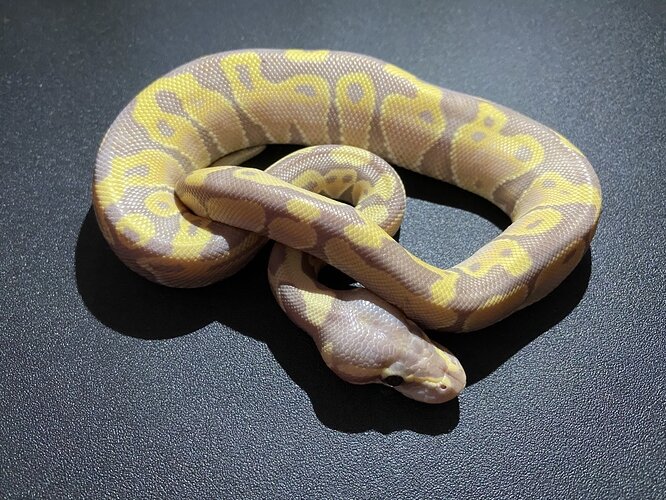