Ran is maybe growing up and calming down! He got an enclosure upgrade yesterday and actually wanted to hang out! No musking and had a nice little handling/exploring session with him. Decided to grab some pics while he was moving slower than usual. 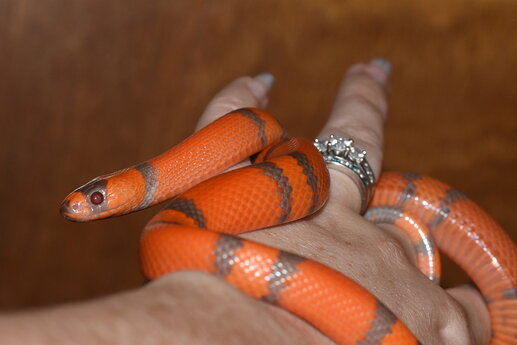 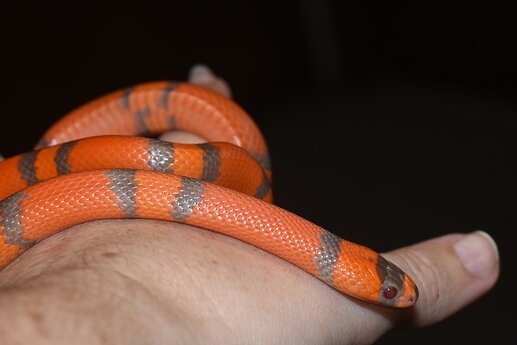 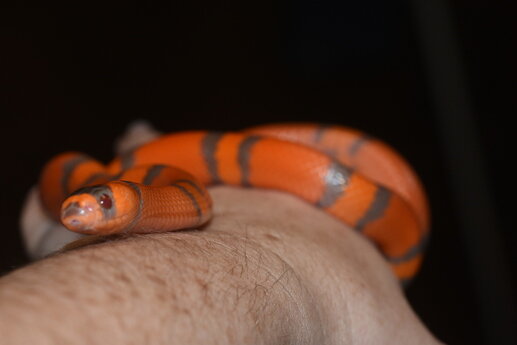 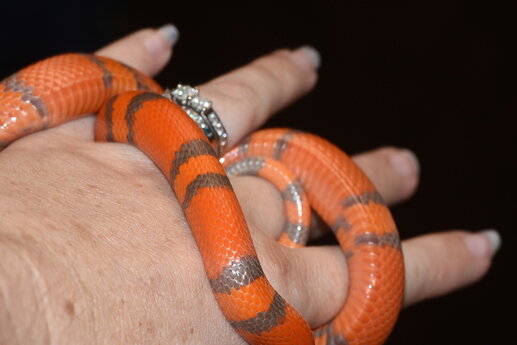 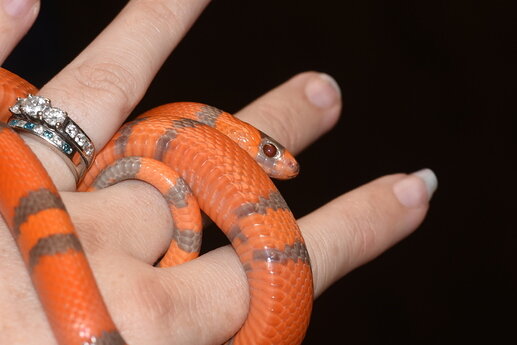 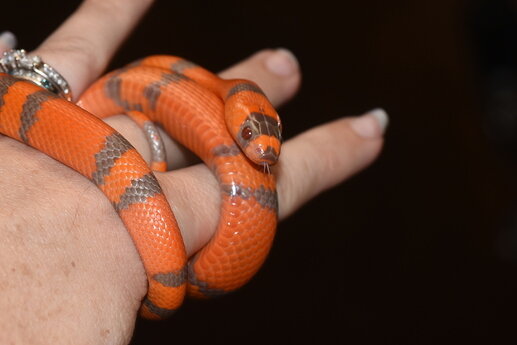 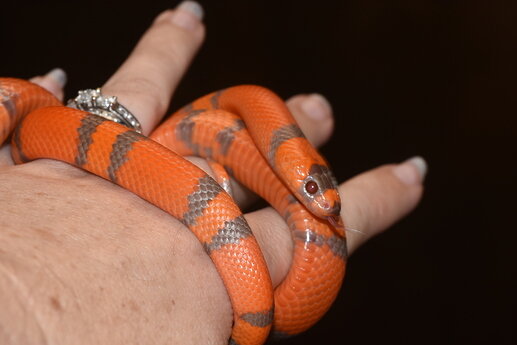 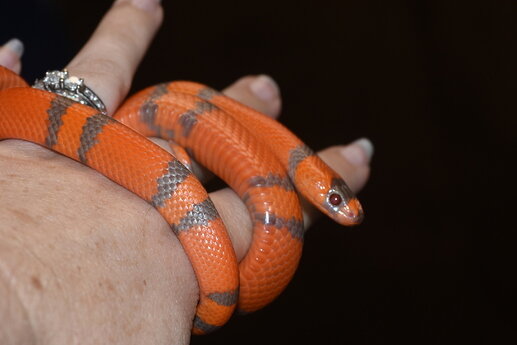 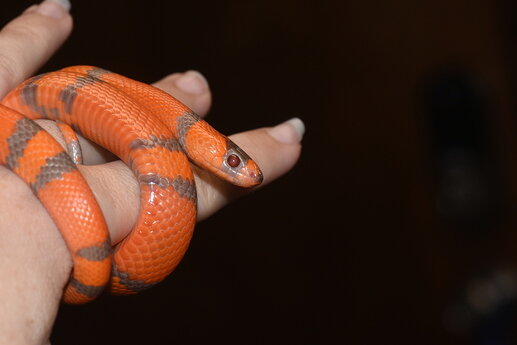 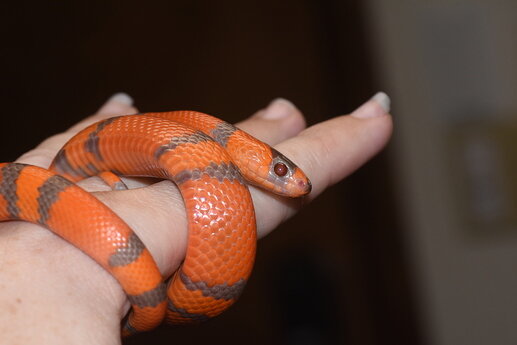 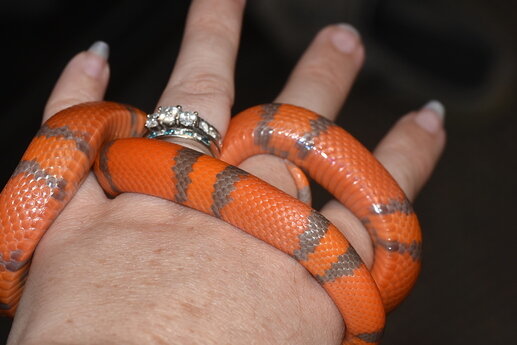 Pretty serpent you got there. Is the husbandry for this species similar to corn snakes as in are they easy to keep and friendly like corns?

Fairly similar. They are a decent beginner species. Like it a little cooler than corns and they tend to be flighty and like to musk, when little. We have a 9 year old male that was one of my husband’s first snakes. He kind of spoiled me, he was pretty chill even as a baby when we got him, never musked and just a little flighty, like most babies, and he’s been one of our best Ambassador snakes over the years, they get a bit bigger than most corns, so he’s kind of huge and impressive and will just hang on your shoulders all day and let kids stroke him.

But Ran and Shao, my two that I got last year have been super flighty and flail musk around whenever they are handled or attempted to handle. Ran seems to be outgrowing it though. Shao took an almost two month unauthorized walkabout until being caught in one of our traps, a month or so ago, so she’s fallen behind in size and is still crazy.

But they are generally only muskers and whips, they rarely ever attempt to bite, probably less than corns, in fact.

Wasn’t my idea but used this video. There are a lot of videos out there on easy to make humane traps. Keep at least one of these in our reptile room and it’s recovered quite a few escapees for us. Sometimes takes hours, others weeks. I’d like to have a few more but can’t motivate the better half to make some for me. He’s the handy one. I really need to just do it myself, they aren’t that hard to make. 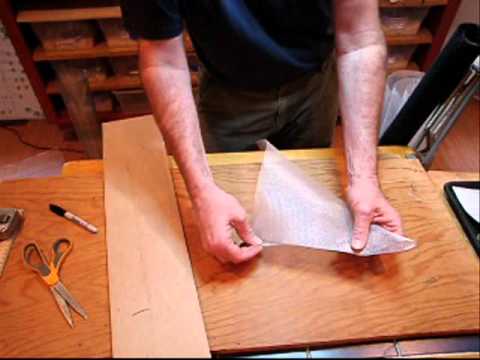 Ah, we catch crayfish in traps like that. Interesting, and thanks!