Have just one animal. It’s a reducer and color enhancer.

Is it a co-dom or is it kind of like paradox or ringers that just pop up randomly?

Despite a decade of asking and looking, I have yet to see a “single-gene” Fader.

Myself and many others have long felt that this is a line-bred trait.

I have a super stripe fader and can’t find anything on it to save my life either. All I can find is that NERD discovered it and they use it a lot in their odium line. I have reached out to nerd and never got an answer and there just isn’t much on it. So the way I see it, is its not proved to be incomplete dominant or recessive… so if someone could prove it out and have good evidence of such then that’s probably going to be real real good for them.

I’m going to be honest, I can’t see a single difference in any animal that is listed as Fader compared to the same genes without it. Hopefully someone can prove me wrong.

It may just be me

but I wouldn’t buy into it.

I’d have to agree with Tom (@eaglereptiles). To me the snakes with “fader” present look the same as those with the same genes without “fader”. Not worth the investment in my opinion.

@mnroyals and @eaglereptiles We happened accross a snake we purchased as a lesser het albino and when we bought her the guy gave us his receipt with her clutch ID on it. We happened to know the breeder fairly well and messaged him. Turns out she is a Black Pastel Yellowbelly Lesser pos fader het albino. Didn’t really intentionally buy into it but really didn’t know a lot about it. Which it seems no one does.

You would want to try and contact Kevin from NERD. He would know the most about Fader, and whether or not your ball has it.
Mind sharing a picture of your snake in question?

It was kind of a surprise possible gene we got in a snake we already have.

Working on uploading photos… We have tried to talk to Kevin before on different traits and we never could get the time of day from him. We know we can use traits from this girl but do we call her offspring pos fader or not even worry about mentioning it? That was out biggest thing. 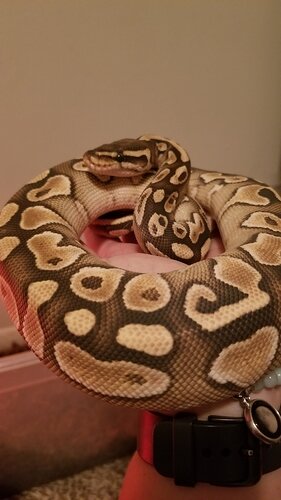 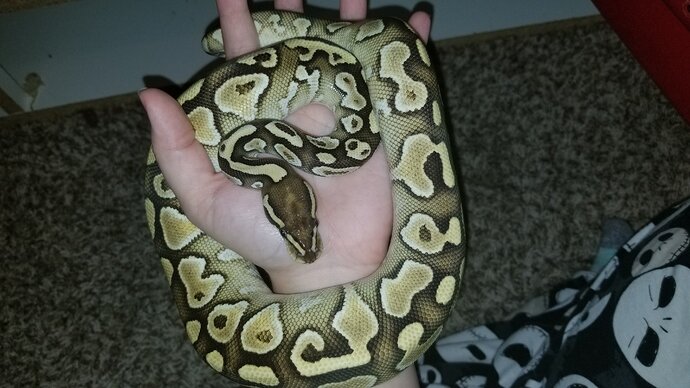 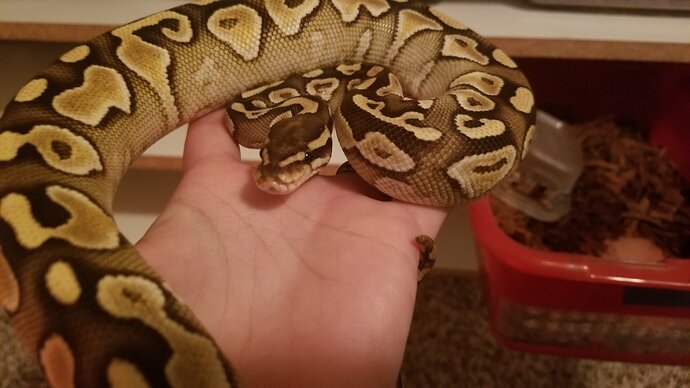 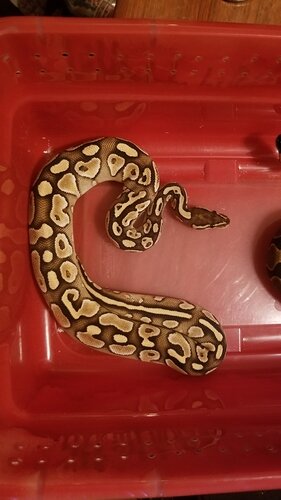 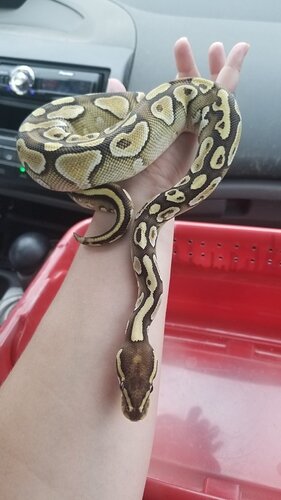 That’s up to you really. Personally I wouldn’t bother even saying it’s possible Fader. Can’t tell for sure if it’s carrying that mystery gene or not, and like @t_h_wyman mentioned, I don’t think anyone has ever seen a single gene Fader making it very questionable it’s even a gene and not a line bred trait.

And from those pictures I don’t see Black Pastel in your Lesser.

I apologize, is pastel lesser yb het albino… thank you for catching me on that. I had to go look at her tub and in our record book.

I think it reduces pattern. But nothing crazy it’s not co dom in my opinion. This is my female pastel yellowbelly fader.I would say it’s polygenic. 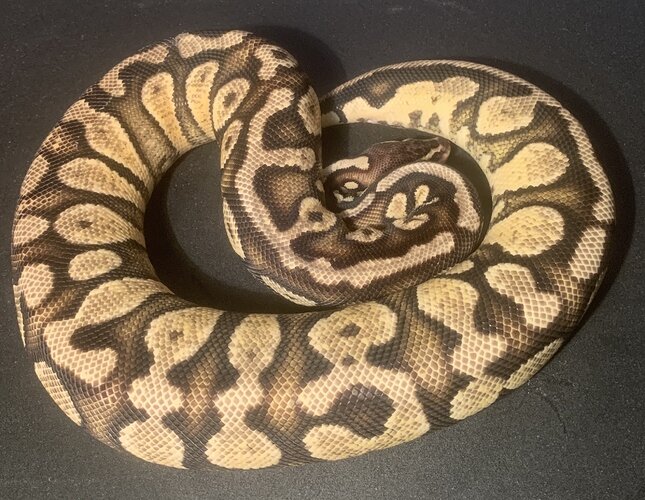 So you think Fader shows it’s influence when mixed with certain genes?
That could explain why there is no single gene of Fader, that’s interesting to look at it that way.

Exactly! But I’m not geneticist lol. Just my humble opinion.

So… The short(er) rehash

All of these first appeared in the superforms of each line. Over the course of a couple season, the single-gene forms from these lines began getting the label.

Now… What we have is either:

That’s really odd and a coincidence of events. Thank you for sharing that. Definitely going to benefit the community some more to go off of because this Fader whatever it is, is hard to get any info on.
I do remember the Whiteout, but don’t recall Duper.
From that analysis, I would go with the conclusion that it is polygenic, and closely with Pastel it seems.
Thanks Dr. Wyman, appreciation as always.

Don’t see Pastel in this either as for YB well a Belly Shot would be needed.