Anyone else got a fussy fat tail?
Don’t get me wrong I’m happy she’s eating!
I’ve had problems from day one with her and the idiot who sold her to me couldn’t care less and said she was fine and healthy. I mean no, she’s skinny, I saw that from pics but I thought I can fatten her up so that’s fine. But apparently he can’t tell the difference?! And didn’t tell me of anything else wrong. Anyway he is absolutely horrid and tried accusing me of harming her so I gave him a peace of my mind and thankfully he’s left me alone. (Be careful buying online people!) (Not from this site, never had problems here)

Anyway I got her on the 6th. She’s skinny, not been eating, drinking etc. I’ve had to get her to drink and she’s only now, last 3 days just started taking food. I’m tong feeding her atm, but she’ll only eat wax worms.
She’s taken one cricket a couple days ago but will refuse them now, think she thought was a wax worm and took it by accident, well it’s not worked again since

. I mean I’ve been trying to get her to eat since the 7th so… But if I show her a wax worm she’ll eat it. So atm she’s only eating wax worms. She needs to gain weight so great, but not great when that’s all she’ll take.
Before here she was having 2/3 crickets or locust a day, and 3/4 wax worms every 2/3 days apparently. But even that I don’t believe now. Either way she’s basically been starved and don’t think she realises she can help herself to food when she wants here!
But anyone else got a fussy one?

What did you do to stop him/her being fussy?
The only fussy fat tail I’ve had was grandpa who would only eat crickets, he now eats anything and he’s a massive pig! You can wake him up and he’ll eat

Even my 5 1/2 month old Taiga eats like a machine and anything! Just blooming Gigi, would be my girl who needs to eat too wouldn’t it

You could get a non-escape dish and putting the feeders (non-waxworms) in there, if they’re crickets you could pop them so they don’t escape. This sounds unusual but you could use a needle and syringe and pull the guts out of the waxworm since they’re so watery and you could fill them with innards of healthier feeders. You could also try to feed silkworms or hornworms since they look similar.

You can also try black soldier fly larvae as well.

What size is the gecko? Length and weight if possible. Is this captive bred or wild caught? I ask because most wild caught have intestinal parasites that could cause a problem. Hornworms are a great source of hydration. We feed all of our geckos (7 species including fat tails) a mix of most of the regular feeders. Are you dusting with calcium or supplements? Some of those have an odd taste to some animals. Some breeders have videos about popping crickets and touching the animals lips with them to get them to realize it is a food item. I am assuming the temps are correct since you have others that are thriving.

Hey, she’s captive bred. She’s an Amel, so not a wild caught one. Weight is 32, she’s actually gonna up a few g! Very proud of her.
I’ll add some images of her in a sec!
Tried popping them yesterday, guys galore and all that

Yes I always dust, the wax worms are dusted etc also. She’s just fussy. But with being skinny also it’s not ideal!

Will get some of those bugs advised too! Thankyou!

First are what I was sent by guy.
Others are her here. She’s actually no longer got a ‘hollow’ belly thanks to the wax worms but still a worry! 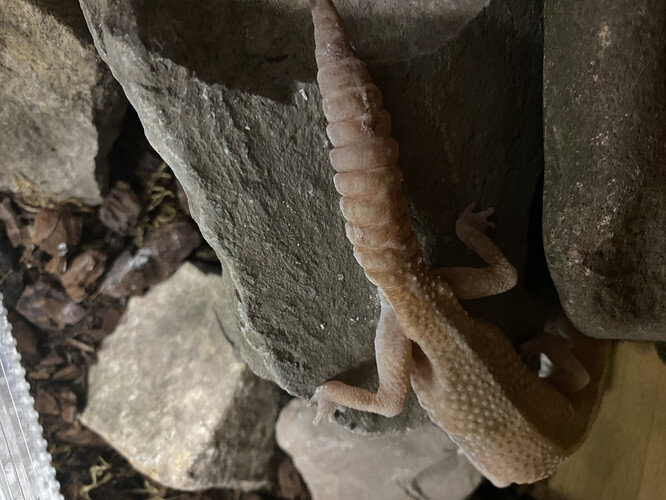 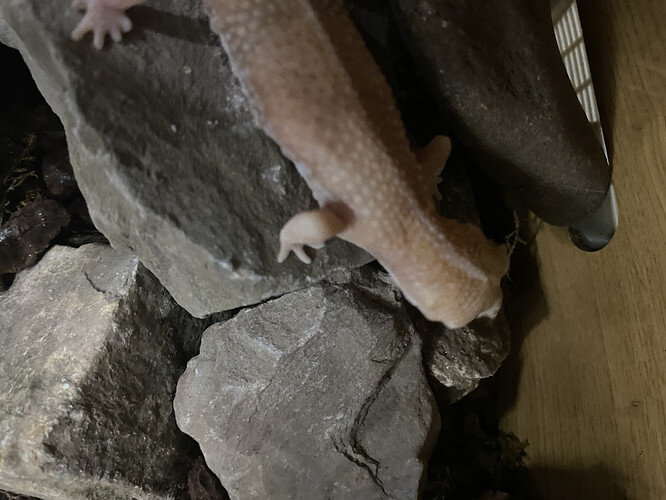 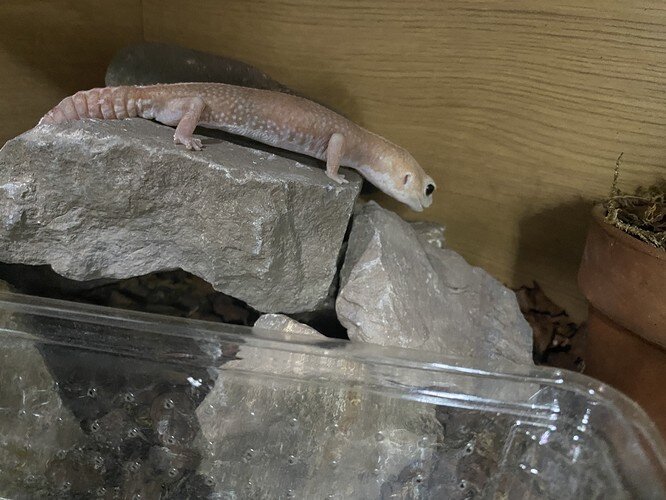 Ok so I just weighed her, been 2 days since I last checked. She’s 38. So wax worms are working? 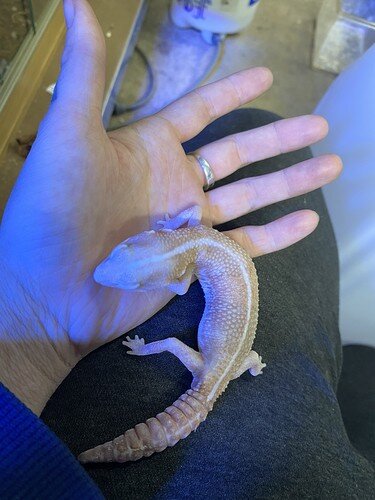 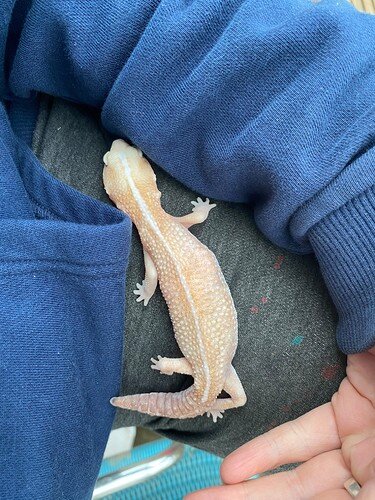 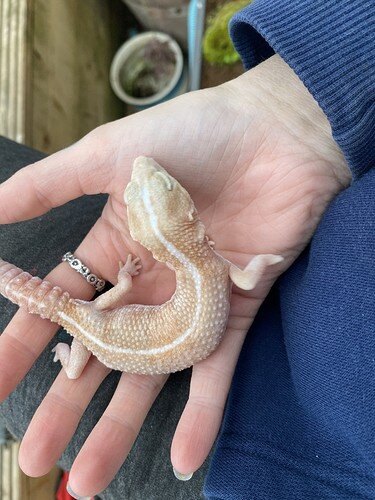 She’s got a little belly now. She’s been so hollowed out and nothing to her.
But it’s working! Happy

But now to try switch… I’ll try stabbing the crickets again later on!