For small scorpions (about the size of my fingernail) finding prey small enough can be a challenge. The scorpion will have difficulty with prey Larger than them. The scorpion will run from prey such as crickets that are the same size, which makes feeding a challenge. Pinhead crickets were too small to deal with, they were fine for a spiderling. Going with small crickets is tough to get small enough ones. A cricket can also be a danger to the scorpion as it will eat the scorpion if left too long. I have found that flicking them in the head will be enough to kill them so that your scorpion will eat it.

This is a close up of just how tiny some scorpions are. She is hiding under a leaf for reference. 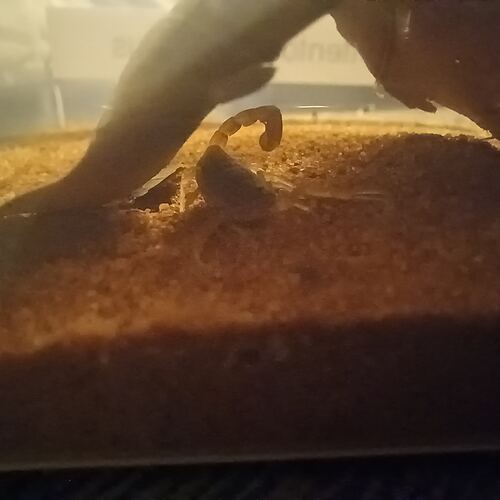