We cut our very first clutch of eggs yesterday on day 58. Today, all of the babies are still in the egg, except for one. It was trying to crawl out but had the umbilicus wrapped around it’s tail and the yolk sac still attached. I tied off and cut the umbilicus. That’s when I noticed the cord was also tied in a tight knot. How in the world did this baby survive? The baby is small, and a little weak, but I think it just might survive. I couldn’t get it back in the egg, so it’s just chilling out in the incubator in a deli cup with a damp paper towel right now. The pairing was a banana enchi x banana leopard. This baby was the only non-banana in the clutch. Out of 5 eggs, we got two super banana enchi, a banana leopard (poss enchi), and a banana enchi. The baby with issues is a leopard enchi

Hopefully our next clutch is not so stressful.

Any chance we can see some pictures?

Congrats on the new babies. It is crazy how they can get themselves tied in knots. Can’t wait to see pics of the babies once they leave their eggs.

Congrats on the first clutch and you definitely have a fighter on your hand!
I also can’t wait to see some baby pics once they all come out of the egg. 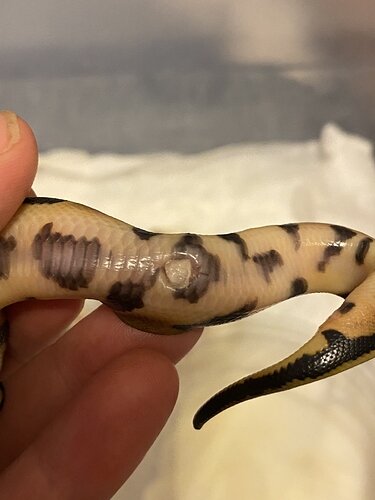 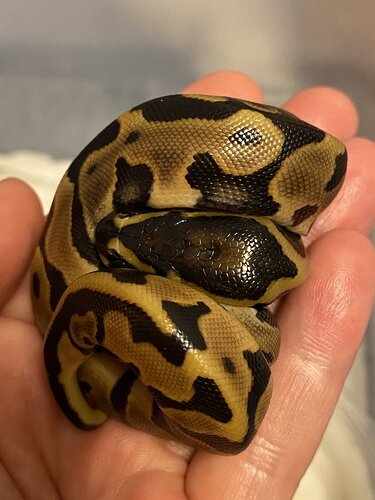 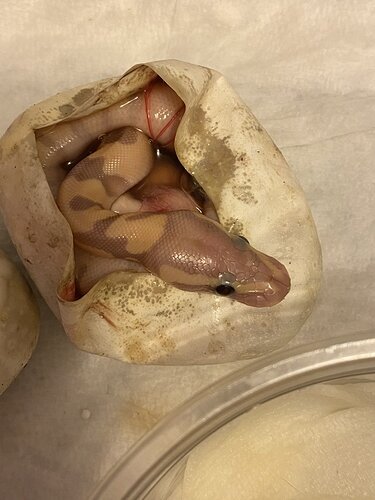 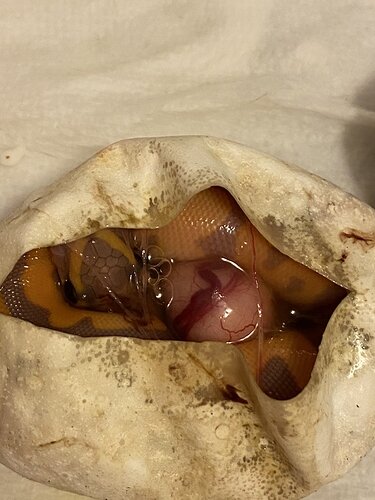 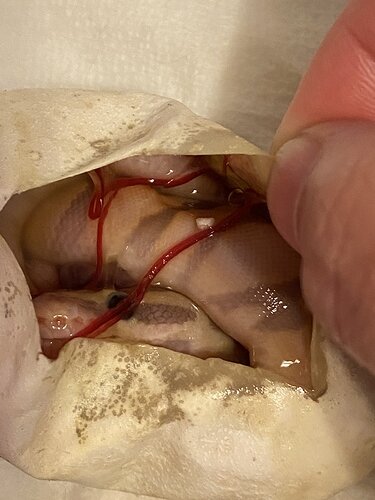 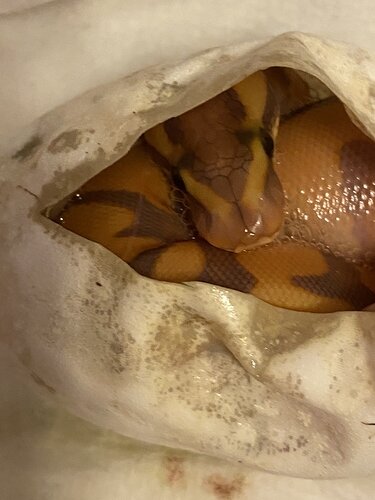 The one that was tied up looks a little stronger today so I weighed her. She’s only 38g. I’m assuming she’s a girl because her dad is a male maker banana leopard and she’s not a banana. I think that’s how it works. I’m brand new at this stuff

It looks like they have absorbed all the yolk and a couple of them will come half way out, then go back in the egg. Shouldn’t be too much longer now. It’s like waiting for Christmas. Just crawl out please! The more I look at them, the more unsure I am about the genetics. Once they’re out I may need some help on that. Not too many banana enchi leopard combos out there to compare.