Has anybody here tried this breeding? I’ve searched the internet but have not found anything. Are these similar to Snowglows?

I don’t but welcome to the community

First of all, welcome to the community!

You can see the results of the pairing on the genetic calculator here.
The offspring would look nothing like sunglows sine they would be het albino. Since super hypo and tangerine are polymorphic traits you may or may not get them in the offspring. Likely you would get reduced expressions of them. Half of the offspring will have gem snow, half won’t.

It’s a pairing that I don’t foresee resulting in competitively marketable offspring.

‘Snowglow’ is not a very commonly used term, though it is technically correct, so long as you specify which strain of albino. The ‘Snow’ part of ‘Snowglow’ is always Mack Snow.

An understanding of some of the basics of genetic inheritance can help boost understanding when it comes to stuff like co-dominance, incomplete dominance, dominant traits, recessive traits, etc. A single-copy Mack Snow bred to a Tremper albino will result in ~50% of offspring being Mack Snow het. Tremper, and ~50% of offspring being Normal het Tremper. (It’s early in the morning for me, so someone correct me if I’m sleepy & messed up the explanation.)

If you breed a non-albino (Gem Snow) to an albino (Sunglow- which can refer a Super Hypo Tangerine + any of the 3 albino strains but default is Tremper), you will get non-albino offspring that are heterozygous for albino, just as @erie-herps said. Whether or not they will be Gem Snows will depend on how ‘Gem Snow’ is inherited. If Gem Snow is polygenic, the Tangerine from a Sunglow and the Gem Snow will likely just result in a yellowish animal that looks like a pastel-ish Normal.

The different types of Snow (Mack, Gem, TUG, and Albey) are not all well understood or agreed upon, and the Gem Snow is the least understood in my opinion. I have not seen a strong case made for any particular mode of inheritance from a very large, reputable breeder for Gem Snows, nor is it clear how to recognize them as hatchlings (unlike patterned Mack Snows). There have been allegations made that Gem Snows and TUG Snows are both the same as Mack Snow, just discovered by different people, but I have not seen any first-hand evidence to support or refute that (i.e., does breeding them together result in Supers? I have seen people swear up and down on both sides of the debate). In my opinion, The Urban Reptile are very well-known, established, reputable breeders, and since they discovered/first produced the TUG Snow, I am willing to accept what they say is the mode of inheritance for TUG Snows until I see further evidence in person.

To get an animal that is Gem Snow + Albino (meaning it shows those traits as part of its phenotype, not just whether it carries those genes), you have to breed a Gem Snow het. albino x albino, two albino hets, or some other combo, and not all offspring will be Gem snow albinos.

With regards to your question, not all morph combos have been given names yet. I don’t think that any of the morph combos that include Gem Snow have names yet.

Thank you for the response! I appreciate it

The image didn’t load properly, could you try uploading it again and making sure it’s fully loaded before posting. 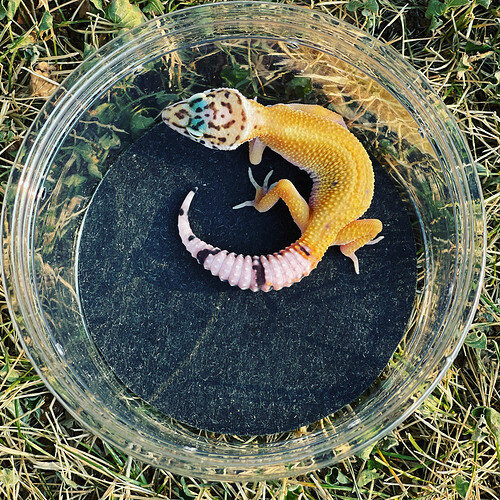 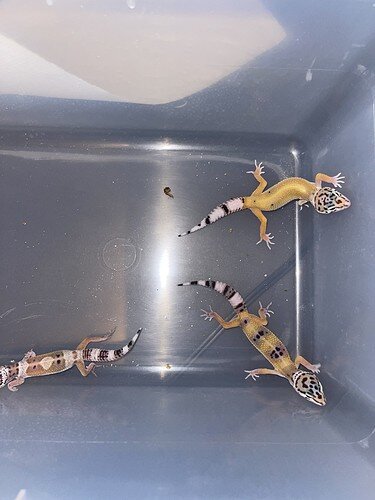 Thanks, I re uploaded today