I have a SHT male that weighs in currently at 82grams. My question is, to be considered a giant, is it based on weight, or is it strictly a genetic trait? He is about 4 years old. This is a picture of him compared to my other male that weighs 56 grams 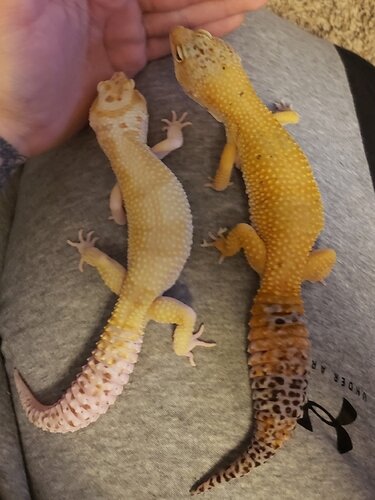 got out of Leos a few years back but from what i understand there is a giant and a super giant. your male could very well be a giant and if i remember correctly most super giants and giants surpass 80 to 100 grams within the first year. your male also has good body proportion and condition so he is definitely not fat