Hello everyone, hope you are all having a good start to the new year. I have a Pastel possible Chocolate DG (sold as a pos het Hypo, but could be visual according to the breeder based on his almost in shed look), and I think that I might have gotten some babies from him in a split egg clutch last year from my Mojave Vanilla Sulfur female, but I’m not sure. The male that I thought sired all the babies was my Firefly Butter Enchi, though none of the babies have Enchi (unless it’s in one of the 4 white snakes that I got from the pairing) and out of 11 eggs, you would think that I would get at least one. I will post pics of the DG and the babies that I think could possibly have Chocolate in them to see if anyone can help out, and also point out why they either do or don’t have Chocolate. I’m going to pair the DG to a proven Chocolate GHI Mojave to see if I get any Super Chocolates to prove him out, and get some cool hets! 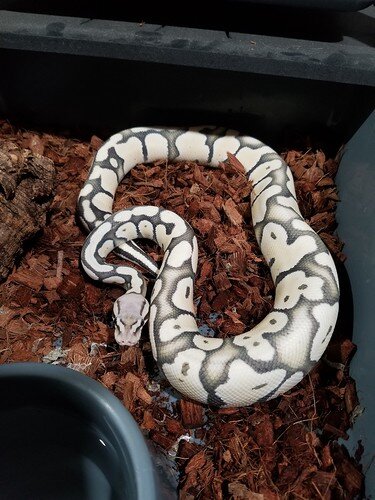 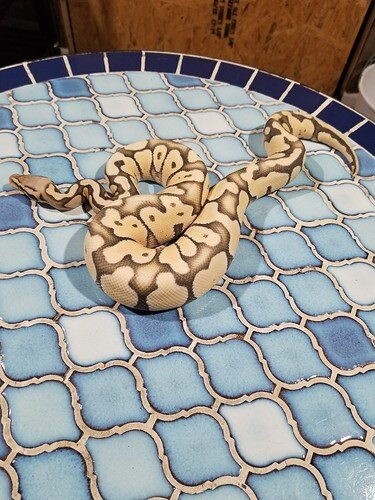 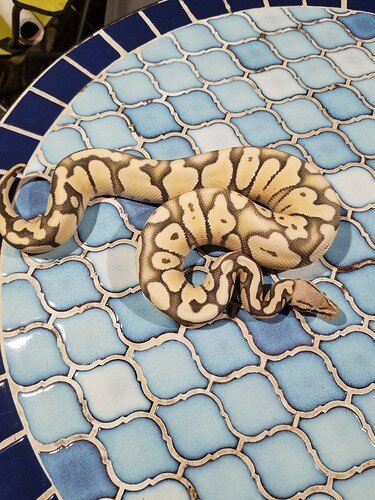 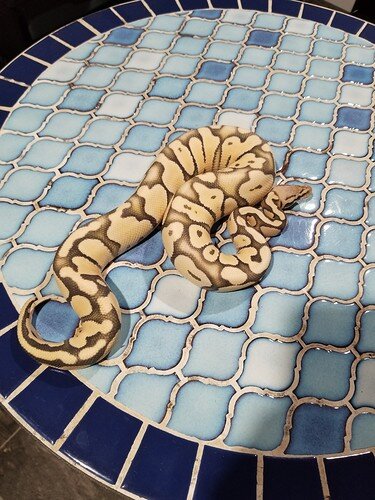 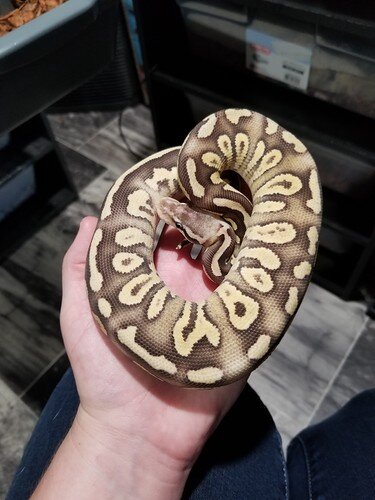 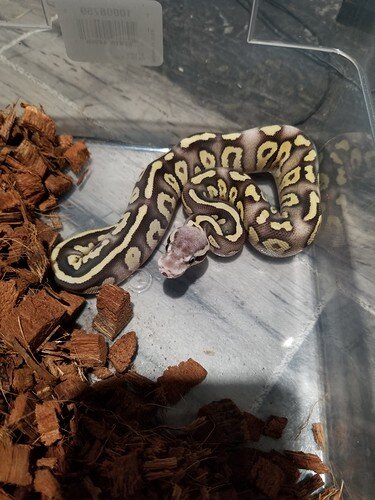 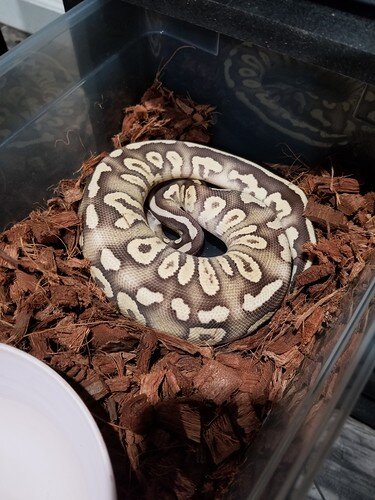 20201230_1823043024×4032 2.32 MB
This Pastave Sulfur/Vanilla is the one that I think is more likely to be Chocolate. She has a very different kind of pattern that doesn’t really look like other Pastave Fires or Vanillas that I looked at in Morphmarket. The alien heads are very narrow and look stretched, which I’ve seen in some Chocolate combos. The thing that makes me think that she isn’t Chocolate is her light color, but that could be a combo of the Pastel and Sulfur/Vanilla. 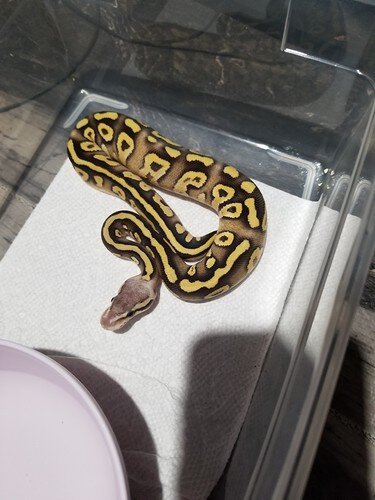 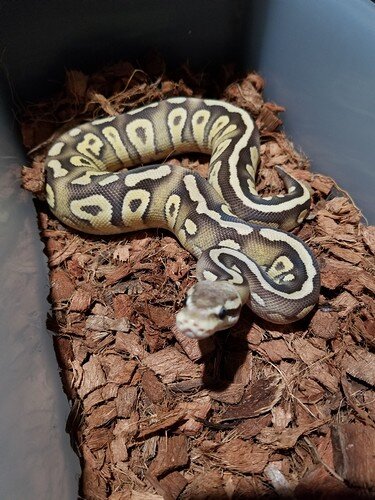 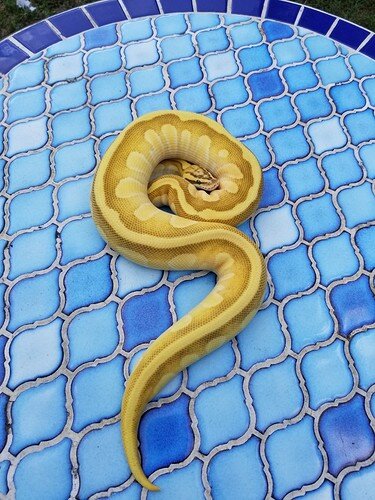 In my personal opinion one and two have chocolate and I would say no on 3. All super nice snakes!!!

Thank you! I had a feeling that they did, but I wanted to make sure. Now I’m pretty excited to pair the DG to my Chocolate GHI Mojave (who might also be het Hypo, she came from a pos het Hypo mom) and maybe my Queenbee Spotnose het Clown to get some Chocolate Spotnose stuff!

Well good luck to you, I would love to see what a Sable Spotnose looks like!

@walkergirl Seems like your chocolate stuff is taking a similar path as my sable project! I have a super sable vanilla and a super vanilla sable pastel!!!

That’s awesome, I hope that they do big things for you!