Help with Determing Who Was "First" 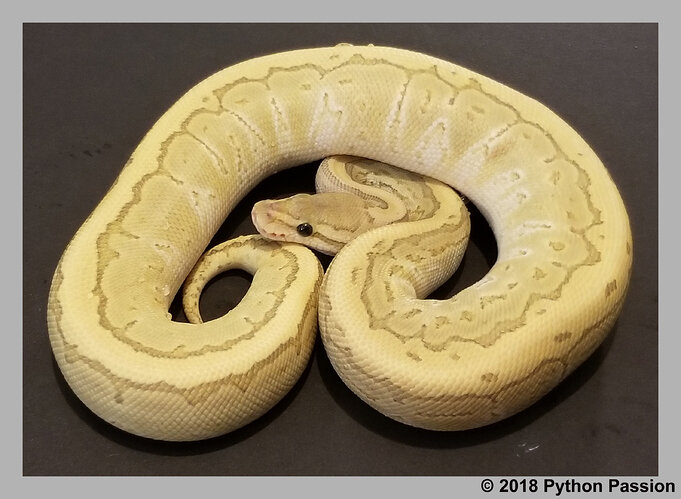 Good Shot.jpg3182×2333 2.83 MB
So, I produced this lovely lady in 2017. She’s a pinstripe butter orange ghost (that should breed this coming season–I’m so excited). This morph had already been done using lesser instead of butter, but since I think most of the community is now in agreement that lesser and butter are the same gene, just different breeder lines, I’m not sure I can claim to be the “first” to produce this morph. Thoughts?

I’m not sure I can claim to be the “first” to produce this morph. Thoughts?

I am pretty sure I have seen exact combo before in a FB group somewhere or something. But maybe I am wrong.

That said, and likely an unpopular opinion, who really cares if it is a world’s first or not? At this point in the hobby that is not so much a challenge as it is a by-product. In the last three years I have produced a score or so “world’s firsts” and I have not bothered to fly that flag on any of them. Just be proud of the quality animals you make regardless of whether they are the first one ever made or the one millionth one made

My biggest thing was, I didn’t want to offend the original breeder by naming the morph if I didn’t have the “right” to do so. It’s more of a respect thing for me. I mean, they never really named it anything that I know of. I know what I call it, but that doesn’t mean it’s accepted by everyone either. shrug

I got my pastel enchi butter hypo in 2015, the breeders holdback was a pastel pin enchi butter hypo that was on display nfs. I’m nearly positive he had that exact combo for sale back then. Even if you want to use the butter vs lesser naming technicality. I wouldn’t be surprised if he wasn’t the first either. Fairly common genes.

There’s a sold morphmarket listing for a pinstripe butter ghost with a 2016 birth date. Not necessarily orange ghost, but it doesn’t specify

Thank you much! I’m not sure how I missed that! I had searched WOBP and here too, but somehow this one never popped up. Or maybe I searched here before that one was added? But either way, good to know!