Trying to help a buddy ID these. He said he bought them wholesale from someone reliable as specters. He has them listed as specters possible asphalt. I said there was no way they were specters, maybe pastel specters. I asked him what the breeding was and he said the breeder said they came from either Enchi specter x asphalt or specter x Enchi asphalt. There’s obviously no way they could be specters AND possible asphalt, as you would notice that. And there’s no way a pastel would come out of that breeding. So either the female retained sperm, they’re pastel specters or asphalt, or my buddy got ripped off. Thoughts? 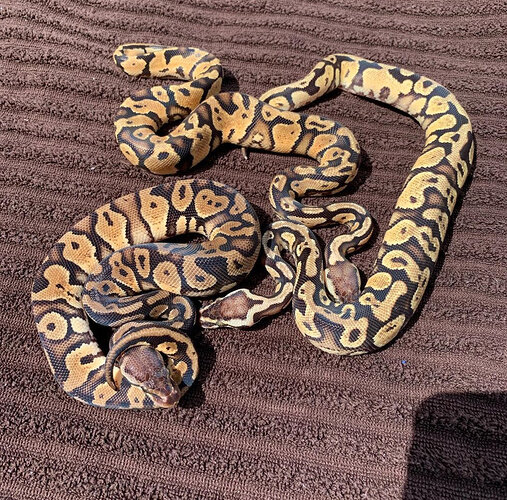 Well they look yellowbelly complex. And they would either be specter or asphalt hence possible. If they were both they would be super form. I don’t think there pastels , enchi can affect color to. There is no way to tell yellowbelly complexes apart visually. Although some will say you I myself can not.

Well there is definitely pastel in those animals so the pairing mentioned are definitely not accurate so it leaves your friend with the possibility of retained sperm or someone not keeping track of their pairing.

I don’t know about definite pastel. I’ve hatched out some very yellow enchi without pastel.

They look like pastel +something to me. Could be specter or asphalt involved. I’ve seen people mistake pastel for enchi before, so maybe this is one of those cases?

I could see maybe 1 Enchi specter/asphalt to look pastelish. I have my own that hatched this year that looks pastel. But 3? I can’t see that. Neither of them seem like they even have anything Enchi about them 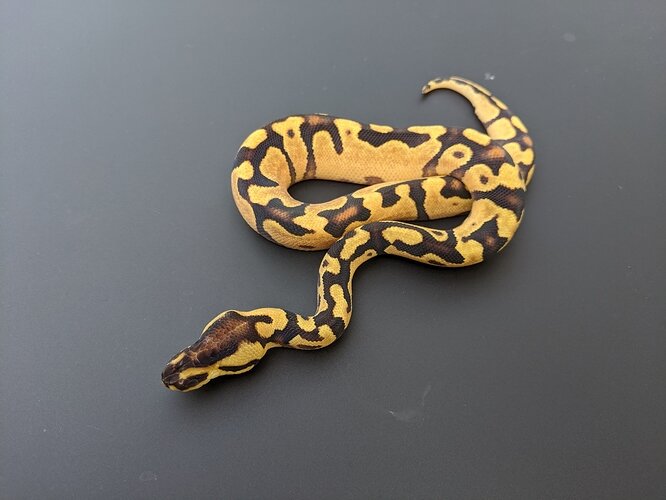