This nice little female just in from JCC reptiles. She was produced by Stan Chiras. My other dreamsicle project pieds are higher patterned and I thought it would be interesting to mix things up a bit with a little more white. 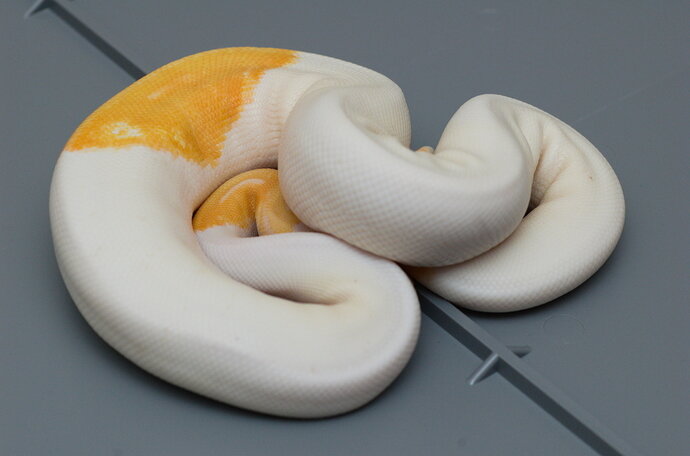 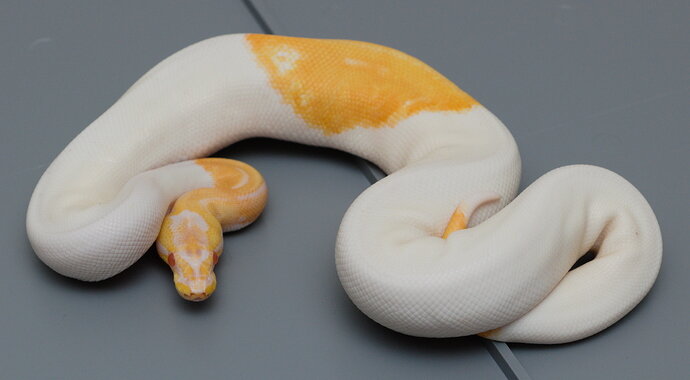 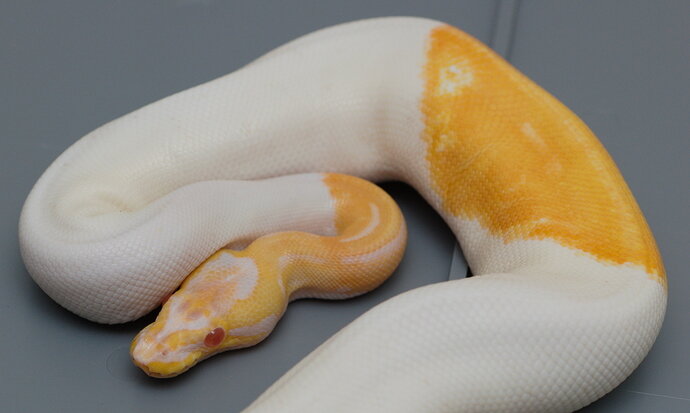 I didn’t think low white/high white on pieds affected the outcome of animals produced.
What are you trying to aim for with her?

@akmorphs I have heard both that it is and isn’t random the amount of white parents can throw. There was a thread on here awhile back it was discussed and if my memory serves correctly most of the experienced keepers that chimed in said it is random. @stewart_reptiles

I have 0 experience producing pieds as I’m new to ball pythons in general but the general consensus seems to be that it is random. When I spoke to Chaise at Justin’s facility he said they are known for their higher patterned pieds ( I was picking up a high pattern yb pied het lav at the time). If certain breeders are known for producing one way or another that tells me there could be a little more to it. Coming from a boa breeding background I think ball python breeders focus too much on single gene mutation stacking and not enough on selectively bred polygenics. More so than the genetics behind it I was just looking for a female from different bloodlines (most of my stuff is from JKR).

Not sure on my exact plans, just building my army of females based around pied/lavender. Might go the grail route to get into clowns… also thinking of getting confusion in the mix. After seeing how well leopard does with lavs I think confusion will take them to a new level. Lots of directions to go especially with double homozygous breeder females in a few years. Can’t wait!

I can’t wait to make my own plus adding a little banana to it!