His Name Is The Sickness...Royal Diadem Rat Snake ATRICEPS

This little dude might not look like much now but at around 2 years old they go thru an amazing ontogenetic color change. They are also called Black Headed Royal Snake and Pakistan Jeweled Rat Snake. A few pics of him and also included some pictures of the parents so you guys can see what a huge change they go thru. I apologize to the owner of the parents for using his images but I get excited about what he’ll turn out like LOL. 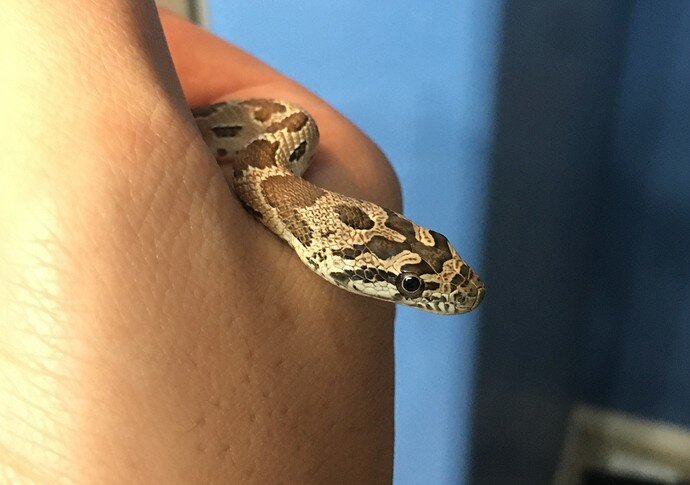 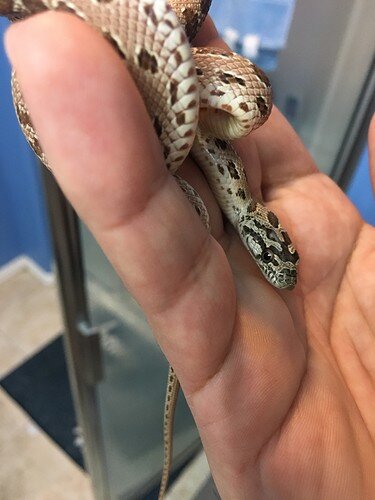 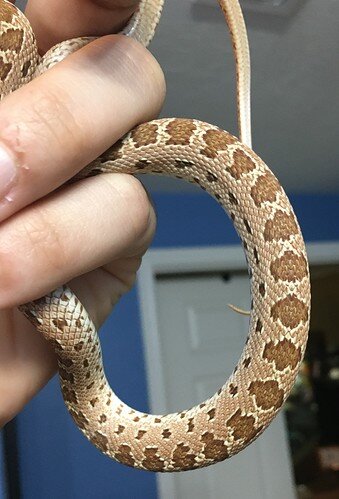 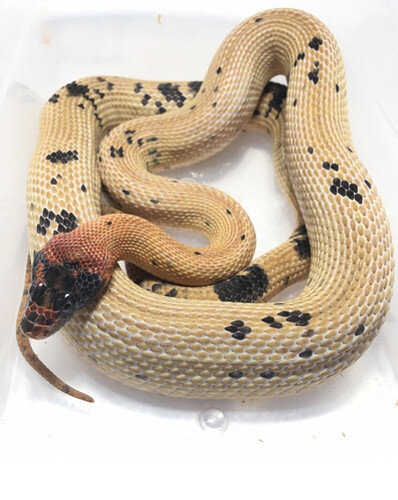 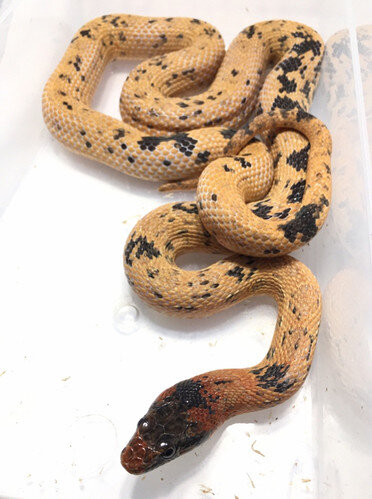 Oh my God, these are my Unicorn! I’ve never been able to get ahold of one. I heard of one guy in the UK with two males but other than that, they seem extinct in the UK hobby. I love their individual black patterns. Best of luck with them!

Well if it makes you feel better you have something I’ve been wanting to get ahold of but no cash to purchase…I want a Lavender False Water Cobra. I used to have a normal years ago wish I had not sold.

The father of this pair is a stunning adult male Lavender, his tongue is a stunning bright mauve-purple! The lavenders are such stunning snakes. Eventually, when they’re grown up I might be hatching out a clutch off them of normals, hypos, lavenders and potentially the as-yet unseen hypo-lavender. It’ll be exciting!

But, no matter how badly I’d like a couple of Atriceps Diadems, they just aren’t available. They’re very occasionally available at Hamm/Houten shows over on the European mainland apparently. However, nobody is 100% sure on what it’s going to be like bringing animals in from Germany now. It’s looking like it’ll be just like importing from the States.

Awesome…Do you have pictures of your Lavenders here on Morph? I’d love to see them.

Unfortunately, mine are hets. It’ll be a few years before I have a visual lavender of my own to photograph.

But an Atriceps Diadem is where it’s at

like a naturally occurring form of calico/palmetto, I really love the random black splashes that make each snake unique. The background colours of sandy orange and that Ruby red head are stunning. They aren’t even all that expensive in the States are they?

I’ve very rarely seen them up for sale and prices for a baby were usually $550-$700. I’m not saying thats what someone should pay for them but I recall those were the approx prices of the very few (about three in 6 years) I saw for sale.

What a unique look! What’s the care look like for these?

They are pretty easy to care for…They are from a arid region and I live in Nevada so no need to use any foggers to increase humidity. I still keep a hide box with some spaghnam moss which I keep moist just in case it needs higher humidity but I rarely see him use it. He prefers a second hide I have for him or he hides under the Kraft type paper I use instead of substrate. They grow to about 5 feet. I keep ambient temps at around 77-78F and basking spot around 87-88F. I keep a water bowl in his enclosure and he gets fed a large pinky 1-2 times weekly.

I bred tons of these back in the mid 90s. I’ve only seen a handful since. Very cool to see someone working with them.

That is going to be one gorgeous snake! I hope you post updates as he develops his speckling, I would love to see how he grows!

Thanks guys…Trust me I’ll definitely be getting plenty of pictures as he changes.