Some updated photos of my '19 super stripe holdback girl, she’s not the most colorful but she’s come a long way since the gray baby days!

To give some background, the SS gene originated from CA stock. It is somewhat poorly named, as it is a recessive gene and does not have a super in the way that incomplete dominant genes do.
The visual form of the SS involves tri-striping - typically one light stripe down the center flanked by two additional light stripes. While hets can also be striped, they are not tri-striped.

It’s worth noting that hets and visuals have a wide range of expression, and adding other genes can cause some confusion in identifying what is what. Hypo can reduce the tri-striping to a singular stripe. Jungles het SS can look like visual SS. SS can do some funky stuff with any bloodline or gene that trends towards abberencies.

Lastly, there’s a lot of non-SS stuff floating around labeled as SS. People like to tack on ‘super stripe’ to anything with a full body stripe, even though the animals don’t have actual SS in them, so lineage is important with these guys! 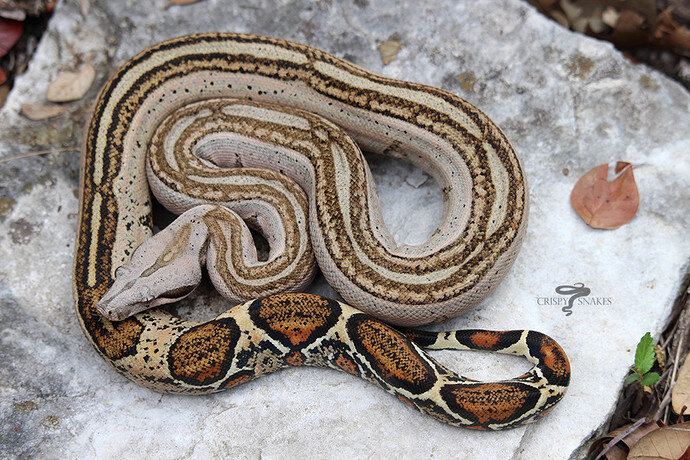 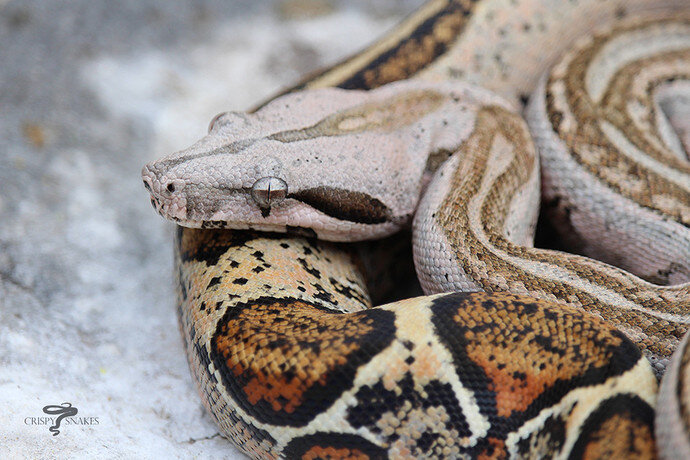 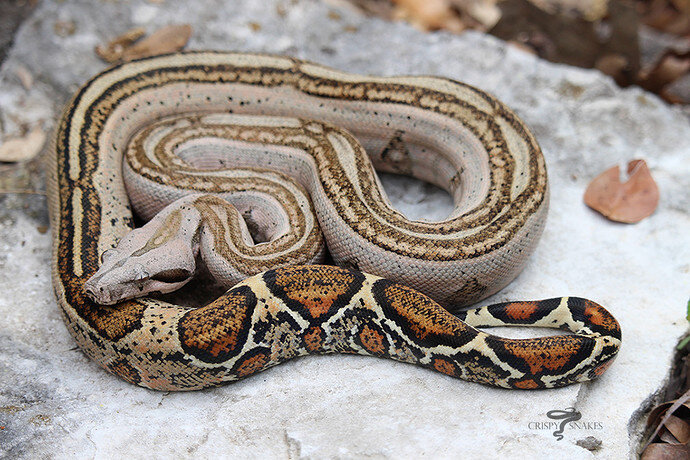 She’s really pretty! The more I look at boas, the more I want one for myself!