Hey guys, I’m pretty new to this. I recently got a nice Rat snake, he was sold as a hypo yellow rat?, I’m not very familiar with rat snakes though 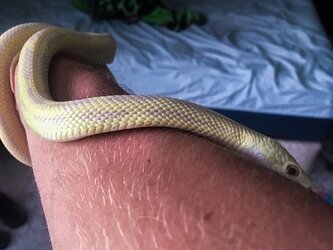 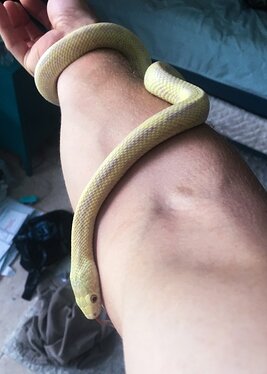 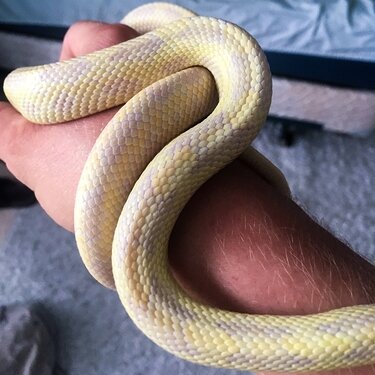 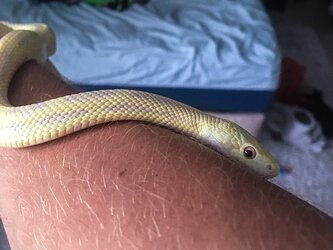 That is a hypo yellow rat alright. The normal yellow rats have dark stripes, and he isn’t an albino. And a fun fact, that is the same species as a black rat snake (Eastern rat snake) and it is just a different color and pattern due to the habitat they are from in the wild.

Thank you, I thought so but don’t know a ton on rat snakes. The seller is known to be reputable, but it never hurts to have a second pair of eyes.

I’ve read that. I’ve been trying to find good info on them but it seems hard to find.

Would you like some tips on care for them? I have a albino striped black rat that I have done a ton of research on and know as much info as I could find (plus experience with the wild ones when field herping).

Absolutely! I’d love to learn more about them

I am going to go ahead and paste some info about them that I have posted in my own thread about by snake. Much easier than typing all of it out again.

They are semi-arboreal and they love to climb and are adapted for it. You should look up videos/pics of them climbing straight up trees, it is impressive. Right now I have her in a smaller enclosure than I would really like, mainly so I can watch her while she is on quarantine and clean easily. I have a simple 29 gallon right now, but I plan to make a larger enclosure myself. The measurements are likely going to be 48x24x30. I may also make it taller than that, or I could just make a section of it a nice climbing space.

They can be kept using ambient temps and you can let them burmate during the colder months as they are native over a large portion of the U.S. (including Indiana). Right now my room temps range from 86°F during the day and around 72-80°F at night. During the colder months it stays in the mid 60s unless I kick my space heater on and then it stays 70-80 depending on how long I keep it on. They keep just like Arizona mountain kings and a few other North American colubrids in terms of temps.

By ambient temps I mean no hot spot, and don’t keep them at anything over 86°F. Sometimes people will say 90°F but that is too hot for them. Once it gets that hot outside most of the time they will be hiding from the sun, and staying in the shade. A lot of the time in their range (a large portion of the U.S. and in some of Canada) it won’t stay that hot for long.